Hasidic hom­i­lies were deliv­ered in Yid­dish, but most of these ser­mons were tran­scribed and print­ed only in Hebrew. It is quite rare to find an entire Hasidic ser­mon (known as droshe or toyre) pre­served in the orig­i­nal ver­nac­u­lar, par­tic­u­lar­ly from the move­men­t’s ear­ly peri­od, in the eigh­teenth cen­tu­ry. There­fore texts like the one below are of great val­ue to schol­ars of Yid­dish lan­guage and Hasidic thought alike. This Yid­dish homi­ly is attrib­uted to R. Aaron ben Jacob of Kar­lin (1736 – 1772), an impor­tant stu­dent of R. Dov Baer (the Mag­gid) of Mezhirech (? – 1772) and founder the first Hasidic com­mu­ni­ty in Lithua­nia. The dif­fi­cult syn­tax, rep­e­ti­tion, and digres­sions are more char­ac­ter­is­tic of oral speech than a writ­ten text, and it seems like­ly that the teach­ing was writ­ten down by one of his dis­ci­ples. We have attempt­ed to retain this oral qual­i­ty in our trans­la­tion of the piece into idiomat­ic English.

R. Aaron’s rel­a­tive­ly sim­ple mes­sage reflects core Hasidic val­ues: sad­ness may have some lim­it­ed util­i­ty, but depres­sion is always a destruc­tive force that inhibits spir­i­tu­al growth. Fur­ther­more, he calls for a mode of piety which exceeds the require­ments of halacha, empha­siz­ing that supereroga­to­ry prac­tices like rit­u­al immer­sion for men and remain­ing in a con­stant state of joy are even more impor­tant than for­mal com­mand­ments. This quest for new ways to express reli­gious devo­tion with­in the man­dat­ed prax­is of Jew­ish law, the obser­vance of which is tak­en for grant­ed, was a foun­da­tion of Hasidic spir­i­tu­al­i­ty in its ear­li­est stages.

A note on man­u­script his­to­ry: This teach­ing was first pub­lished from a man­u­script in Kene­ses yis­roel (War­saw, 1906, pp. 73a‑b), a late com­pendi­um of Hasidic sto­ries and hom­i­lies. It does not appear in Beys Aharon (Brody, 1875), the first vol­ume to present the teach­ings of R. Aaron ben Jacob of Kar­lin, although this vol­ume has pre­served a num­ber of oth­er inter­est­ing pieces in Yid­dish. In 1929 a slight­ly dif­fer­ent ver­sion was print­ed in Khashavah le-tovah (Piotrków), which claimed that it actu­al­ly belongs to R. Chanokh of Alek­sandrow. This con­tention is ulti­mate­ly unsup­port­ed, and is fur­ther threat­ened by the exis­tence of a man­u­script in the Kar­lin­er archive (JER KAR­LIN 123), which match­es the 1906 print­ing near­ly word-for-word. This sin­gle hand­writ­ten page, which belonged to a cer­tain R. Mord­khe Yankev ben R. Yit­skhok, explic­it­ly attrib­ut­es the teach­ing to R. Aaron. A Yid­dish ver­sion is found in Hil­lel Zeitlin’s Arayn­fir in khsides, un der veg fun khabad (New York: 1957, 261 – 62), and Hebrew trans­la­tions appeared in 1926 (Matisyahu Yekhezkel Guttman, Migi­borey ha-ḥasidus) and 1943 (Yis­roel Ya’akov Orten, Toras ha-mides), but the teach­ing appears here for the first time in Eng­lish. Our trans­la­tion is based on the orig­i­nal 1906 print­ing, checked against the Kar­lin manuscript.

Depression (atsves) 1 1 The term atsves has a specifically negative meaning in Hasidic literature. It denotes a type of problematic and debilitating sadness, pessimism, and even apathy, emotions that lead the Hasid to becoming distanced from God and alienated from his spiritual community of fellow seekers. We have chosen to translate atsves as “depression” because of this word’s connotations of a harmful, paralyzing sadness that constricts one’s point of view and impedes religious development. is obviously not a sin (aveyre), 2 2 The word sin (aveyre) here carries the implication of an act that is explicitly prohibited by the Bible or the rabbinic tradition. Depression obviously cannot rightly be described as a transgression in this sense, but, as R. Aaron will explain at length over the course of the homily, the spiritual torpor caused by depression is far more damaging than even the greatest sin. but the dullness of heart (timtum halev) brought about by depression cannot be caused by even the most vulgar of sins. Mikvah is obviously not a mitzvah, since the requirement for most immersion has been annulled, 3 3 b. Berakhot 22a, referring to the obligation of men to immerse themselves before certain religious activities after having experienced a seminal emission. but the goodness bestowed by the mikvah cannot be granted by even the greatest mitzvah. Now when we say that one must be joyful (men broykht simkhe), we’re not talking about the joy that comes from doing a mitzvah. That sort of joy is high-rung, and we can’t expect every Jew to be a on such a high level. Neither do we mean [only] depression—a Jew who doesn’t walk around joyful simply with the knowledge that he is a Jew is acting ungratefully toward heaven. This is a sign that he’s never understood the blessing, “ . . . Who has not made me a gentile.” 4 4 Recited in the morning liturgy. All this groping about, [asking yourself] whether or not I am [truly] a Hasid is just arrogance! It makes no difference if you are a Hasid or a [regular] Jew.

Depression is the depths of hell (shol-takhtes), may heaven save us! And what is the essential nature of depression? It means [thinking] about what you deserve and what you are lacking, whether in physical or in spiritual matters. But this is just self-obsession! What does it matter what we are missing—as long as heaven (i.e. God) isn’t lacking. Our father Abraham might long to trade places with me, but I would have no desire to do so. Now Abraham was a righteous man with so many spiritual accomplishments, and I am a simple person. Yet if I wished to switch places with Abraham, he would become a simple man and I would then be the hero. Heaven gains nothing from this—only I, the one who wishes to become spiritually accomplished. This is still just self-obsession. We must not desire these things, and we should not long for them.

Melancholia (merires) means being brokenhearted (shvires halev), 5 5Merires and shvires halev refer to positive expressions of sadness, and thus occupy a very different place in Hasidic vocabulary than the negatively-inflected atsves. These terms may describe feelings of contrition, inadequacy, or even an overwhelming sense of humility, which derive from the earnest confrontation with one’s spiritual shortcomings. These emotional states are difficult to navigate, but they are crucial because they prevent the Hasid from becoming prideful or haughty and thereby from falling into a type of self-satisfied complacency. As opposed to the despondency and immobility that accompany atsves, merires and shvires halev actually function as important and positive catalysts for spiritual growth. We have thus chosen to render these terms as “melancholia” and “brokenheartedness,” respectively, which capture the unique mixture of bitterness and optimism found in the original. In doing so we also intend to invoke the long and complex association between melancholy and creativity. [understanding] that I have not yet even begun. You cannot advance a single hair’s breadth without total self-sacrifice [and devotion] (mesires-nefesh). [Ask yourself,] “Did I have self-sacrifice?” This means that the opposite of depression is [thinking] I haven’t begun at all! If I haven’t started yet, it’s irrelevant to say that I deserve something or that I am lacking it. Above all I’m alive, and I have what I need; true joy comes from [feeling] bereft of nothing. Therefore melancholia is actually good.

However, [the line] between depression and melancholia is but a hair’s breadth. The entire Torah depends on a hair’s breadth. [What is] the proof? [If an animal] is slaughtered and the majority [of its throat is cut], it is kosher. [If it is only] a portion, it is unkosher. 6 6 Paraphrase of b. Hullin 27a. What’s the difference between a portion and the majority? A tiny amount! Young people “ascend to the heavens and fall into the depths.” 7 7 Ps. 107:26. When one has a broken heart, it can cause him to “fall into the depths”—this is truly depression. Young people must discover the difference between them through [their own] toil.

But I will tell you [the distinction between negative depression and positive melancholia]: if you take an accounting of your soul from a place of depression, it will become clear after you lie down to sleep. You won’t be able to stand yourself, and you certainly won’t be able to stand other people. You’ll be angry and quite irritable toward everyone. This is an indication that your reflection was performed out of sadness. Yet when you are melancholy, it will be impossible to sleep [because of your great desire]. What is melancholia? Feeling that I have not begun to do anything—I long to learn, to pray. I feel like I am a Jew and derive satisfaction from seeing another Jew. I’m not irritated, and regard myself with utmost humility.

But at the end of the day even the most innocent melancholia still shares a connection with depression, and [even] the most common of joys blossoms forth out of holiness. 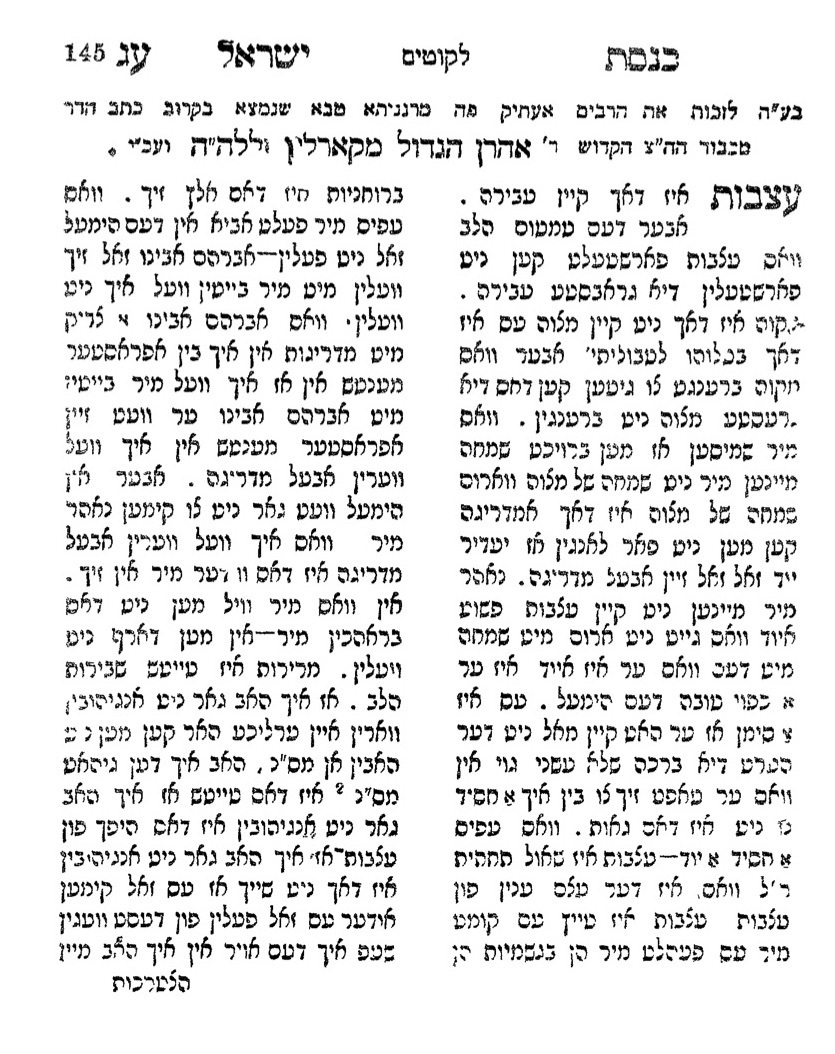 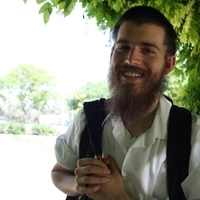 Ariel Evan Mayse is an assistant professor in the Department of Religious Studies of Stanford University. 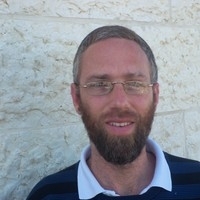 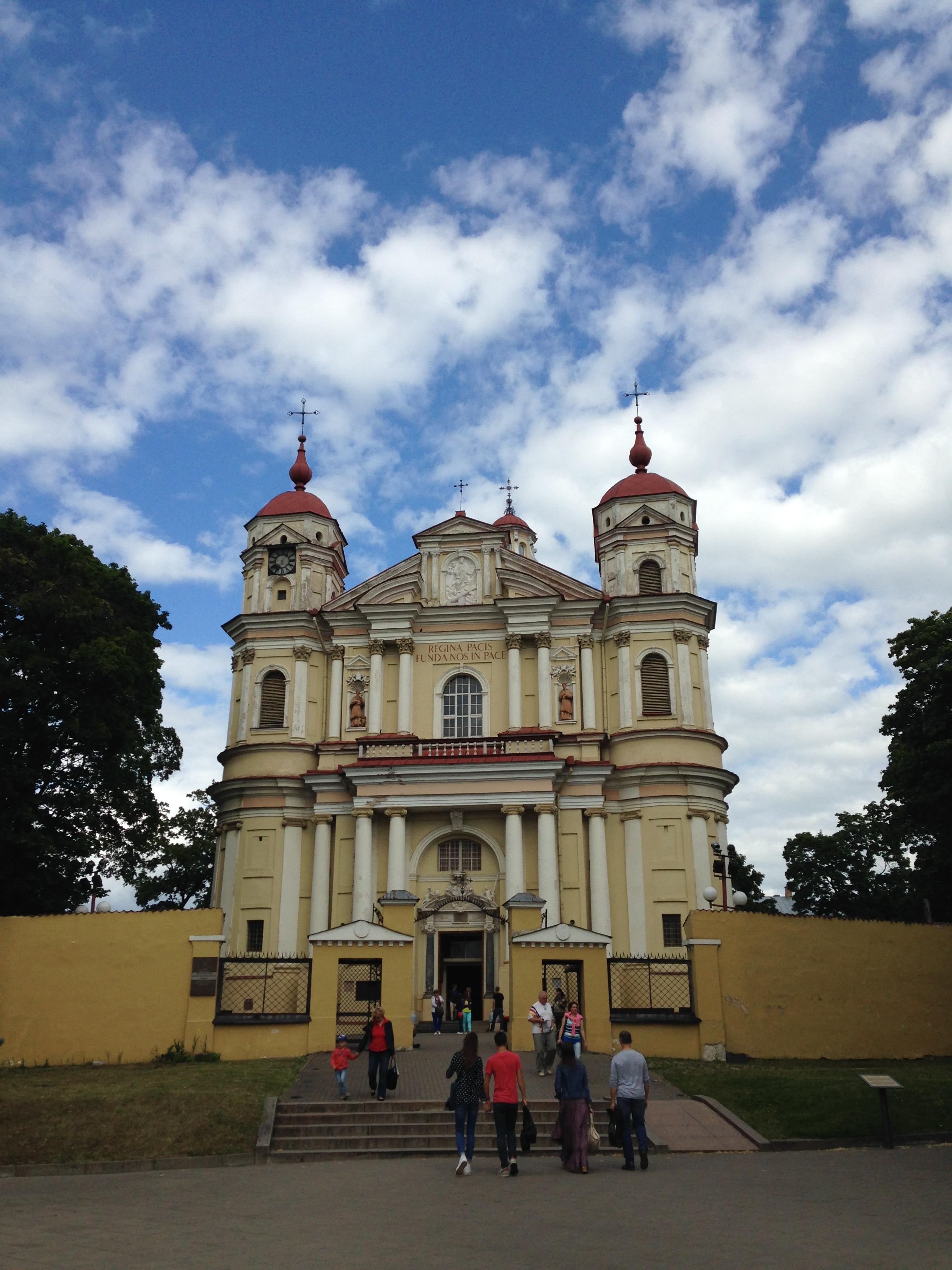 A prose poem from Abraham Sutzkever’s 1975 volume Green Aquarium. “A man with a heavy bag on his back approaches a dark city in a rainstorm...” 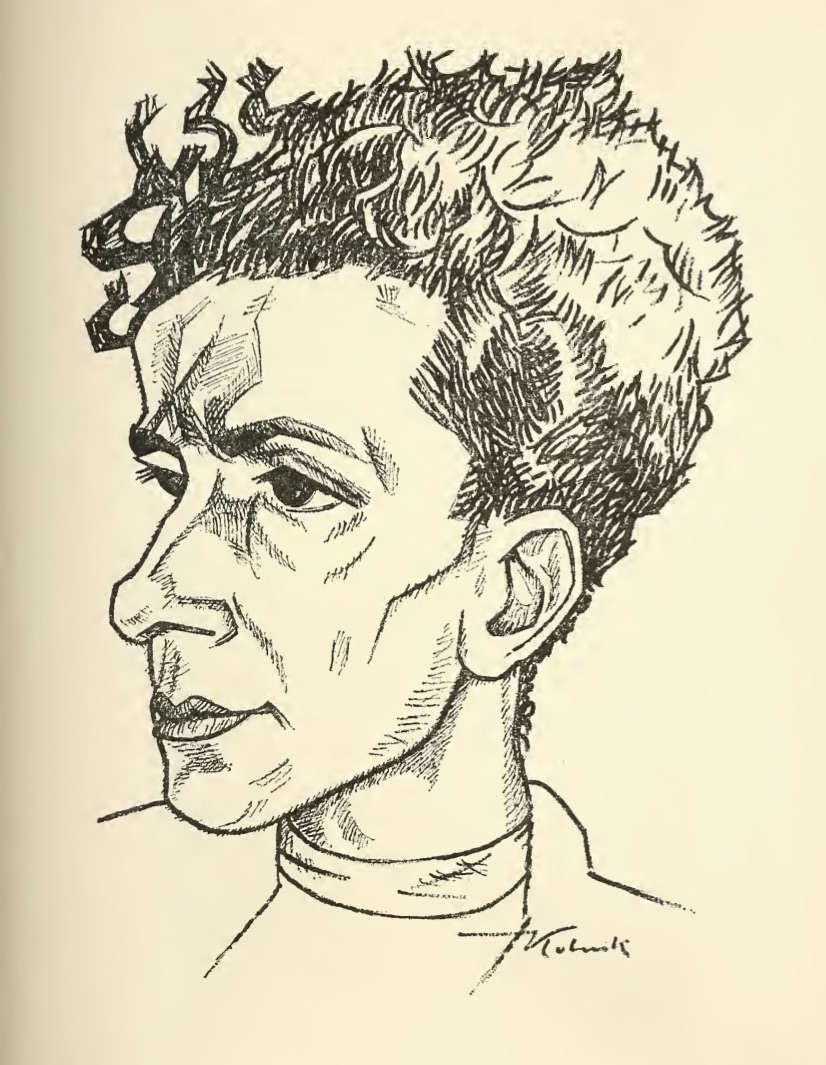