How can we read Yid­dish poet­ry across time to find a new com­mon lan­guage? How can we cre­ate a space for the imag­ined dia­logues of Kadia Molodowsky and Adri­enne Rich with their fore­moth­ers, an alter­na­tive nar­ra­tive of blood and text?

And why should this blood without blemish
Be my conscience, like a silken thread
Bound on my brain,
And my life a page plucked from a holy book,
The first line torn? 1 1 Kadia Molodowsky, Kheshvndike nekht (Wilno: Kletskin, 1927), 11. Translation by Kathryn Hellerstein as found in her “‘A Word for My Blood:’ A Reading of Kadya Molodowsky’s ‘Froyen-Lider’ (Vilna, 1927),” AJS Review 13, no. 1/2 (1988): 55.

In these lines of the first poem of the cycle “Froyen lider,” modernist poet Kadia Molodowsky defiantly describes an imagined dialogue with the women in her family, who come to her at night and lay out their tales of woe and their demands of the poet/speaker. While these are perhaps the most famous lines of women’s poetry in Yiddish, they are not the whole story, because an equally famous second version of them circulates simultaneously:

Your whimperings race like the autumn winds past me,
and your words are the silken cord
still binding my thoughts,
My life is a page ripped out of a holy book
and part of the first line is missing. 2 2 Kadia Molodowsky, “Froyen-lider” in Yidishe dikhterins, ed. Ezra Kroman (Chicago: Stein farlag, 1928), 191. Translation by Adrienne Rich in A Treasury of Yiddish Poetry, eds. Irving Howe and Eliezer Greenberg (New York: Holt, Rinehart, and Winston, 1969), 284.

This version was published in the first anthology of Yiddish women poets, Ezra Korman’s Yidishe dikhterins (1928), whereas the version above appeared in Molodowsky’s debut book, Kheshvndike nekht (1927). The proximity in publication makes it hard to determine which version was written first, or which reflects the poet’s true vision; is she accusing the women in her family of binding her while insisting on her detachment from them, or is she instead questioning why her life should be “a page plucked from a holy book, / The first line torn?” The question mark at the end of the 1927 version simultaneously questions why the speaker should be bound by the thread of the past, but also why she should be torn from it. Rejecting both binary options, mandatory continuity and irreparable rupture, Molodowsky replaces the line of blood with a line of text, bringing the history of the women in her family into being, and connecting herself to it, by virtue of the rebellion that made her a poet.

Yet even this is not the full story, for we are also reading these lines in translation, one by Kathryn Hellerstein and one by Adrienne Rich. Hellerstein represents a feminist attempt to accurately recover and transmit women’s past, while Rich repurposes the past as part of a radical Jewish lesbian politics, daring to translate without knowing the original language.

broken in two by one strange idea,
“blood” the all powerful, awful theme—
what were the lessons to be learned? If I believe
the daughter of one of you—amnesia was the answer. 3 3 Adrienne Rich, “Granddaughter” in: A Wild Patience Has Taken Me This Far: Poems, 1978-1981 (New York: Norton, 1981), 37.

Resisting her mother’s amnesia, Rich echoes Molodowsky’s challenge to a tradition that would force her out of history, at the same time as she refuses blood as the ultimate bond. The surprise at finding this connection between two utterly different women, living in different times, writing in different languages and representing very different relationships to Jewish and literary traditions, is further highlighted in an image that finally proves them to be not as separate as I would have imagined: a snapshot of Rich and Molodowsky together on the occasion of Rich’s translation:

Here we glimpse “the mutually disruptive energy of moments that are not yet past and yet are not entirely present either,” to quote Elizabeth Freeman. 4 4 Elizabeth Freeman, “Packing History, Count(er)ing Generations.” New Literary History 31:4 (Autumn 2000): 729. Here Yiddish and English, as read by Molodowsky and Rich, coexisted even if they could not talk to each other. The simultaneity exposed here does not open a dialogue; rather, it exposes the opposite trajectories of English and Yiddish poetry, embodied in the poets—Molodowsky appears to continue to shrink before our very eyes, as she nears her imminent death in 1975; a year later, in 1976, Rich came out as a lesbian, becoming a radical voice who would no longer be invited to share the spotlight of mainstream Jewish literature.

Their encounter materializes the intergenerational dream encounter of Molodowsky’s Froyen lider poems, if not Rich’s The Dream of a Common Language. But even if Rich and Molodowsky do not share a language, these two very different women can share a page and the stage, creating a community of Jewish women’s poetry that transcends the rushing currents of history, even while, or precisely by, diving into them.

The fact that Rich’s translation was published before she came out makes my reading of it as part of her lesbian politics and poetics anachronistic, and indeed it is the transgression of temporality that stands at the center of my interests. Accordingly, I go even further back, to name the encounter Molodowsky herself stages as queer, not because she was a “lesbian” poet (indeed, she even resisted being included in the category of women writers), but because of the transgressive dialogue it brings into being. Against their will (much as they resist their own foremothers), I recruit both Rich and Molodowsky into my own queer history, reckoning through them, “in the most expansive way possible with how people exist in time, what it feels like to be a body in time, or in multiple times, or out of time.” 5 5 Carolyn Dinshaw, “Temporalities,” in Twenty-First Century Approaches: Medieval. Ed. Paul Strohm (Oxford: Oxford University Press, 2007), 109.

My work in Yiddish studies joins the imagined dialogues of Molodowsky and Rich with their foremothers, talking to them and through them. Staging a cross-temporal encounter that transgresses boundaries of past and present, real and imagined, continuity and rupture, I ask how we might imagine an alternative narrative that builds at once on historicity and contemporaneity, on blood and text. Because neither lesbian history nor Yiddish history have the privilege of continuity, the narrative I offer refuses to be in or out of tradition but rather generates new modes of continuity through the very breaks with and in history. 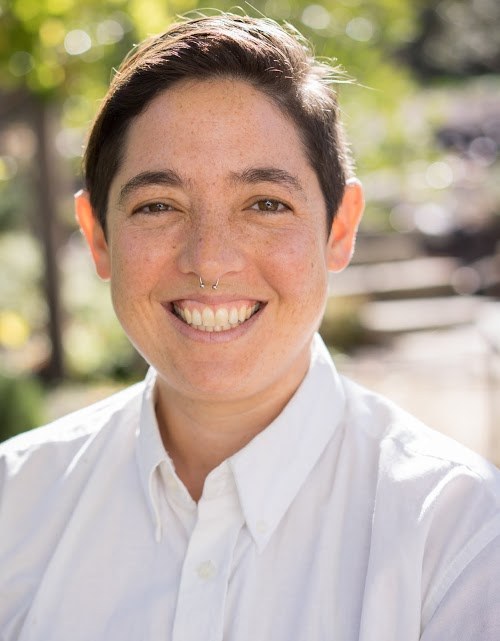 Zohar Weiman-Kelman is an incoming fellow at the Center for Advanced Judaic Studies at University of Pennsylvania and an associate scholar at the Penn Humanities Forum on Sex. 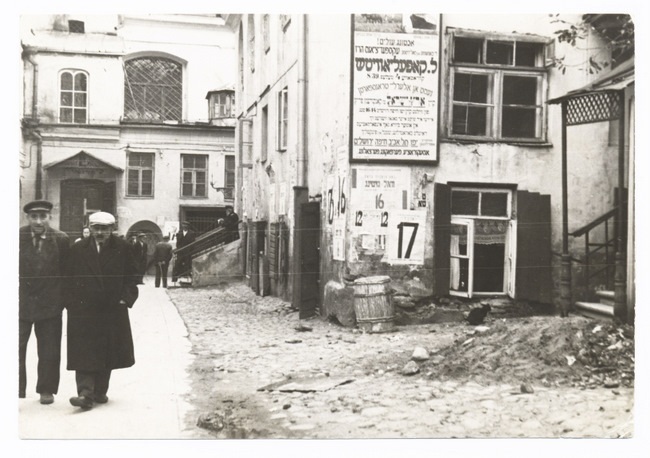