This read­ing guide is the third in a series designed to make our trans­la­tions acces­si­ble for use by edu­ca­tors in a vari­ety of set­tings. We’d like your feed­back to make these guides as use­ful as pos­si­ble. Please write to [email protected]​ingeveb.​org to tell us what you found help­ful, what need­ed clar­i­fi­ca­tion, what you would like to see more or less of, and what texts you would like us to pro­duce guides for next.

If you are inter­est­ed in cre­at­ing a read­ing guide for a text on our site (inde­pen­dent­ly or in col­lab­o­ra­tion with our ped­a­gogy edi­tor), or if you are already teach­ing with a text on our site and have ideas to share, please also write to [email protected]​ingeveb.​org.

Whether or not you are already teach­ing with texts pub­lished on In geveb, we are inter­est­ed in shar­ing your strate­gies for teach­ing texts in trans­la­tion with our read­ers. You can learn more about how In geveb read­ers are teach­ing with trans­la­tions here. It’s not too late to tell us about your own teach­ing! We’re always inter­est­ed in pub­lish­ing reflec­tions, work­sheets, and oth­er resources: send them to [email protected]​ingeveb.​org.

“The Debt” is the story of an abortion, but it is also very much about the way a young woman shapes how she sees herself and her circumstances. The story provides a crafted study in how formal choices in fiction can transform subject matter. The surreal, evocative, and shifting descriptions of the action and the interior world of the protagonist make this story more about self-determination and less about how one act might define an individual’s sense of self. Thus “The Debt” provides a unique opportunity for readers to investigate how language shapes experience—in fiction and in life.

The first paragraph of “The Debt” is blunt and scary: a woman is strapped to an operating table, “legs spread.” If one were to read only that first paragraph, they might imagine a very different story than the one that follows. They might imagine a story that describes an abortion in clinical, visceral detail. Or they might even imagine that the scene is the starting point of a horror story in which the woman has no control.

The rest of “The Debt,” however, defies the expectations set out in that first paragraph. The story shifts its style and its focus from the act of the abortion to the movements of the mind and the eye. It contemplates the economy of the body and sex, considers the models of womanhood from which a girl can choose. As the story continues it becomes less about an abortion, and more about how a woman can define the meaning of an action, and of her own story, through imagination.

“The Debt” would be fitting for university or graduate courses on creative writing, women’s literature, Post-War American literature, translation, Jewish literature, other American voices, politics in fiction, the body, Yiddish writers, and more. The following questions are meant to draw students’ attention to how the imagery, diction, setting, and point of view create the meaning in this story.

Friedman reflects on Lempel’s story in light of contemporary representations of, and conversations and policy about, abortion.

A biography of Blume Lempel that includes a bibliography of her published work.

A collection of Blume Lempel’s fiction. “The Debt” is among the translations that appear in this collection.

This collection of resources discuss the representation of abortion in popular and literary culture. Instructors may wish to ask students to select from among these texts for comparative and/or contextual reading.

Gerstein discusses her desire to represent abortion as a normal medical procedure and the ways that unplanned pregnancy, motherhood, and abortion are sentimentalized and unrealistically portrayed in popular culture.

The piece, which includes an image of Kahlo’s 1932 lithograph depicting her own pregnancy loss, discusses multiple interpretations and descriptions of the work.

A personal essay in which Davis describes her abortion, an unexpectedly harsh experience.

In this interview conducted by the Wexler Oral History Project of the Yiddish Book Center, Sonia Pressman Fuentes, co-founder of the National Organization for Women, tells the story of her mother's experiences with birth control and abortion in Berlin in the early twentieth century.

This collection of resources discuss the representation of abortion in literary texts. Instructors may wish to ask students to select from among these texts for comparative and/or contextual reading.

Marge Piercy’s novel of two young women coming of age in 1950s Michigan and later New York City reflects the dangers of sex at a time when abortions were illegal. In her introduction Piercy reflects on the current battles to ensure sex and reproductive rights.

This story, which takes place in a maternity ward where abortions are also performed, represents the horrors of hospitals for women who have little knowledge or control over their bodies.

Parker’s story is a dialogue between two friends, one of whom has recently had an abortion.

A bestselling novel about a white-collar girl who falls in love with a young socialite. It includes an out-of-wedlock pregnancy and abortion. In 1940, the novel was adapted into a film.

A collection of writing by women translated in Yiddish. It includes poetry, prose, fiction, and memoir.

Beautiful as the Moon, Radiant as the Stars: Jewish Women in Yiddish Stories, edited by Sandra Bark (Grand Central Publishing, 2007).

A collection of stories translated from Yiddish that feature women characters.

The Exile Book of Yiddish Women Writers: An Anthology of Stories That Looks to the Past So We Might See the Future, edited by Frieda Johles Forman (Exile Editions, 2012). 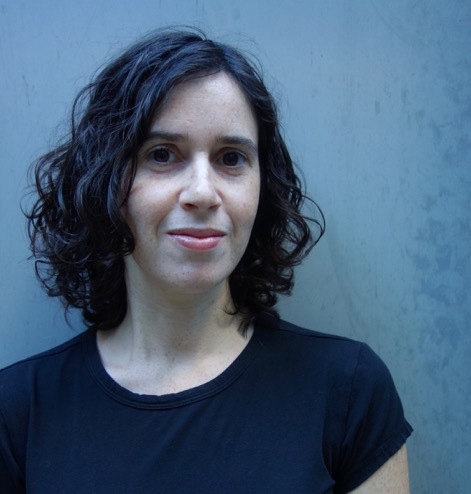 Jennifer Kronovet is the author of two books of poetry, most recently The Wug Test (Ecco/HarperCollins). She co-translated The Acrobat, selected poems of Yiddish writer Celia Dropkin, with Faith Jones and Samuel Solomon. 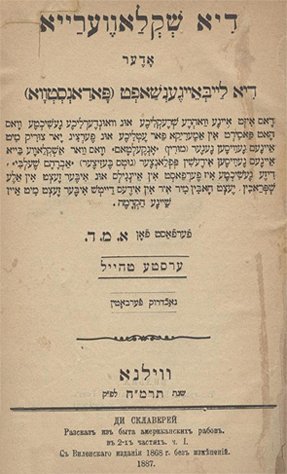 The first in a series of teaching guides, this one for Eli Rosenblatt’s translation of Isaac Meir Dik’s introduction to his 1868 adaptation of Harriet Beecher Stowe’s Uncle Tom’s Cabin (1852). 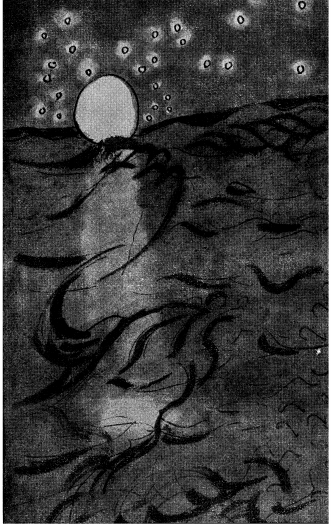 The second in a series of teaching guides, this one for Maia Evrona’s translation of Yoysef Kerler’s poems “Old Fashioned” and “The Sea” (1979).