This is a letter I found during my first research trip to the Instituto Científico Judío (IWO) archive in Buenos Aires, where I first encountered the Musterverk fun der yidisher literatur series— a 100-volume Yiddish series published between 1957 and 1984. Edited by Shmuel Rollansky, a prominent kultur-tuer in Buenos Aires, the geographical reach of the series, its breadth, and the postwar years in which it was published are of central interest to my research. Rollansky was extremely proud of the vast distances his books traveled from the “vaytn” Argentina to Yiddish readers abroad. In the foreword to the hundredth volume, Tsu a nayem lebn, he attributes the success of the series to its accessibility, writing, “der iker (the main point): one sought out the reader.” And readers were found around the world. From Buenos Aires to “every continent,” Rollansky’s books largely came to be owned by individuals, but the series also “count[ed] among its subscribers national libraries, universities, ‘Public Libraries’ and synagogues.”

This letter is from one such institutional subscriber—Queens College—and it arrived at the end of the series’ run in the mid-1980s. At this time, there was only a very small staff still working on the project, perhaps just one or two people besides Rollansky, who himself was already well into his eighties.

The over-the-top venom of the exasperated administrator who authored this letter strikes me as both funny and tragic. The humor lies, of course, in the comedy of errors in which Queens College repeatedly asks for English invoices and continues to get them only in Yiddish. The palpable frustration, highlighted typographically with underlined English and all-caps YIDDISH, would be familiar to anyone who has had to navigate bureaucratic mazes of any sort — and perhaps even more so if those mazes were related to Jewish or Yiddish institutions.

Evidently, the logistical operation of the Musterverk was not only small, but a bit haphazard, too. The series relied heavily on a subscription model that spanned nearly three decades, and while it appears that a large number of receipts and advertisements were saved in the archive, it’s not clear what kind of accounting system was in place to track the sales of books. Combine this with the global scope of Rollansky’s Yiddish readership, and one can imagine the logistical headache that such an undertaking could become. The refusal to translate an invoice out of Yiddish is perhaps not so much the protest of a staunch Yiddishist (although Rollansky certainly was one), but, more likely, a logistical misstep.

The tragedy, however, comes through in the failure of Yiddish to perform what Rollansky steadfastly maintains throughout his series: Yiddish is still vital and useful, a cosmopolitan force, even, that can connect people all around the world. But Yiddish clearly fails here as a means of communication. Because the patron in this case is a public institution and not a Yiddish enthusiast, like most of Rollansky’s usual readers, this particular incident is not too surprising. At the same time, the contentious back-and-forth between Yiddish and English that animates the letter reflects a greater reality. While Rollansky had hoped that printing these books would stimulate a new generation of readers, the majority of his subscribers were native Yiddish speakers whose children (and, even, grandchildren) were often not interested in or able to use them. As a result, the general readership of the series had declined precipitously by the end of the series’ run in the mid-1980s. In this regard, the Musterverk had only limited success. 1 1 Shmuel Rollansky, Tsu a Nayem Lebn (Buenos Aires: Instituto Científico Judío (IWO), 1984), 5. 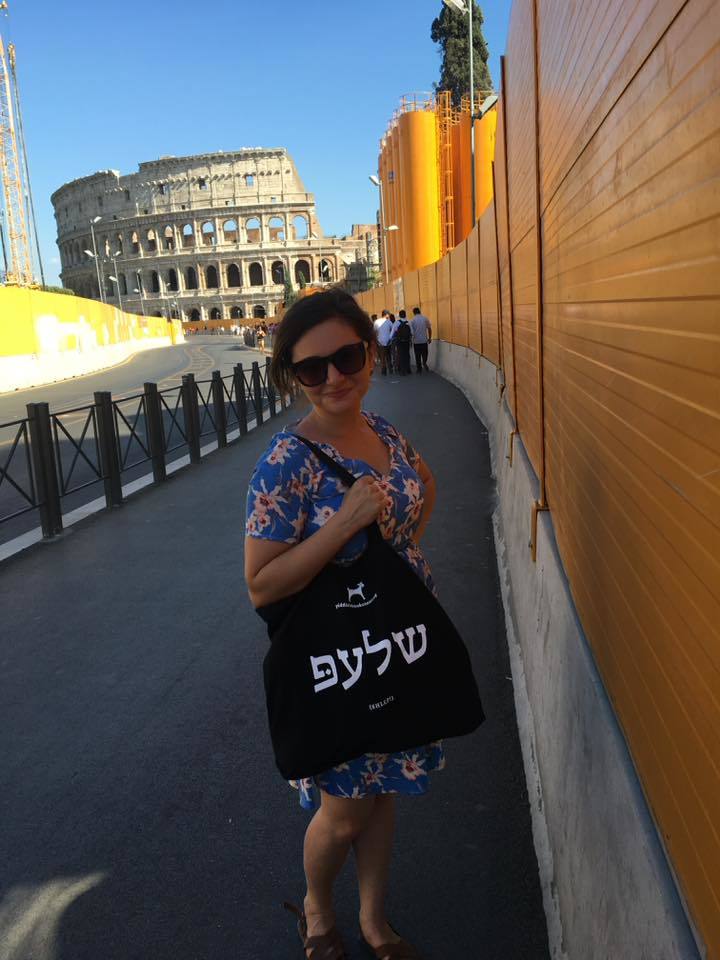 Rachelle Grossman is a doctoral candidate in comparative literature at Harvard University, and she is currently a research fellow at the Jewish Historical Institute in Warsaw. 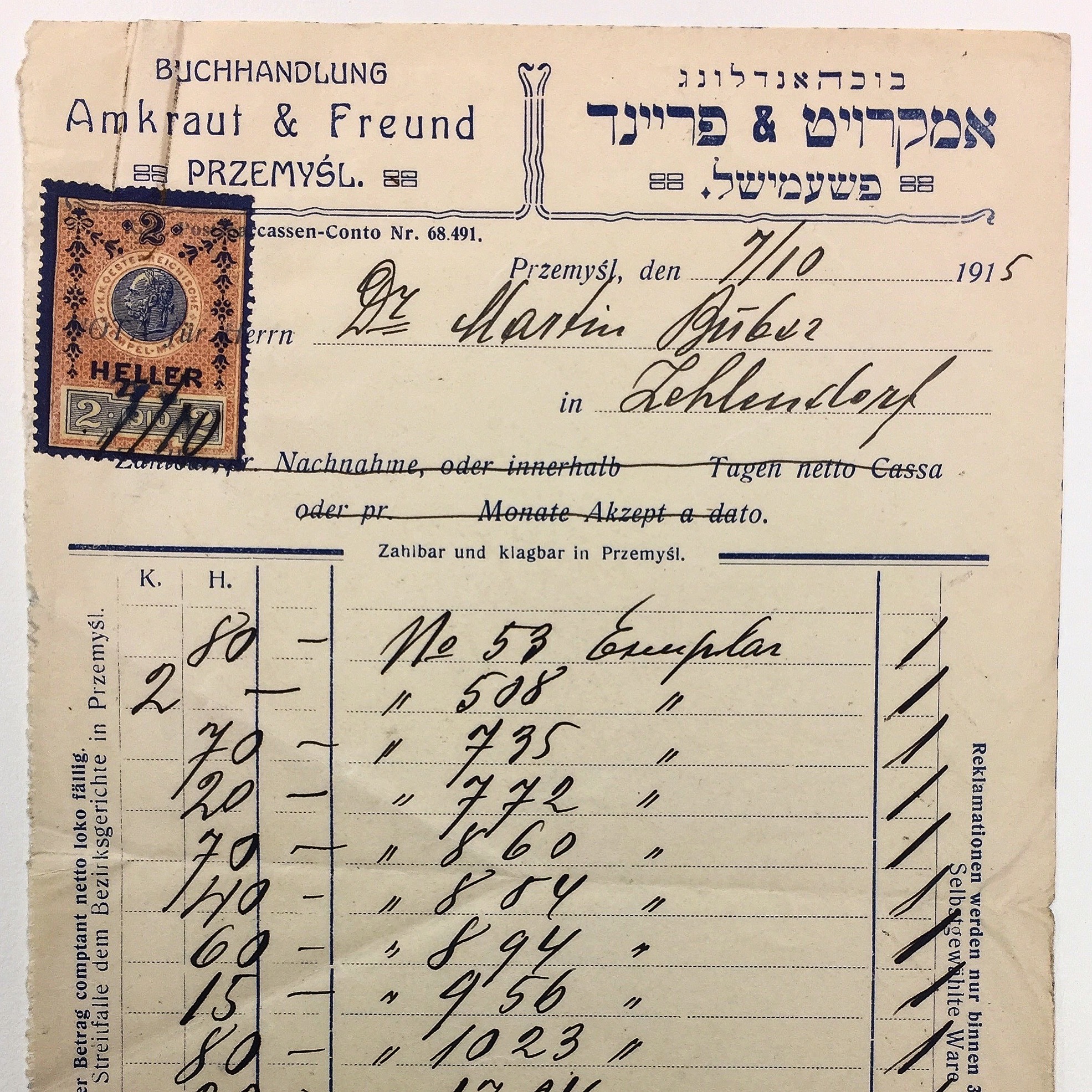 Sam Shonkoff shares a receipt issued to Martin Buber for his purchase of thirty-three Hasidic volumes to be shipped from Przemyśl, Galicia, to his current home in Berlin, in October 1915 — in the midst of World War I and a turbulent year for Przemyśl’s Jews. 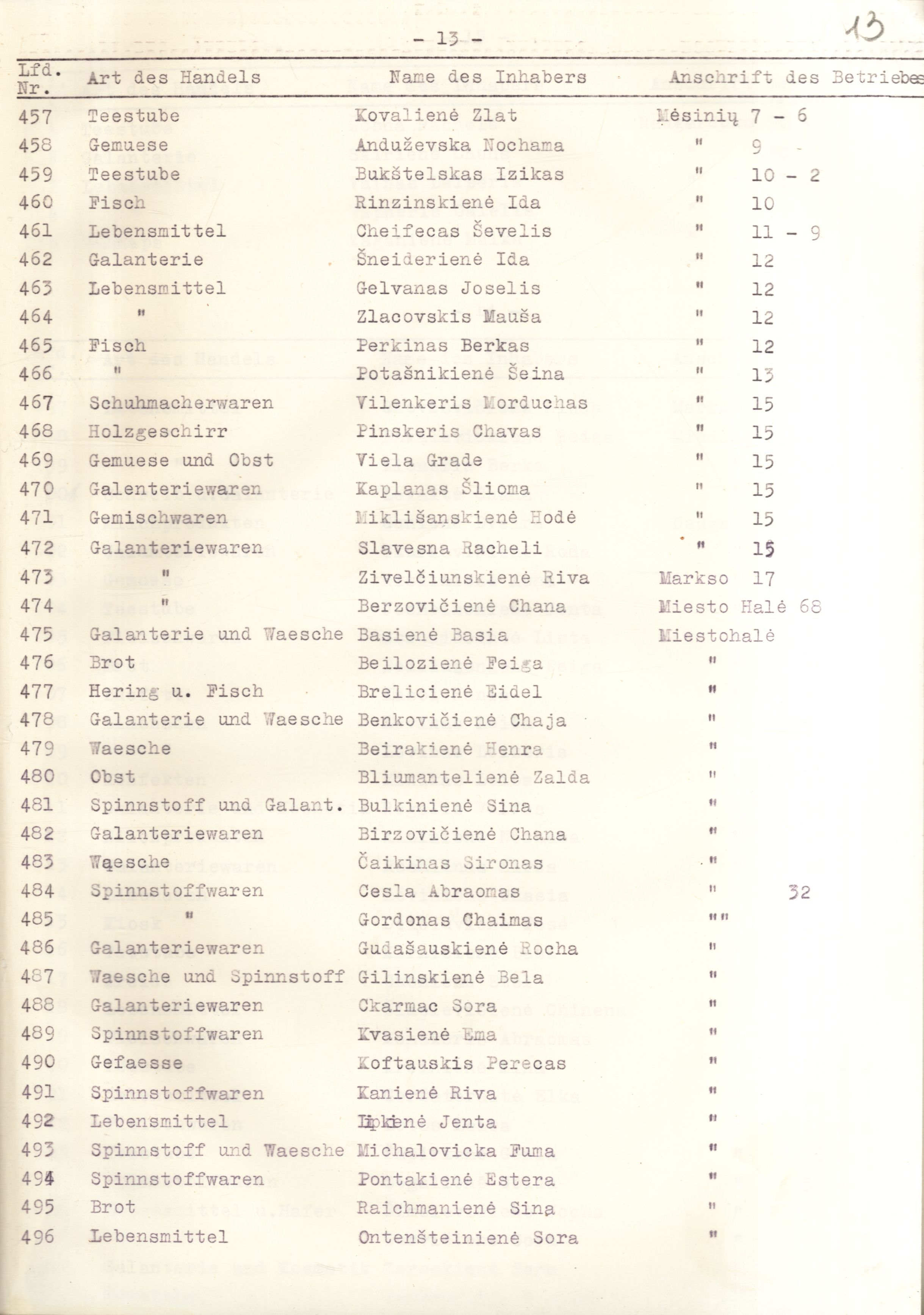