A Jewish Folk Poet in Texas: Chaya Rochel Andres and the Yiddish South

A Jewish Folk Poet in Texas: Chaya Rochel Andres and the Yiddish South

Chaya Rochel Andres was born in Suwałki, Poland, in 1899. She was the second of five children born to Mordecai Meyer and Chana Klejman. Andres attended a private school until the age of fifteen, where she studied Polish, German, French, Hebrew, and Russian. She also discovered Yiddish literature during her teenage years. In 1921, Andres immigrated to the United States to escape an engagement to a prosperous but unappealing financé. As a result, she was the only one of her siblings to survive the Nazi Genocide. 1 1 Chaya Rochel Andres, Zaynen yorn gelofn: mayn lebns geshikhte / Years Have Sped by: My Life Story, bilingual Yiddish-English with English translation by Yudel Cohen, (Dallas: self-published, 1981), 13-17, https://archive.org/details/nybc205792. In America, she lived with an aunt and uncle until she married Harry (Hershl) Andres in 1922, after which she spent much of her time raising their three sons and helping out in the family business, a small grocery store. Years later, Andres returned to her love of Yiddish literature and began writing poetry, eventually publishing four volumes: My Father’s Heritage: Poems (1972) / מײַן טאַטנס ירושה: לידער, For Whom Do I Sing My Songs (1979) / פֿאַר וועמען זינג איך מײַנע לידער, Years Have Sped By (1981)/ זײַנען יאָרן געלאָפֿן : מײַן לעבנס געשיכטע, and Youthful Aging (1990)/ אַ לאַנגער וועג מיט לידער און זכרונות.

Although she expressed a love for Yiddish literature and culture throughout her adult life, Andres was more than sixty years old before she published her first poem, and her first book was not published for another ten years. 2 2 See Andres, Years Have Sped By. My Father’s Heritage, the first volume, is bilingual, in both Yiddish and Hebrew, and the others are Yiddish/English. While the first two contain poetry exclusively, the latter two also include prose memoir. But as the titles suggest, much of Andres’ writing occupies itself with memories and remembering, so the memoiristic material is hardly confined to the prose passages. In poems such as “My Home Just Before the Sabbath” and “Tishe-Bov,” she employs straightforward, heymish imagery that evokes shtetl life and recalls the centrality of religious observance in her childhood home. 3 3 “My Home Just Before Sabbath” first appeared as “מײַן היים ערבֿ־שבת” in My father’s heritage, and For Whom Do I Sing My Songs includes an edited version (“ערבֿ־שבת אין דער היים”) in Yiddish and English translation; “Tishe Bov” appears in Youthful Aging (p. 15 in the Yiddish section, p. 9 in the English section). These themes, along with laments for family members and other victims of the khurbn, reflect her biographical experience, generational status, and historical position. As a folk poet and memoirist, her writing echoes and adds to the outpouring of Yiddish autobiographical and commemorative literature that began even before the onset of World War II.

In her poetry and memoirs, Andres struggles with the impossibility of returning to her childhood home. She conjures her mother’s warmth and her father’s wisdom, the liveliness of the old Jewish streets and the tensions of Jewish-Christian interactions, and the gentle beauty of the Polish countryside. She also contends with the destruction of her family and her community, an erasure that compounds and complicates the temporal and geographic distance between her new and old homes. And it is in the contrasting use of nostalgia, lamentation, and even horror, that Andres’ poetry conveys the depths of her loss.

I did not seek Andres out for her poetry, however. I was interested in her post-immigration experiences and the fact that she wrote her books in Dallas, Texas. I learned about her while researching the history of the Arbeter Ring (The Workmen’s Circle) in the South, a largely forgotten story that enriches our knowledge of ethnic and ideological diversity in the southern past and expands the scope of Yiddish and Jewish-left histories in America.

In 1920, Dallas was the forty-second largest city in America and had a population of approximately 159,000—less than three percent the population of New York City at one-third the density. 4 4 U.S. Bureau of the Census, “Table 15. Population of the 100 Largest Urban Places: 1920,” https://www.census.gov/population/www/documentation/twps0027/tab15.txt. It was not, needless to say, a major center of American Jewish life or of Yiddish literature. Like other mid-size cities, however, Dallas attracted a growing Jewish population, individuals and families who sought better economic opportunities outside the crowded, industrial atmosphere of the urban Northeast. Among the newcomers were a small number of political radicals and secular Yiddishists. In 1908, thirteen years before Andres’ arrival, a group of young immigrants founded a local Arbeter Ring branch, the first in Texas and one of the first in the South. When Chaya Rochel married Arbeter Ring member Harry Andres in 1922, she became a part of the local branch, and she enthusiastically supported the opening of an Arbeter Ring shule in 1926. 5 5 Andres, Years Have Sped By, 27, 31-33. From this early engagement with Yiddish education to her later literary efforts, Andres’ life demonstrates the tenacity with which some East European Jewish immigrants not only imported Yiddish culture to the American hinterlands, but developed dynamic nodes of secular and radical Yiddishkayt that allowed them to actively participate in transnational Jewish movements.

In southern cities such as Savannah, Atlanta, Chattanooga, Shreveport, and Dallas—not to mention urban areas in the Midwest and West—people like Chaya Rochel Andres created local pockets of a Yiddish public sphere that stretched across borders and oceans. Young Jewish activists established libraries, shared subscriptions to newspapers and journals, hosted lectures, dramatic performances, and concerts, and ran after-school Yiddish classes for their children. They worked together to become more literate as the language continued to modernize. In a handful of cases, the movement even attracted Russified Jews who had never read Yiddish prior to their arrival in the South. 6 6 See, for example, the case of Joseph Landau in Atlanta: Joseph Jacobs, interview by Clifford Kuhn, August 15, 1990, transcript, Georgia Government Documentation Project, Special Collections and Archives, Georgia State University Library, http://digitalcollections.library.gsu.edu/cdm/ref/collection/ggdp/id/5779. Although branches of the socialist-oriented Arbeter Ring were the most visible proponents of secular Yiddish culture in the South, several cities also had active chapters of the Farband and International Workers’ Order, as well as a handful of apolitical Yiddish institutions. Rivalries and competition among these secular and left-wing organizations further demonstrate the extent to which immigrant Jews sought to build new types of community outside the urban North. They worked hard to stay abreast of new political and literary movements, and the impassioned leaders of the various factions were willing to risk fragmentation in the interest of building a cultural and political future they believed in.

Chaya Rochel was not the only Arbeter Ring member to write about southern Yiddishkayt or to commemorate the triumphs and struggles of the organization’s southern branches, but her memoirs and poetry provide exceptionally rich illustrations of her attachment to Yiddish language and culture, even as she built a new life in the South. Recalling the first time that she met her husband, Harry, she wrote:

“My Uncle welcomed him very courteously, brought him over to me, and said: ‘this is my niece, Chaya Rochel, from Poland. The one you have been awaiting so impatiently!’ And to me, he said: ‘This is Harry Andres—get acquainted.’ I asked the young man to sit opposite me. I looked at him thoughtfully, and said, as if in a soliloquy … ‘The young man speaks a good Yiddish, and I like his accent.’ I sought no other virtues at that time.” 7 7 Andres, Years Have Sped By, 24.

Through poetry—which she did not begin to write until after her children were grown—Chaya Rochel expressed her love of Yiddish, even as its vernacular use became less common in the Dallas Jewish community. By sharing poetry with editors and other authors, she maintained an active Yiddish correspondence. Furthermore, she helped to organize a local Yiddish club and even read her poetry on local radio and television broadcasts.

When I read memoirs by Chaya Rochel and other southern Arbeter Ring members, I am always curious to understand how they felt about American (and American-Jewish) culture. They express enthusiasm and gratitude for the material comforts and civic freedoms that their children and grandchildren enjoy, even as they mourn the decline of a secular Yiddish world that was so vital to their early experiences. Chaya Rochel demonstrates this ambivalence in her poem, “The New Life / דאָס נײַע לעבן,” the only one in Years Have Sped By that is not translated in the bilingual volume. The title (as I understand it) ironically refers to Chaim Zhitlovsy’s Yiddishist journal, contrasting the former promise of a flourishing secular Yiddish culture with the reality of American Jewish life in the late twentieth century. It is the last poem in the book, and although a footnote acknowledges the lack of translation, there is no explanation as to why. I will propose three reasons, none of which are mutually exclusive. First, if the poem offers a critique of Jewish acculturation into American society, then translation into English would undercut the importance of Andres’ continued use of Yiddish. Second, Andres published this book, which included prose memoirs, in large part to preserve family history for her children and grandchildren. She may have hesitated to openly express her misgivings about contemporary American life in that context. Third, the untranslated poem might function as an incentive for later generations to learn Yiddish—a coded secret at the end of her book.

If you look at things frivolously,
And take everything in fun,
Your life will become mundane,
You’ll be among the tedious ones...

You scarcely wish to revive your world,
And you’ve spotted a ray of light?
Strive for sun and brightness,
Block the way to injustice and suffering


Days and years pass by,
springs, summers, falls and winters...
You encounter many thorns on the way,
If you triumph, you remain chipper,
And you don’t fall down.

Don’t get bored, and don’t be surprised
That time passes by too quick
Grasp the song of eternity
In the trill of a whistling bird

Time moves to difference,
Fit yourself in a frame...
You’ve lived stubbornly long enough,
You too will be swept downstream!... 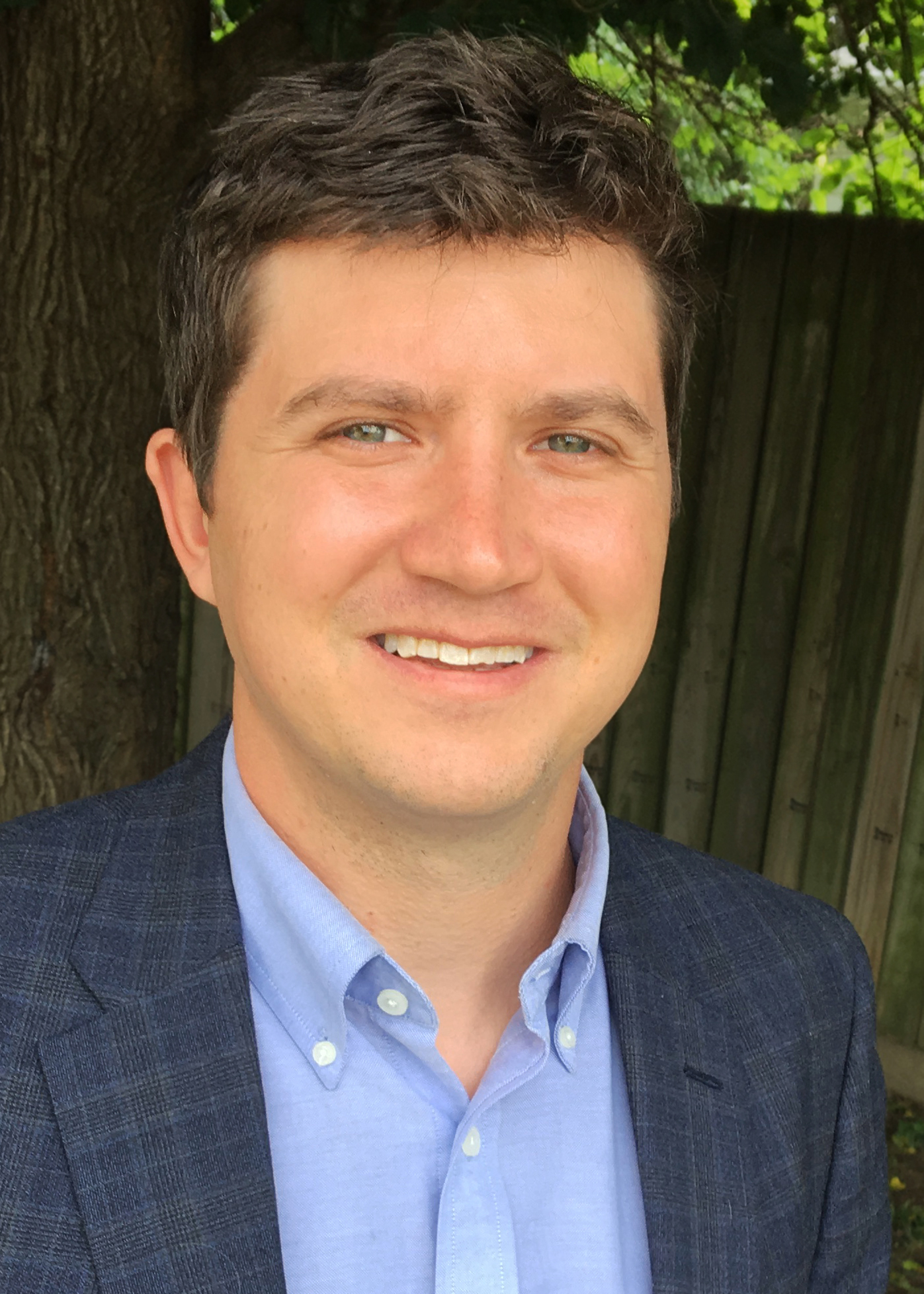 Josh Parshall is the Director of the History Department at the Goldring/Woldenberg Institute of Southern Jewish Life, based in Jackson, Mississippi. His academic interests include southern/Jewish histories, secular Yiddish culture, and Jewish politics. He holds a Ph.D. in American Studies from the University of North Carolina at Chapel Hill. Josh hopes to someday write a cultural history of bicycles in America.

Sewn with the Tiniest of Pearls 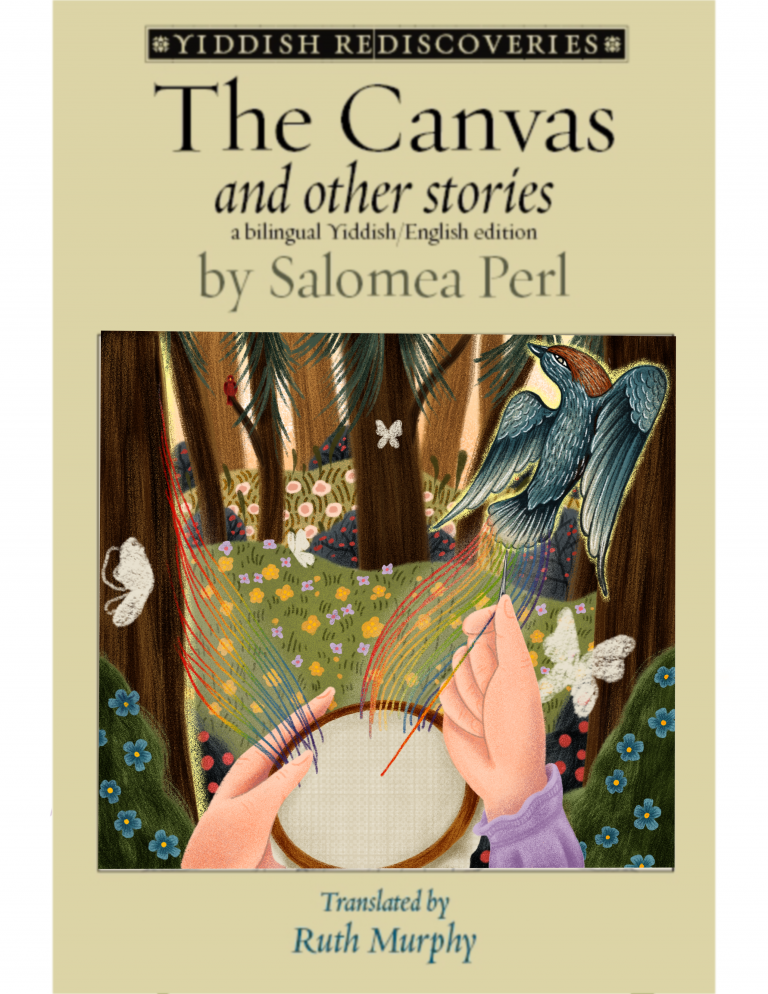 Murphy’s translations of Perl’s stories allow us to appreciate an ever more colorful canvas of modern Yiddish literature.

Diary of a Lonely Girl: A Queer Reading 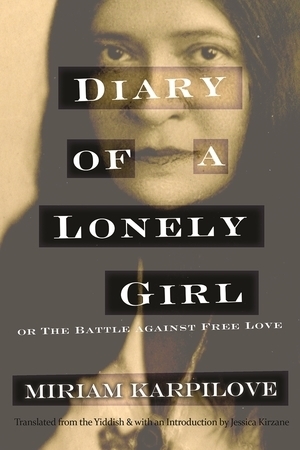