Ivan the road warden often came to visit Aunt Nikhe in Mistebove, where she now lived in Barash’s house. There were two large, whitewashed rooms, warm and bright. There were copper utensils that hung on the walls, and pristine bedding.

Iser would visit from Svislotsh every Shabbes to pray and speak with Barash. Iser and Nikhe lived peacefully and quietly in their old age.

But the next time Ivan came to Mistebove to visit Nikhe, he saw a familiar pair of eyes which he recognized from all those years ago.

Where had she come from, young Lurie’s wife? What was she doing there? And why did she look so pale?

He reached out his hand to her, and she responded with a smile.

The old woman beckoned to Ivan, and they went into the other room together.

“You remember how she once ran away from Grodno. She was just a little girl then, you remember? Well, now she’s run away again. She turned up ten days ago, half frozen and mute.”

“Ran away? From Grodno, from her husband, from such wealth?”

Ivan left. He understood that he was in the way.

Indeed ten days previously Tsilke had arrived unannounced. It was night-time, Nikhe opened the door and Tsilke slunk in like a shadow . . .

“Tsilke!” Aunt Nikhe had called out, thinking it was a dream,

But there she was, standing before her. She threw her arms around Nikhe’s neck, kissing her and weeping.

“What happened? Why did you come?”

“Strange, so strange, everything there became strange to me . . .”

And that was all she would say.

The next day, old man Lurie arrived. He’d come himself to find his son’s wife who’d snuck out and ran away.

He explained to Nikhe that Sasha had gone away to St. Petersburg for a short while, on account of his papers and that, before he left, Tsilke and he had exchanged angry words.

And since then she had been silent . . .

She had cast aside all her new clothes and jewellery.

And finally ran away.

Lurie approached Tsilke and spoke to her, imploring her to return with him to Grodno.

“I never want to go back there.”

“And what about Sasha? You don’t want to see him again?”

She became pensive. Such a happy summer it had been, he had lain with her by the stream for nights on end. He’d spoken such tender words to her, he had held her in his arms . . . Those were such precious, radiant days . . . The forest sang deep into their souls . . . That summer.

Now she sat wrapped in her aunt’s headscarf, gazing out the window at the low cottages, which appeared to be covered in white blankets, and beyond the cottages she could see the woods and a wide, endless sky . . .

Then Lurie whispered with Aunt Nikhe in the next room.

Two days later he returned, not alone this time, but with Hela. They both tried to talk Tsilke into coming with them.

“No,” she shook her head, the hint of a secret smile on her lips.

Hela explained that a letter had arrived from Sasha saying he would be coming back from St. Petersburg soon. He asked them to keep an eye on Tsilke and to love her, promising that when he gets back he will be a better man, will never offend her again . . .

Lurie left the room, and Tsilke stayed alone with Hela.

But the Luries returned to Grodno empty handed . . . Leaving the townsfolk baffled:

They told the story in hushed tones in every house, as though cowering from a sudden thunderstorm, striking in mid-winter over the white roofs . . .

They watched Barash’s house, where Aunt Nikhe lived, as though it hid some great mystery. But Nikhe kept the door firmly shut and did not pay anyone a visit.

It was winter. The days were white, the cold sun shone in millions of brilliant sparks. If a drop of moisture happened to thaw, it froze again immediately and remained there shining toward the sky . . .

News of Tsilke’s return soon reached Froyke Barash. He had long ago returned home. His father visited him several times in Volkovysk, before eventually bringing him back to Mistebove.

And he seemed to have grown into manhood . . .

Not once had he gotten drunk since he came back . . .

He kept himself to himself, and helped his father.

Now he pricked up his ears, lapping up every last word about Tsilke he could catch.

“The foreigner” must have insulted her, that must have been it . . .

Tsilke gradually regained her equilibrium in those two enclosed rooms. Several times she had started to speak with her aunt but always trailed off mid-sentence.

“But, child, they have such wealth, so many rooms.”

“No, that’s not what I mean! It’s suffocating there, I could hardly breath . . . In the forest, when I opened the door, I’d see the woods straight away, I was able to run . . . But in Grodno—open the door and there’s another door behind it, and streets full of buildings, all so strange and unfamiliar . . .”

“But why did you run away? You love Sasha, don’t you?”

“He’s distant. Even that summer in the forest there were times when he would not speak and I felt afraid of him . . .”

Gradually her aunt drew the whole story out of her, about the books Sasha read constantly, the billiards, the time he shouted at her in anger because she had followed him.

“Yes, Aunt, at first it was all so exciting: everyone loved me, gave me new clothes, but Sasha grew further and further away from me . . . I could see it and feel it.”

“What will happen now? You’re still his wife. If you don’t go back it will bring terrible shame on your father. And what will become of you?”

“No, Aunt. Whatever happens, I’m not going back to Grodno.”

A silence hung in the room. The winter sun was setting. Occasionally a cart would creak past, a sleigh. Children played in the snow, but the cries and laughter of the children did not cause a racket. The great silence of the forest and fields also lay over the village . . . A crow flies past and croaks a message: that life is cruel, kraa!

In the houses people were lighting fires, the wood crackling in the stoves. Feather-plucking season had returned to Mistebove, but every few minutes someone would pause in their work to gossip about Tsilke:

“When you’re in love, wealth and poverty are all the same.”

Then they would forget about Tsilke for a while, and go back to plucking feathers and singing songs.

The song slipped outside, occasionally reaching as far as Tsilke’s ear . . . it reminded her of other days, happier times, when she was also afraid of noise and people.

Now she felt that people were always out to trick her . . . She wrapped herself tighter in her aunt’s headscarf and thought about the forest.

She decided she would wait a while, and then she would visit their old house to see for herself what it looked like now.

Aunt Nikhe sat on the other side of the room, glancing at Tsilke from time to time. Lurie had said that she was melancholic, that she shouldn’t be provoked.

Iser came for Shabbes. He’d already heard his daughter had run away from Grodno.

When he learned the news he had mumbled to himself:

No one understood what he meant. He arrived in time for Shabbes, silent as always. He said a few words to Tsilke to reassure her that he was not angry. Tsilke burst into tears, and Nikhe did not budge from her side.

The villagers had begun to get used to the new circumstances.

Some neighbors paid Nikhe a visit, to speak about other matters and catch a glimpse of Tsilke.

Froyke’s sisters also came by, and Tsilke was more friendly with them, she spoke with them and even told them about Grodno.

The sisters then reported back what they had heard.

He was somehow overcome by a new joy: Tsilke had said herself that she would never go back to Grodno . . .

And when Tsilke said something, she meant it. She was headstrong—all people who live in the forest are headstrong—so his grandfather, the Nikolayevsky soldier, has said.

And he went back to polishing his boots. Whenever he saw Nikhe, he greeted her with a friendly, “Good morning.”

He regularly told his sisters:

“Pay Tsilke a visit, she’s all alone after all.”

And when his sisters returned, Froyke would hover around them, looking them in the eye, itching to get a word out of them.

“She’s not melancholic at all, that Tsilke,” said one sister.

“She laughed today and told stories about the Luries,” said another.

“Old Lurie would sit her on his knee and call her Kozke. And they were all very fond of her.”

“Then why did she run away?” Foyke asked.

His sisters did not know. Tsilke had not told them why she ran away, nor had she said a single word about Sasha.

But her Aunt Nikhe was telling people that Tsilke had not been able to get used to the city ways, and yearned for home.

Soon people could hear Tsilke’s singing voice whenever they passed below Nikhe’s window.

She was singing; she was alive again.

Nikhe was happy: Tsilke would make a full recovery; she would soon come to her senses and go back to Grodno.

In the meantime more and more girls gathered around Tsilke, drawn by a great curiosity.

When they left, the friends would say:

“She’s really a strange one, up and ran away from her husband, from such a rich house . . .” 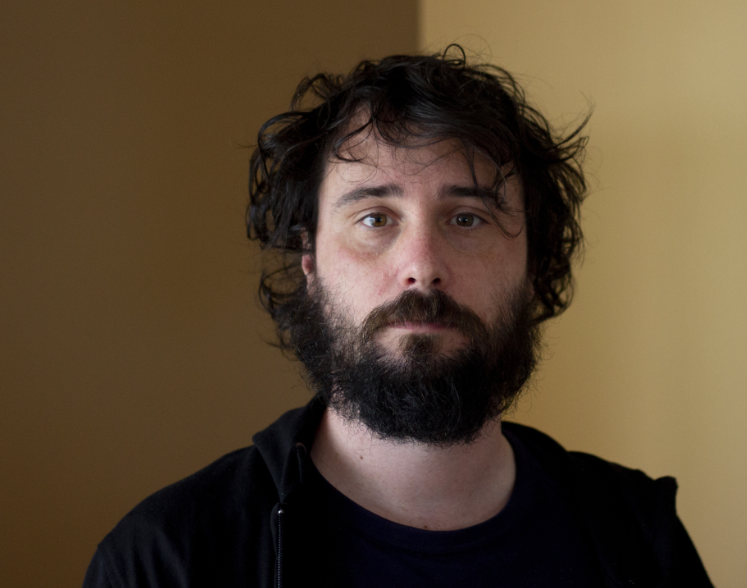 Daniel Kennedy is a translator based in France.

A serialized novel in translation by Zusman Segalovitsh 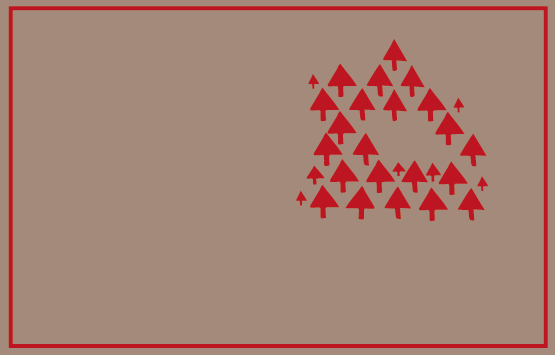 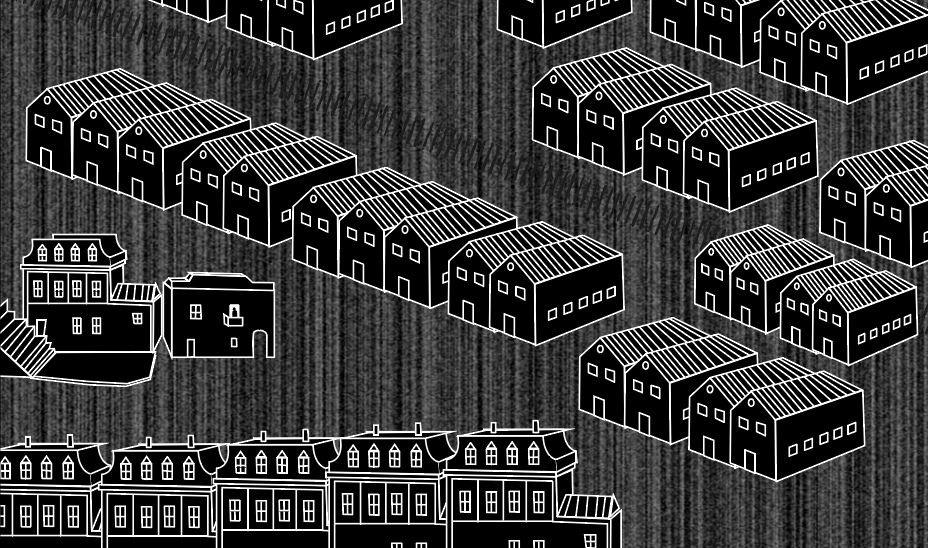