Click here to read an excerpt of Boyarin’s translation

Through most of my twenties, I tried to escape the awful, unreasoning pain of the Holocaust and the attenuation of Ashkenazi culture, fleeing the shadow it casts over the Yiddish world. In my youth, growing up on the Lower East Side of New York in the ’80s and ’90s, I had enjoyed intimate, passive exposure to the language, hearing it at home from my Yiddishist parents and in the crumbling tenement shuls of my childhood, from the shuls’ stubborn, proud, poor, elderly congregants. All of them were survivors of one form or another; some of them survived the Holocaust, but very few lived to see their language spoken by their children or grandchildren. When I studied the language for two summers in college, it felt less like I was learning a new language than like I was waking up from a dream of forgetting. The reality I was waking up to was one of stunning beauty and overwhelming tragedy, beyond my youthful capacity to endure. I wouldn’t touch it again for seven long, uneasy years of wandering in the lonely, sanitized desert of white American culture, a drought that lasted until, too thirsty to stay away, I began to draw again on the deep wells of thickly enacted Jewish life. This began four summers ago, with a two week stay at Yiddish Farm.

It was in the Yiddish Farm library that I happened across Mordkhe Wolfshaut-Dinkes’ Holocaust memoir, Checkmate: The Miracle of My Life. The author was from Przemysl, a day’s wagon ride from my mother’s family’s shtetlakh of Dobromil and Tyczyn. He was a shloser (a locksmith and metalworker), a union organizer, and a local leader of linke poyley tsion, the Yiddishist, socialist Zionist party. His account of his suffering and efforts for survival was unsparingly, brutally painful, but tempered by his unerring sense of ahaves-yisroel, his love of yiddishkeit and Jewish people. I had a gut feeling of curiosity and connection (to be distinguished from identification) with the author, which led me to read and ultimately translate his memoir. I woke up to the reality of Wolfshaut-Dinkes’ nightmare, as well as to the lively and robust familial, ethnic, and lingual connections that intertwined his story with mine.

At moments, it was the act of reading the text itself that stirred me. I read how the author, along with much of the Jewish population of Przemysl, had been rounded up by the Nazis into the city’s open-air cattle market, which had been turned into an assembly and deportation plaza. Through a combination of chutzpah and circumstance, Dinkes had been tasked with selecting a few hundred able-bodied men who would be spared from deportation in order to continue their slave labor in the local Nazi workshops. Suddenly, “walking around the rows of seated Jews,” he recounts, “I heard someone calling me, ‘Motele, Motele!’” He continues:

I wondered, who could be calling me by my childhood name? I walked closer and saw a Jew, whom I didn’t recognize at all. His wife was sitting next to him. Her, I recognized. She was the rabbi’s wife, and he of course was the Dobromiler Rebbe, from Bashtove Street. He had been a Jew of stately appearance, with a beautiful beard and peyes. But the day before we had to go to the deportation plaza, he had cut off his beard and peyes, like many Jews who were afraid lest the Nazis tear their beards out.

I gasped out loud. The author’s own shocked recognition mirrored my own. Dobromil?! Dobromil was my great-grandfather Abe’s home shtetl! Suddenly, I had inherited a Dobromiler Rebbe and Rebbetzin, whom I’d never heard of before. These were likely my family’s rebbe and rebbetzin before they moved to Przemysl. But oy, to meet them like this, not at home, or at shul, in the height of their power and dignity, but huddled together in fear? Dinkes was also moved by their plight.

I asked him: ‘Rebbe, do you want to go down from here? I will do everything in my power to free you.’

And just as quickly as I had inherited their memory, my rebbe and rebbetzin were gone, leaving me a lasting impression of the rebbe’s courage and loyalty, and the strength of their love for one another. (As for the rebbetzin, was she really silent, or did the author fail to report her words?)

In the opening pages of his memoirs, Wolfshaut-Dinkes reminisces about pre-war Przemysl, a city I had never heard of before reading his book. Among other things, he boasts of its printing press, Fraynd and Amkroyt. He claimed that “its books circulated across the entire world.” The week that I completed my translation, my cousin Linda gifted me a few pieces of Judaica that had belonged to her husband Mayer, may his memory be for a blessing, whose father Abe was a landsman and first cousin of my great-grandfather Abe. Among the items was a tattered siddur, its cushioned, brown leather jacket torn and peeling. Linda explained to me that Mayer had found it at a yard sale, and feeling that it looked old and unusual, bought it for a dollar. When I opened up to the title page, I saw that it been printed in Przemysl by Simkhe Fraynd, in 1927. I felt moved to honor this almost-obliterated trace of history which, saved by a mixture of serendipity and sentiment, had come to be held in my hands. I had it re-bound.

This past Rosh Hashanah, I recited Yiddish supplicatory tkhines from the siddur while I cast chunks of bread into the water, magicking away my sins. Standing there on the banks of the Hudson River, on Lenape land conquered by means of genocide, entreating God to grant me another year of life, using my foremothers’ words in a tongue and from a book that were partially orphaned by history, I could not help but feel the preciousness of my life and the reality of its precarity, the narrow bridges which this siddur had crossed, which my great-grandfather Abe had crossed by escaping Poland in 1933, which Wolfhaut-Dinkes crossed to survive from one camp to the next, which the Yiddish language crossed to dance on my tongue.

The inverse of this awareness is a politics of domination. James Baldwin argued that white America’s strategy of self-preservation at all costs, including the horrific exploitation of Black bodies for profit, relies on a fundamental denial of common vulnerability and interdependence. Judith Butler adds that to deny the pain of the past is to both deny the universal condition of precarity--that we all inherit and endure pain, loss, death--and also to deny the ways in which political systems make some bodies, but also some ideas, some languages, some stories, some cultures, more precarious, more vulnerable to violence and erasure.

And of course, to deny the pain of history, as I did during my seven long years away from Yiddish, is to forfeit the chance to learn from it, to develop our own political claims on its lessons. For instance, as I read Checkmate, I was struck by the ways the Holocaust was made possible by the relatively recent technologies of well-organized railway systems, machine guns, racialized pseudo-science, and a bureaucratic identification system that tracked and trapped Jewish and other unwanted bodies--belying modernity’s promise that technological progress heralds social progress. I was also struck by how the Nazi anti-Jewish genocide relied to a great extent on the explicit cooperation of Lithuanian, Polish, and Ukrainian Christian nationalists, fascists, and opportunists, and the almost complete failure of solidarity on the part of Slavic Christian socialists (who of course were suffering their own degree of heightened precarity under Nazi rule).

My white, male, American, Jewish body is precarious. So is my history. And yet--so is everyone’s, and some more than others’, some more than mine, some endangered for the sake of my safety. I do not stand alone in time or space, unassailable and unaccountable, as much as patterns of white and male dominance have taught me to try to do so. My history, present, and future contain terrible pain. It has simply become more worth it to me to accept that pain than to deny it, because its denial is a denial of the beauty, love, and power that come with peoplehood and collective memory. Acknowledging this compels me to acknowledge others’ racialized or gendered precarity.

The miracle and awesome obligation of translation is its act of transmission, across difference, of the unforeseen revelation of shared meaning. In the case of the particularly (but hardly uniquely) precarious Yiddish language, it is also an act of unlocking doors closed by violent political systems. By the time I had completed my translation of Checkmate for the Yiddish Book Center’s translation fellowship, I realized that, for several reasons, I was unlikely to bring the entire manuscript to publication. So I reached out to a broad network of friends and comrades to sign up to read different parts of the book, a system that I’d seen employed in yeshiva to collectively accomplish the study of a long and difficult text.

Over forty people participated in the project. One of them, an antiracist author and organizer, wrote back to me: “I am in shock reading this because Prz. is the shtetl my beloved granddaddy Moishe was from, left in 1900 as a boy after his mother died, came here. This is the first time I have ever learned anything else about it, wow! Thank you! I only recently learned we lost some of his family members in the Shoah, this sheds more light.” Another of them, Matt, a housing and immigration organizer on a years-long quest to recover his Jewish heritage, traveled on a roots trip to Eastern Europe and decided to include Przemysl on his tour. There are almost no signs at all remaining there, he reported, of centuries of Jewish life and death; one small plaque marked the tiny ghetto to which the Nazis had confined 20,000 Jews, among them Wolshaut-Dinkes.

Matt brought back to me a dried purple flower he had picked from the fields on the outskirts of the city, site of unmarked graves. I’ve tucked the flower into the front cover of my copy of Checkmate. It rests there, an emissary from a lost home, reminding me of a poem by Walt Whitman, that boisterous, mournful prophet of our inescapable interdependence:

Perhaps Matt’s flower grew from a cousin of mine, or from someone else’s cousin. It lies still, dry, and dead, but somehow not inert; it hums with connections opened by memory, translation, and community, singing a dirge of violence, of pain, of isolation, of exploitation of others’ precarity to escape our own; but it also drums a fierce, steady beat of love, of beauty, of the power of accepting our common precarity, and of a simple but sound politics: we all need one another, and we better start acting like it.

Boyarin, Jonah S. “Translating the Holocaust.” In geveb, May 2019: https://ingeveb.org/blog/translating-the-holocaust. 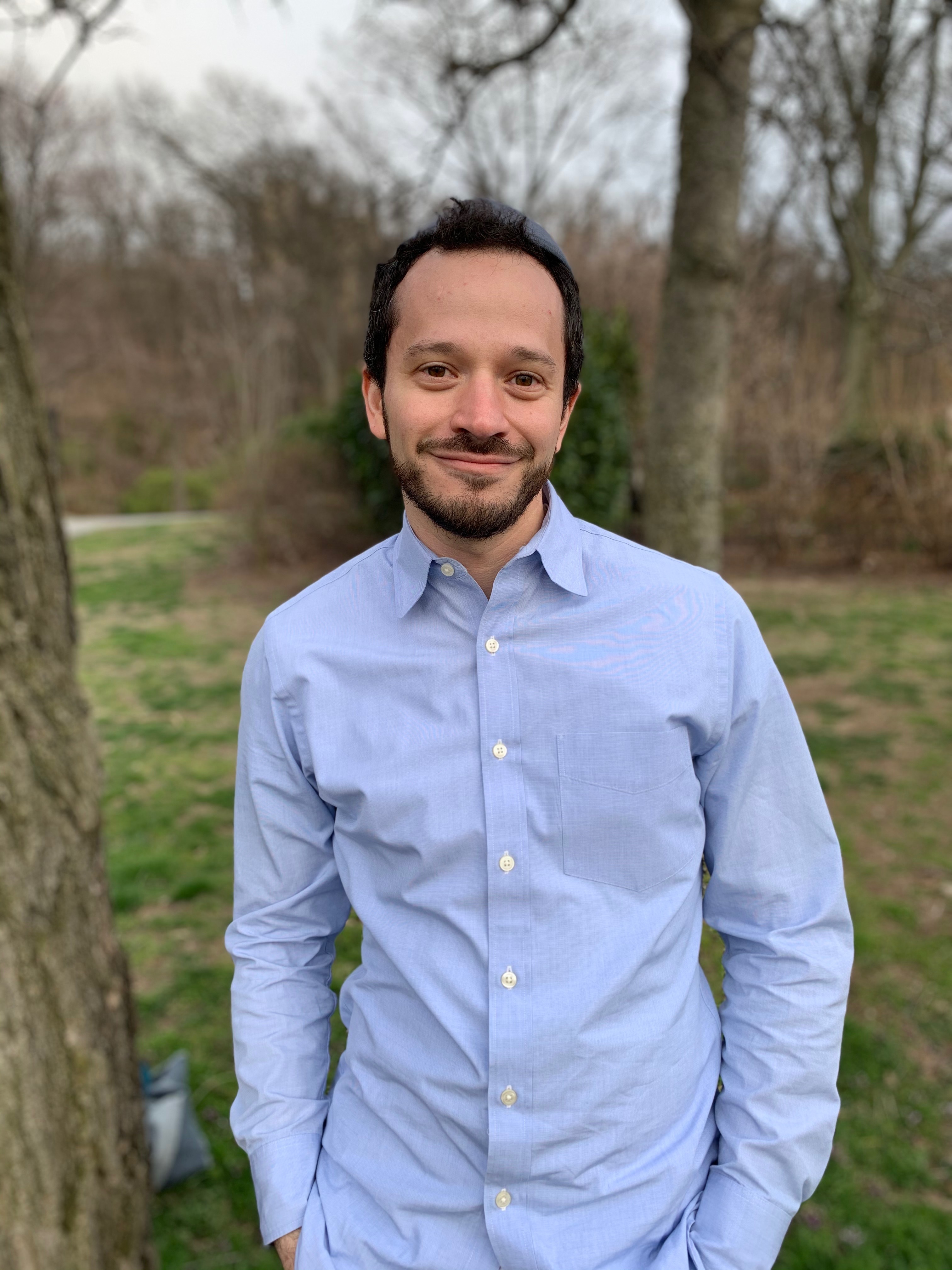 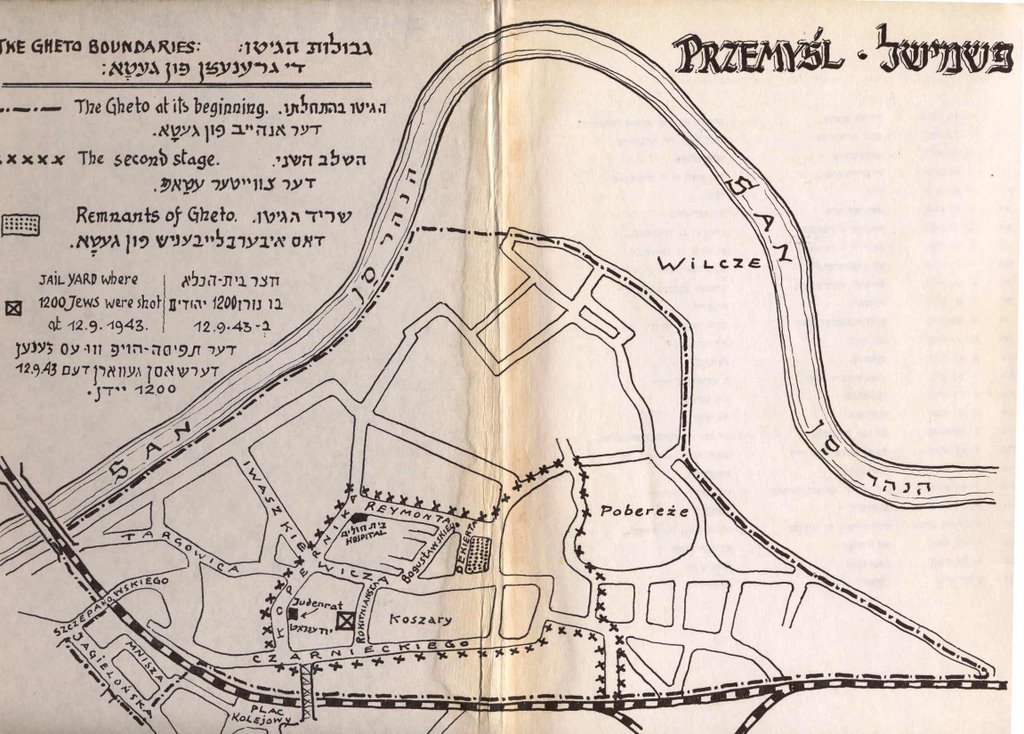 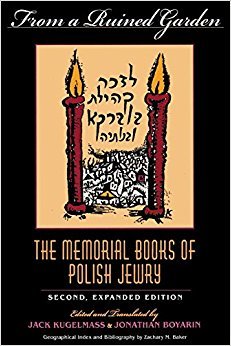 This online bibliographical series devoted to research resources in Yiddish Studies focuses on the Holocaust.