Astor Place, a two-block street in the East Village of Manhattan, runs from Broadway to Third Avenue. The street is named for its original owner, John Jacob Astor. In 1826 he built Lafayette Place, bisecting Vauxhall Garden, an upscale public resort, 3 3 It was what was then known as a “pleasure garden.” These were privately owned ornamental grounds operated as a business. Unlike court, money and not rank was the main criterion of admission (Jonathan Conlin, Jed., The pleasure garden, from Vauxhall to Coney Island (University of Pennsylvania Press, 2012), 5). and proceeded to carve out a residential enclave for New York’s wealthiest residents from its Western half. At the eastern edge of this posh neighborhood stood one of its greatest amenities, the Astor Place Opera House.

Catering to New York’s elite while straddling the border with adjacent working-class neighborhoods, the Opera House became a focal point for political, cultural, and economic tensions. These came to a head on May 7, 1849 over conflicting productions of Shakespeare’s Macbeth. In an era in which class conflict and nativism overlapped, working-class patrons of the nearby Broadway Theatre objected to the predominantly English cast set to perform for Anglophile gentry at the Opera House. Thousands gathered in protest. The ensuing “Astor Place Riot” was violently put down by the state militia. Unable to weather its association with this tragedy, the Astor Place Opera House closed the next year. The neighborhood it served subsequently shifted its demographic and economic character as factories, warehouses, and tenements replaced fashionable homes. 4 4 See Howard Jones and Donald Allen Rakestraw, Prologue to Manifest Destiny: Anglo-American Relations in the 1840s (Wilmington: Scholarly Resources, 1997) and Nigel Cliff, The Shakespeare Riots: Revenge, Drama, and Death in Nineteenth-Century America (Random House, 2007).

The transformation of this once-exclusive neighborhood to a working-class enclave, along with its most iconic establishment, serves to frame the point in its history at which our story truly begins. Until 1920, the former Opera House was occupied by the New York Mercantile Library. The building was then razed and replaced by Clinton Hall, which first housed the Chinese Consulate and later became a center for labor organization. 5 5 “Russian Monarchists in U.S. Welcome Conflict,” Jewish Telegraphic Agency, July 22, 1929, https://www.jta.org/1929/07/22/archive/russian-monarchists-in-u-s-welcome-conflict. During the 1940s, the building housed a number of Communist-affiliated education projects, including the Jefferson School of Social Science, the Progressive Forum, the School for Democracy, and Club 65. 6 6 Lisa Stein Haven, Charlie Chaplin’s Little Tramp in America, 1947–77 (Springer International Publishing, 2016), 131; John Henry Faulk, Fear on Trial (Austin, TX: University of Texas Press, 1983); Subversive Influence in the Educational Process: Hearings Before the Subcommittee to Investigate the Administration of the Internal Security Act and Other Internal Security Laws to the Committee on the Judiciary, United States Senate, Eighty-second Congress, Second Session, vol. 1 (Washington, D.C.: U.S. Government Printing Office, 1952), 629. Hearing transcript available online. By far the strangest and most interesting of these was the Institut far Yidisher Bildung which, perhaps surprisingly to those who see Jewish radicalism and religion as divergent, was founded in October of 1945 by an Orthodox rabbi named Abraham Bick. 7 7 Bick was a direct descendant of R. Jacob Emden, among the outstanding 18th century talmudic scholars, best known for his crusade against the Sabbateans. So far as I know, Bick and his work have never been the object of any dedicated study. However, because he was a rather prolific writer, he has been mentioned in passing in a number of publications. For instance, his work on Emden’s Megillat Sefer has been mentioned here and here. His communist activities—especially his work in relation to Stalin’s failed effort to create a Jewish Autonomous Oblast in Siberia—is discussed here. He received the Stalin Prize for his work on this project (Henry Srebrnik,. Jerusalem on the Amur: Birobidzhan and the Canadian Jewish communist movement, 1924-1951 (McGill-Queen’s Press-MQUP, 2008) 212.

A nearly forgotten figure, Rabbi Bick also worked as a freelance journalist for a number of Communist and socialist newspapers, and published many (shoddy, though historically interesting) books on the intersection of Judaism and socialism and Jewish thought in Soviet Russia—sometimes under the alias “Alan McGill.” At its height, his Socialist yeshiva 8 8 Bick’s precise party affiliation is unclear. His efforts to articulate the nature of Jewish socialism lean toward the sort of Jewish libertarian socialism that people like Isaac Nahman Steinberg championed. However, he worked with the Soviet government (see previous note) and also wrote a lengthy book on Marx’s Jewish roots. Moreover, the articles he published on Jewish life in the Soviet Union in Morning Freiheit, an organ affiliated with the Communist Party, had a deeply apologetic tone. My impression is that Bick was eclectic in his ideology, which combined elements of Jewish nationalism and socialism broadly construed; Soviet Communism was just another variety of the latter. had an enrollment of over four hundred students. The curriculum included such courses as The Jewish People Under Capitalism, Imperialism, and Socialism; The National Question and the Jewish People; Marxism, the Jews, and the National Question; The History of the Jews in the American Labor Movement; The Bible, a Social Analysis; American Jewish Life Today; On Jewish Children and their Problems; and Teachers in the Struggle Against Anti-Semitism. 9 9 House Committee on Un-American Activities, “Testimony of Walter S. Steele regarding Communist activities in the United States,” Hearings before the Committee on Un-American Activities, House of Representatives, Eightieth Congress, first session, on H. R. 1884 and H. R. 2122, July 21, 1947, https://archive.org/details/testimonyofwalte1947unit, 50-51; “Subversive Influence in the Educational Process: Hearings Before the Subcommittee to Investigate the Administration of the Internal Security Act and Other Internal Security Laws to the Committee on the Judiciary,” United States Senate, Eighty-second Congress, Second Session, vol. 1, 299, 302, available online here.

Because of these activities, Bick came to the attention of the House Committee on Un-American Activities, before which he was summoned in 1947, and mentioned by the prosecution on a number of occasions throughout that year. 10 10 For Bick’s testimony in a later hearing, see “Investigation of Communist Activities in the North Carolina Area,” Hearing before the Committee on Un-American Activities, House of Representatives, Eighty-Fourth Congress, Second Session, March 12, 13, and 14, 1956 (Washington, D.C.: U.S. Government Printing Office, 1956), available online here. Some of these hearings involved Bick’s involvement with the international peace movement, a conference for which was held in Vienna in 1953. The movement was held to be Soviet-backed, and Bick attended, writing articles that appeared in Masses and Mainstream, among other publications. Maintaining his composure throughout the hearing, Bick pleaded the fifth, refusing to comply with his interrogators. Unfortunately, the rabbinic establishment did not support its own and, instead, denounced him in a letter to the Committee. This letter, however, was mild in comparison to to press reports of Bick’s interrogation, such as the truly nauseating article by R. Benjamin Schultz—entitled “Commies Invade the Churches,” denouncing Bick among others 11 11 Gary Phillip Zola and Marc Dollinger, eds, American Jewish History: A Primary Source Reader (Brandeis University Press: 2014), 281-82. —published in the New York World-Telegram. 12 12 Later condemned by the New York Board of Rabbis for scandalmongering and use of smear tactics unbecoming of a rabbi, Shultz was ousted from his pulpit and thus received his comeuppance (Morris Kaplan, “Rabbi Benjamin Schultz, Crusader Against Communist Infiltration,” New York Times, April 25, 1978.

As the Red Scare intensified, the Institut far Yidisher Bildung and the other radical educational institutions located in Clinton Hall were unable to maintain a large enough student population to sustain activity. 13 13 North American Newspaper Alliance, “Students Shun Red’s School: Enrollment at Lowest,” Milwaukee Journal, November 15, 1956. This shrinking audience, in combination with Nikita Khrushchev’s 1956 report on the extent of Stalin’s crimes, which shook Jewish communists especially, 14 14 Lawrence Bush, “February 25: Khrushchev Denounces Stalin,” Jewish Currents, February 24, 2017, accessed October 16, 2019, https://jewishcurrents.org/khrushchev-denounces-stalin/. The atrocities of the “Father of Nations and the Standard Bearer of Peace” (Andrzej Paczkowski, Spring Will Be Ours: Poland and the Poles from Occupation to Freedom (Penn State Press: 2010), 210) could no longer be explained away. served to bring down both the yeshiva and its partner schools in the same year. The records of this fascinating institution are held by the Tamiment Library and Robert F. Wagner Labor Archives. Both the Institut and its unusual rabbinic leader ought to be better studied; at the very least, the trip to Clinton Hall is a worthwhile way to pay homage to a unique chapter in the history of American Jewish radicalism.

I began to think seriously about Judaism as a result of a yearning I felt to belong intimately to my own ancestral history and culture. This led me into the Orthodox world, where Judaism is not merely a part of communal life, but permeates the whole of it. Over time, however, my inclination toward romanticism and nostalgia gave way to a more mature relationship with tradition. I found that this shift afforded me a special sort of critical distance marked by its liminality. There is a creative tension in standing with one foot in and one foot out, and such liminality leaves space for authentic and responsible critique: the sort in which one has personal stakes.

From this vantage point, I became better attuned to many things, among them the intellectual inflexibility, social and political conservatism, and intolerance of difference that I encountered in many Orthodox communities. I believe that one response to these tendencies is to expand our heritage from within by drawing attention to its margins and highlighting the figures who blur its apparent boundaries. It is for this reason that I went searching for the cosmopolitans, the anarchists, the socialists, and the Communists who not only maintained their ties to Jewishness in the abstract, but who actually lived their lives according to Jewish custom. One of these figures is R. Abraham Bick.

On a personal level, discovering Bick and people like him was a way of carving out a space for myself in the tradition. It was validating to know that others who came before me saw in the Torah what I see while living as I do; it also provided me with reference points for thinking through the questions that matter to me. However, I think that these stories have a broader significance—not just for me, and not just in reference to Orthodox communities. At the particular historical juncture in which we find ourselves, it is especially important for the Jewish community as a whole to be reminded of these figures dedicated to both political radicalism and religious observance. Such memories belie the notion of a dichotomy between serious commitment to traditional Judaism and a radically progressive (indeed, revolutionary) worldview. The more nuanced perspective that they cultivate creates, in my view, fresh opportunity for collaboration among factions within the Jewish world. It also reframes solidarity with other groups struggling for justice. Like contemporary progressives in Israel and elsewhere who consider true Jewish liberation to be inseparable from the liberation of other national groups, Bick situated his work as a Jewish activist within the broader revolutionary movements of his day. His example suggests that supporting such efforts is not simply a universal human value and therefore Jewish by default, but (by any denominational standard) part and parcel of what it means to be Jewish. 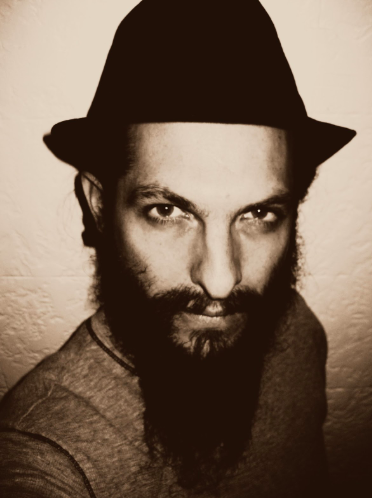 The Lower East Side as an American Site of Memory 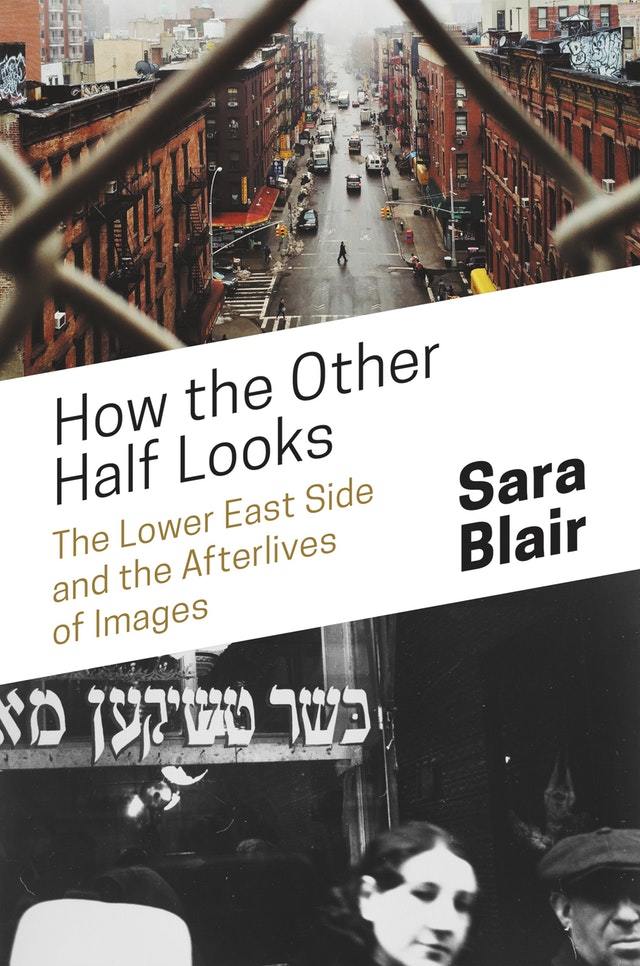 In her work on images of the Lower East Side, Blair spotlights the paradoxes of the neighborhood’s dynamic status as site of memory and of artistic experimentation and highlights stories and voices often left out of American collective memory. 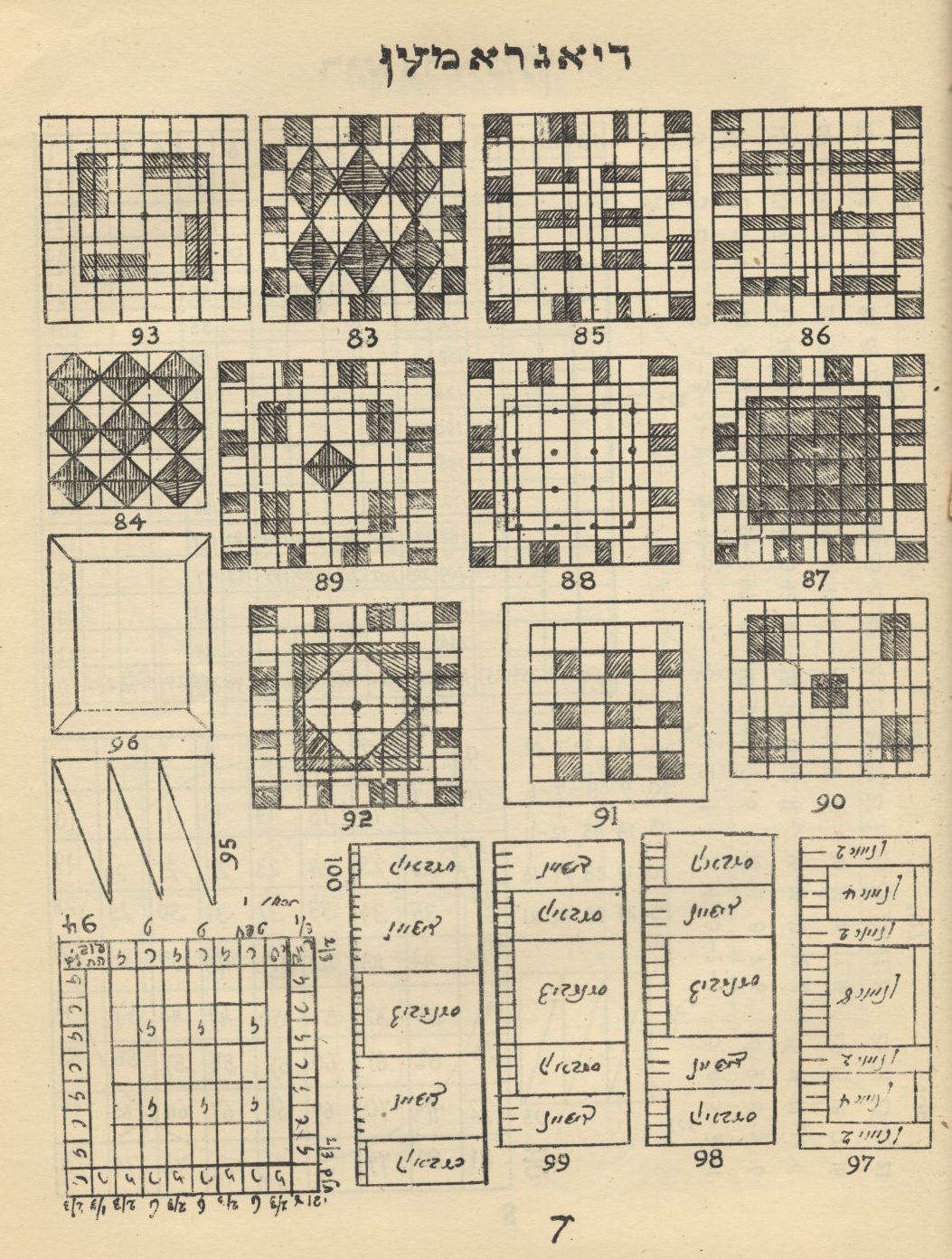 How can a political philosophy of anarchism emerge from Talmud study? Yankev Meir Zalkind, early twentieth-century Yiddishist, shows our readers how.