On My Own in Omaha: On Learning Yiddish Solo

On My Own in Omaha: On Learning Yiddish Solo

There is a famous quote from Yiddish scholar Max Weinreich that I am going to go ahead and assume we all know. “A language,” he said, “is a dialect with an army and navy.” Here in Omaha, where I sit on a former military fort that was actually used by the Army and Navy (though Omaha is landlocked), Yiddish is definitely not a language. The lacking of institutional support for the language may be keen elsewhere; here it is absolute. No opportunities for engagement exist. I called around once, and learned that the local JCC used to have a Yiddish discussion group, but it was long disbanded without explanation. As far as I could tell, it was entirely old Jews, and maybe they just got too old.

I heard some Yiddish growing up in my hometown of Minneapolis. This was thanks to fluent grandparents and less fluent parents, and also thanks to several years in a Jewish high school. I went on to pursue a degree in Jewish studies, and, oddly, that’s where Yiddish ended for me.

The program offered a Hebrew course but no Yiddish, which was frustrating. I briefly created a Yiddish class through the school’s Hillel House with a teacher from the Jewish Community Center, but interest fizzled quickly, and I spent years lamenting how little I knew.

I can’t quite say why, but in the last few years I started wanting to return to Yiddish, perhaps inspired by some books I had read on language learning that encouraged readers to create their own programs using souped-up cell phone flashcards that keep track of their learning, pushing hard-to-remember words to the front of the deck so that students are forced to drill them more often. If you learn just 1,000 of the most common words, the books promised, you’ll be able to understand 70 percent of the language.

I figured I could learn 1,000 words on my own. Moreover, what other options did I have? A lot of available Yiddish language programs, it must be noted, require considerable resources. Programs can be expensive, even when underwritten. Even shorter programs demand an ability to take weeks off at a time and the finances to travel and sometimes to pay for housing. I work at a miniscule nonprofit on a decommissioned military fort, 200 miles from Kansas City, where there is a college course in Yiddish, and 500 miles away from Boulder, which has the next-closest course. I do not have the resources for a program like this, even a short one; a week away from work is a week without pay. I certainly do not have the finances to relocate for years to pursue a degree program in Yiddish, or to live within an existing community that can support Yiddish as a living language.

But I can learn 1,000 words, so that’s what I set out to do. I tracked down a list of the 600 most common Yiddish words on Wiktionary, and then added 400 words that are common in most languages, discovered, as I recall, from a Google search. Using the smart phone flashcard program, I would learn about 100 new words per week, and so could have a thousand memorized in two and a half months. This seemed like a good start. I searched for blogs where people described their experiences learning Yiddish, and failed to find any. So I decided to document my own experience every week and started blogging the experience on a website I set up called Dress British Think Yiddish. I pieced together an approximate list of common words and set about memorizing, and it took about three months to work my way through the list.

I had a feeling the claims of these language books were exaggerated, and of course they were. I tested myself using headlines from the Yiddish Forward, and while I could, indeed, understand about 70 percent of the words in the newspaper’s headlines, the percent I could not translate was awfully important. Those were the words that took a general sentence and made it specific. I could get the gist but not the substance. Additionally, I was almost totally bereft of grammar, so I could understand a little but could not make my own sentences.

In fairness to these books, their approach is intended to jumpstart language learning, and they offer other recommendations for learning, including incorporating grammar and finding living speakers to practice with.

But these programs also presume that you’re working toward fluency in a language, and this started to be a sticking point for me. Firstly, working on my own in Omaha with no institutions to support me, fluency is impossible. I simply cannot learn Yiddish on my own, in my own time, well enough to ever be genuinely conversant in it.

And if that’s the case, then what is the function of Yiddish in my life? I started to learn it mostly because I did not like not knowing it, but, with 1,000 words under my belt, what was I to do with it?

I started to change the way I approached learning the language. I focused on learning the sorts of words I wanted to know, just because I would enjoy knowing them. Curse words. Words for sex. Interesting idioms. Yiddish proverbs.

The scope of my blog began to expand, beyond Yiddish as a language and into Yiddish as a whole cultural world, which is how this all got started anyway, with my increasingly eccentric college studies about the world of Eastern European Jews. I started cooking Ukrainian recipes and blogging about that. I wrote about Jewish bartenders and the cocktails they made, and about Yiddish movies, and a Hasidic ancestor, and anything else that seemed interesting to me.

In Omaha, I cannot be a Yiddishist, at least not in the traditional sense. But I can be a Yiddish hobbyist, pursuing Yiddish and the culture that surrounds the language as a leisure time activity because it gives me pleasure. I find I enjoy being able to point at things and name them in Yiddish. I enjoy being able to quietly curse people in a language they do not understand. I enjoy now being able to hear the difference between various Yiddish accents in old songs and movies, which was invisible to me previously. There is a lot of value in knowing a little, whether or not I can ever learn a lot.

As a result, my blog has started to become more activist. I don’t know how many people are out there who want to explore Yiddish in their own Omahas, where the language has neither an army nor a navy at all. But I feel that there must be a middle ground between knowing almost nothing and pursuing fluency, especially for those for whom fluency will never be an option. Thanks to the Internet, I have started to make Yiddishist friends and acquaintances in parts of the world where there are classes in the language, Yiddish discussion groups, Yiddish theater, Yiddish song, where there may not be an army or navy but there are at least some foot soldiers. I can’t help but feel jealous of them, because that is not what I have, not in Omaha.

I suppose a lot of what I am doing is a reaction to this. I am trying to figure out how Yiddish can be a practice for people like me, and what can we do with it if we are never going to be in a position to use it as a vernacular language.

I don’t have any real answers at this point. I mean, I’m nearly a year into this project, which is no time to come up with answers and barely enough time to come up with questions. But I do have an awful lot of experience with one thing: I have years of having been left alone to explore Jewish subjects that interest me. I’m very practiced at it, and I enjoy doing it.

It’s hard to say specifically what this will be. I plug away at a few projects until I feel like I have worked on them enough, and then I come up with something new to do. For my blog, I have interviewed a few people who have their own Yiddish projects, including playwright Rokhl Kafrissen and the founders of the Digital Yiddish Theatre Project, and will continue to do these sorts of interviews. I wrote a thumbnail history of Yiddish in Omaha for a local magazine. I bought a copy of “Say It in Yiddish” by Uriel and Beatrice Weinreich and have been slowly memorizing the entire book, mostly, I suspect, because author Michael Chabon once wrote an essay about how he found the fact of the book to be incomprehensible.

I’ll just keep plugging along along like this. Really, it’s all I can do.
Pedagogy
autodidactic
Yiddish in America
yidn in ale lender redn yidish

Sparber, Max. “On My Own in Omaha: On Learning Yiddish Solo.” In geveb, December 2016: https://ingeveb.org/blog/on-my-own-in-omaha-on-learning-yiddish-solo. 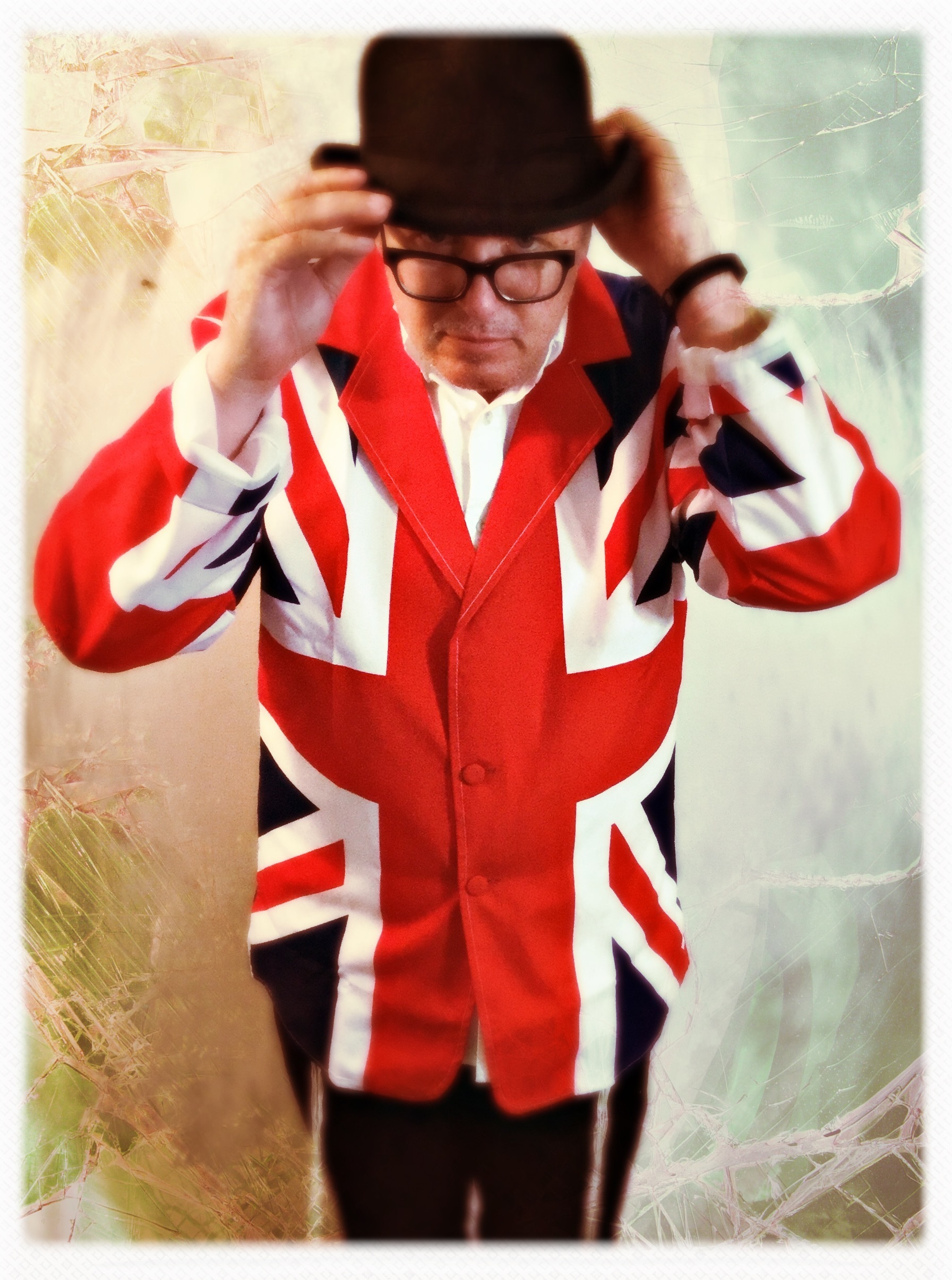 Max Sparber is a playwright and journalist from Minneapolis. He is also the author of infrequent stories of Jewish supernatural fiction, including "Eliyahu Ha-Navi," which was anthologized in People of the Book: A Decade of Jewish Science Fiction and Fantasy. 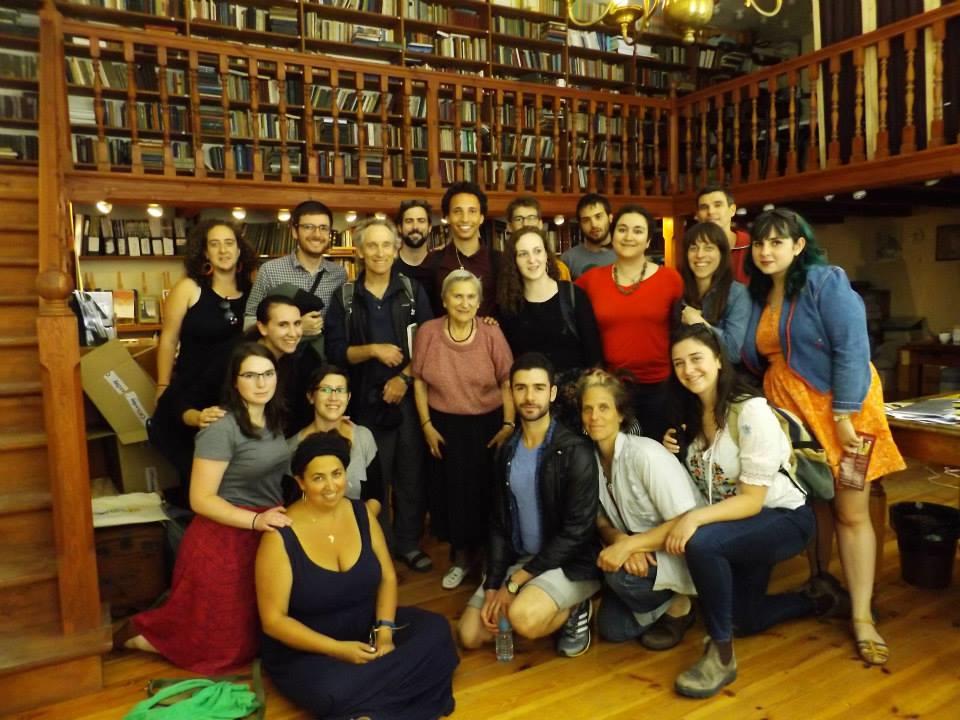 Erin Faigin, who studied Yiddish in various summer programs, reflects on the importance of space and place in Yiddish Studies, asking herself, “What does it mean to speak Yiddish in this place?”