Studying Yiddish has taken me places I would have never expected. To be quite honest, I never really planned on learning Yiddish; it just sort of happened. As an aspiring student of the American West, I planned on learning Spanish in college. Learning Spanish seemed logical; I was born and raised in Los Angeles where Spanish is practically the lingua franca. But Spanish class was loud and stressful and there was standing room only. In Yiddish class, I didn’t find just a place to sit, I found a resting place. Learning Yiddish reoriented how I relate to the world around me. I developed a newfound love and respect for my hometown in my research of the Los Angeles Yiddish literary community, which thrived for nearly a century. But my studies in Yiddish have also opened my eyes more globally, and this summer I had the opportunity to study Yiddish in Eastern Europe—the real homeland. As a participant in the Helix Project and as a student at the Vilnius Yiddish Institute, I encountered places which were new to me and to my experience of speaking Yiddish. I found place to be the overarching theme of my summer. Constantly, I asked myself, “What does it mean to speak Yiddish in this place?” Sometimes stabilizing, sometimes political, sometimes comfortable, sometimes uncomfortable—each place I spoke Yiddish enhanced my knowledge of the language, and of myself as a speaker.

For all who do not know, the Helix Project is a travel-based cultural immersion project. Visiting Belarus, Latvia, and Lithuania, I learned about pre-war Yiddish culture on-site. But the Helix Project didn’t begin at the airport; it began at the Ojai Foundation, not too far from Santa Barbara. In Ojai, we not only encountered beauty and calm in nature, but we encountered one another. We read Avrom Reyzen’s Mayn heym, and contemplated what “homeland” meant to him, and to us. This experience really grounded me in my identity as a Yiddish speaker and as a Californian. Even though I was surrounded by strangers, I found myself focusing on what was familiar: the smell of sage, the dryness of the air, the sound of Yiddish. Yiddish being spoken in California, although rare, was something familiar, something heymish. I struggled over my identification as a Californian, and as a settler in California, a lot during this trip; I thought a lot about what it meant to be going to my ancestral heymland and if that would change my feelings about California, my current homeland.

Before the trip, I imagined the Pale of Settlement as my real homeland. I kept telling myself that when I got to Vitebsk, where my family was from, that some primordial connection with the land would awaken in me, that I would become instantly intimate with the land of my ancestors. But I found Belarus extremely foreign, not only because it was a foreign country, but because it was different than I imagined; it was different than the Jewish Eastern Europe I had read so much about. Speaking Yiddish in Belarus really led me to a struggle over my definition of homeland: was Belarus my homeland? Or was California my homeland? What does it mean when I take someone else’s home away in the process of making my own home? What does it mean to be a settler and a Jew? I learned that most Belarusian towns no longer have Jewish communities, even towns that had a majority of Jews before the war. Hearing Yiddish being spoken in these places felt exciting and heymish, but in a very different way from how it did in California. When Yiddish was being spoken in California, it felt familiar to me. When I spoke Yiddish in towns like Bobroisk, Yiddish felt familiar to the place.

As the Helix Project drew to a close, I began to prepare myself for settling down in Vilnius for an intensive Yiddish language program. The Vilnius Yiddish Institute’s Yiddish Program is one of the oldest around, and almost every Yiddishist I’ve met has attended. The central component of the program is the language classes, which meet for three hours daily. The language courses are supplemented by movie screenings, lectures, and walking tours of Jewish Vilnius. Within the classroom, Yiddish felt confined. The magic that came from connecting Yiddish with place, be it in Ojai or in Minsk, wasn’t there. Yes, I was still in Lithuania, and my study of Yiddish certainly felt politicized by the growing presence of right wing Fascism in the Baltics. But let’s be honest, a classroom is a classroom, and seeing Yiddish words projected on a screen felt flat and void of the dimensionality I desired. Students were anxious about talking to one another in Yiddish, myself included, and there was no real structure to encourage us to speak in Yiddish outside of class. While my reading skills were growing, I felt like I wasn’t really able to go beyond the page and make the connections that I wanted.

During my studies, my new “home” was the General Jonas Žemaitis Military Academy of Lithuania. Studying Yiddish in this environment was the strangest of them all. I love Yiddish culture for its resistance to nationalism, for its ability to defy borders, for its lack of militarism. But I found myself studying Yiddish in an environment that I found markedly un-Yiddish. The dorms had no common space for students to study, and no one in my level even lived in the dorms. I chose to live in the dorms because I wanted to live with other people that I could speak Yiddish with, but I found myself reading quietly in my room at night. There was little communication between the Military Academy and the Yiddish Institute: the soldiers didn’t even know why we were there, and they thought we were all Israeli. Their lack of information led them to generalize as best as they could, but left me pigeonholed in a national identity that I found really uncomfortable. In the other Yiddish “homes” I’ve created on other Yiddish programs, I’ve found myself in spaces where the students were able to sing Yiddish songs, drunkenly form neologisms, and read through texts together. I found this process of creation the best part of my Yiddish summer experiences, and the Vilnius program didn’t provide a space for that to happen.

The most joyous time I used Yiddish during the Vilnius Program was at shabes tish: a weekly gathering of students from the program and members of the Jewish community in Vilnius. At shabes tish, speaking Yiddish was both practical and pleasurable. Shabes tish presented students with the time and space to speak Yiddish comfortably, with native Yiddish speakers. Song featured prominently at shabes tish; our teachers would lead us in songs, which not everyone knew, but I think everyone enjoyed. Food was also central to shabes tish, and I learned from my teacher, Dov-Ber Kerler, that when eating a lot of salted fish one should also drink alcohol, so that the fish have something to swim in. The centrality of song and food and the living Jewish community in Vilnius are what made shabes tish a simkhe. The Jewish Community Center also provided a safe space to be Jewish and to speak Yiddish, something that I had taken for granted prior to my trip.

While being in exodus is a defining characteristic of being Jewish, I’ve learned that creating Jewish spaces in goles is equally as important. And learning Yiddish is not just about mastering a grammar and a vocabulary; it is also about learning how to build spaces to speak Yiddish. Yiddish has always been a strong language: crossing national boundaries, surviving genocide and persecution, and maintaining tradition in the face of adversity. But Yiddish is also sensitive to change and to environment, and as speakers we must seek environments which encourage Yiddish. Environment—social, political, and cultural—has played a significant role in the development of Yiddish, and it continues to do so in homes, af di gasn, and in classrooms around the world. 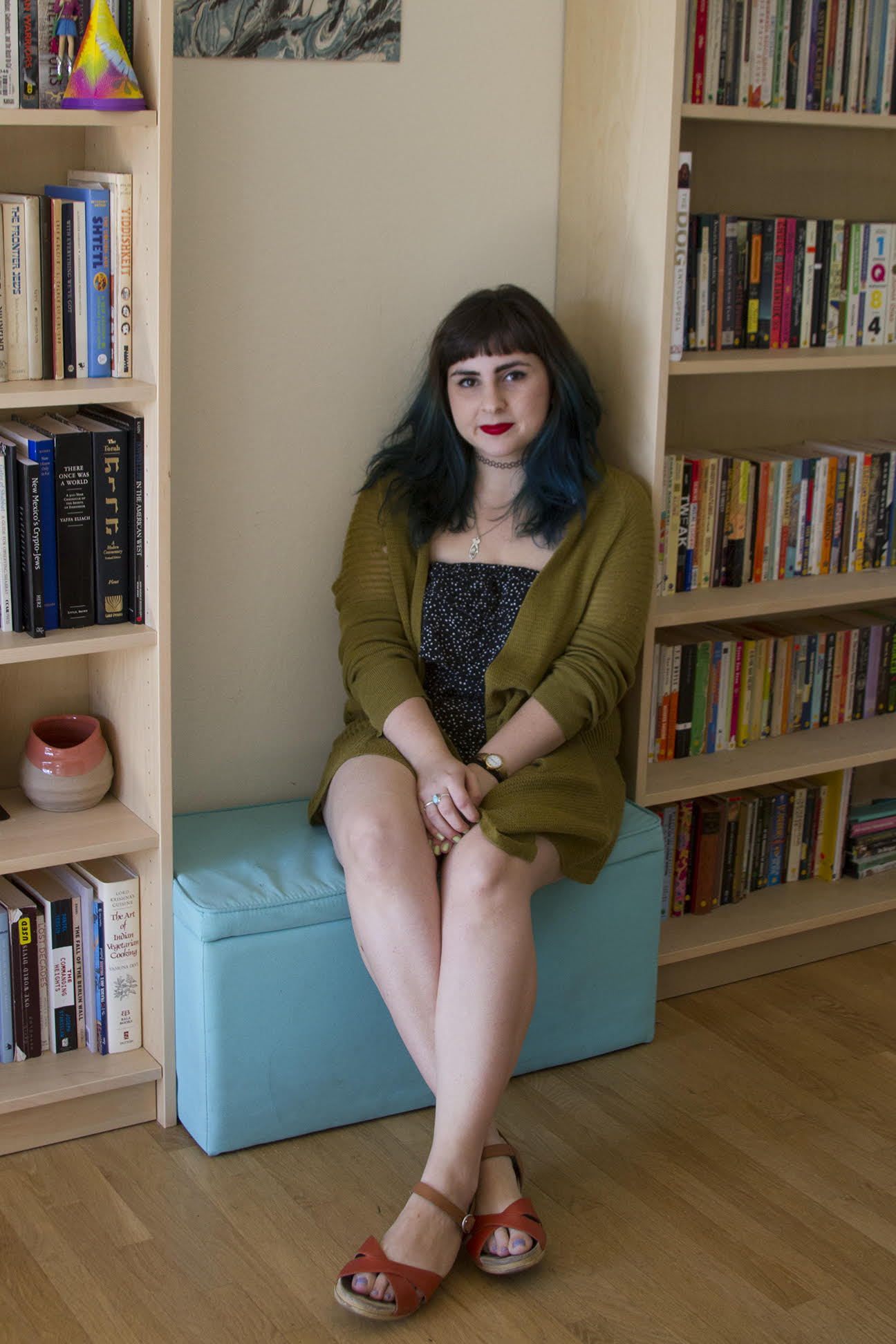 Erin Faigin is a PhD student in History at the University of Wisconsin-Madison.

Reflections from a Non-Jewish Instructor of Yiddish 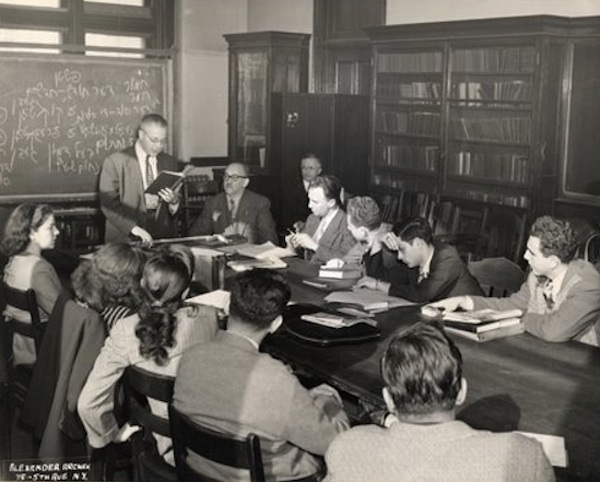 Jenna Ingalls, the “first gentile instructor of Yiddish at UC Berkeley,” reflects on Jewish (and non-Jewish) identity in the Yiddish classroom. 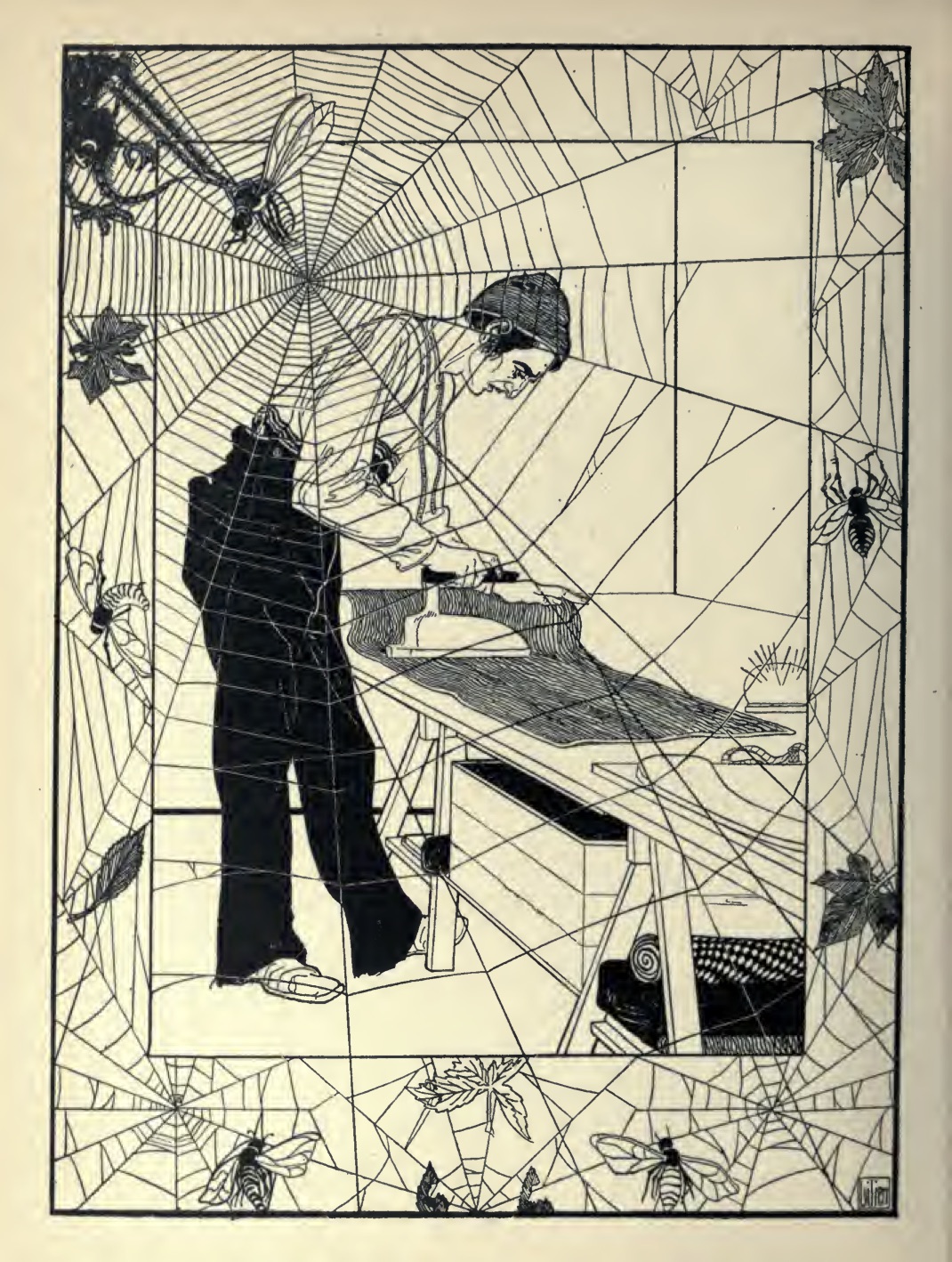