From 1942 until 1951, my great-grandfather Jacob Seifter published his memoirs in Cleveland’s Yiddish Newspaper, Di Yiddishe Velt. The passages below, in which I introduce a significant gift he made to YIVO, are based on research for a forthcoming larger project exploring the meaning and construction of memory in yizkor bikher—the memorial volumes published by Jewish benevolent societies after the Holocaust. Some scholarly attention has been devoted to Seifter’s work; most notably, folklorist Simon Bronner has analyzed Seifter’s contribution to the yizkor bukh for Oswiecim. I hope to examine how Seifter’s writings, composed in the midst of the Holocaust, prefigure important developments in postwar memory literature.

In 1942 Jacob Seifter (1883-1951), a Polish-Jewish immigrant to Cleveland, received shocking news from his family in Kraków: his father, the shoykhet Chaim Aryeh Seifter (1859-1942), had been murdered by the Nazis. Perhaps in response, in the fall of 1943, Jacob donated a precious family heirloom to YIVO: a Hanukkah menorah his father had given him on the eve of Jacob’s departure for America. Chaim Aryeh crafted the cast lead menorah himself in a popular 19th-century folk art style. It is composed of a row of tiny chairs, perhaps reminiscent of the shpigel-vand—the dignitaries’ row in the Eastern European Synagogue. Manhattan’s Jewish Museumholds a similar object in its permanent collection.

In a Yiddish letter accompanying the gift, dated September 19, 1943—just days before the Jewish New Year—Jacob outlined the history of the menorah and wrote:

“So that, God forbid, it should not be lost, I give this menorah to the YIVO in New York as a gift. My heart breaks that I am compelled to give away such a family treasure, and with difficulty, I say, ‘it is so hard for me to part with you.’

[Here, Seifter is quoting Rashi’s biblical commentary on Leviticus 23:36. Commenting on the Festival of Shemini Atzeret, Rashi writes: “עצרת הוא —The word is derived from the root עצר “to hold back” and suggests: I keep you back with Me one day more. It is similar to the case of a king who invited his children to a banquet for a certain number of days. When the time arrived for them to take their departure he said, ‘Children, I beg of you, stay one day more with me; it is so hard for me to part with you!’” Rosenbaum/Silbermann trans, sefaria.org]

“But I take comfort in knowing that, in giving it to your Institute, it will be protected for many years to come.

As part of the bequest to YIVO, Jacob Seifter deployed his own artistic talents and created a wooden panel to serve as a backdrop and pedestal to the menorah. As a young man in in Kraków, Seifter had worked in the so-called New Cemetery as an engraver; using those skills, he wrote an inscription that describes in tragic detail what he knew of his father’s death:

“This Hanukkah lamp was made by the martyr (ha-kadosh) R’ Chaim Aryeh Seifter, khazn, shoykhet, and moyel, for his bar mitzvah in 1872. Born in Myślenice, near Kraków, in 1859, he was murdered by the Nazis at Oshpitzin in 1942.”

The news of his father’s death seems to have had a second consequential outcome for Jacob: in July 1942 he began writing his memoirs, which appeared in Cleveland’s Jewish newspaper, Di Yiddishe Velt. Seifter’s writings guide the reader on a tour of the shtetlekh around Kraków at the end of the 19th century while simultaneously highlighting significant and minor personalities in Polish-Jewish life. Later writings focus on his experience as an immigrant and garment worker in Ohio, with special attention devoted to early 20th century strikes in Cincinnati and Cleveland. While Seifter’s writings on Oshpitzin—a town that would rise to notoriety under its German name, Auschwitz—were ultimately published in that community’s yizkor bukh, the majority of Seifter’s writings remain unknown to general audiences.

Rabbi Daniel Z. Stein is the spiritual leader of Congregation B'nai Shalom in Walnut Creek, California, and a doctoral student at The Graduate Theological Union, Berkeley. 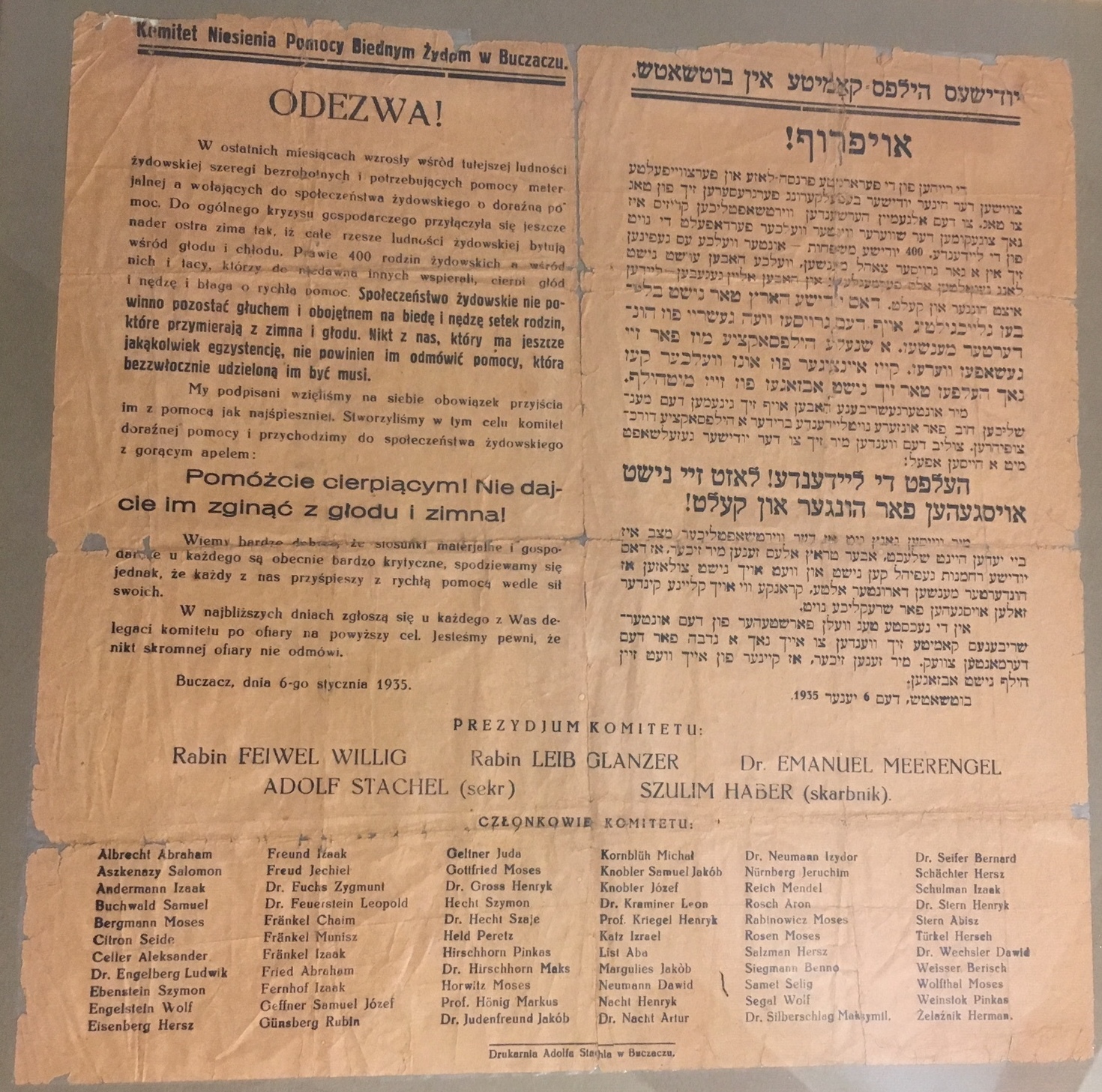 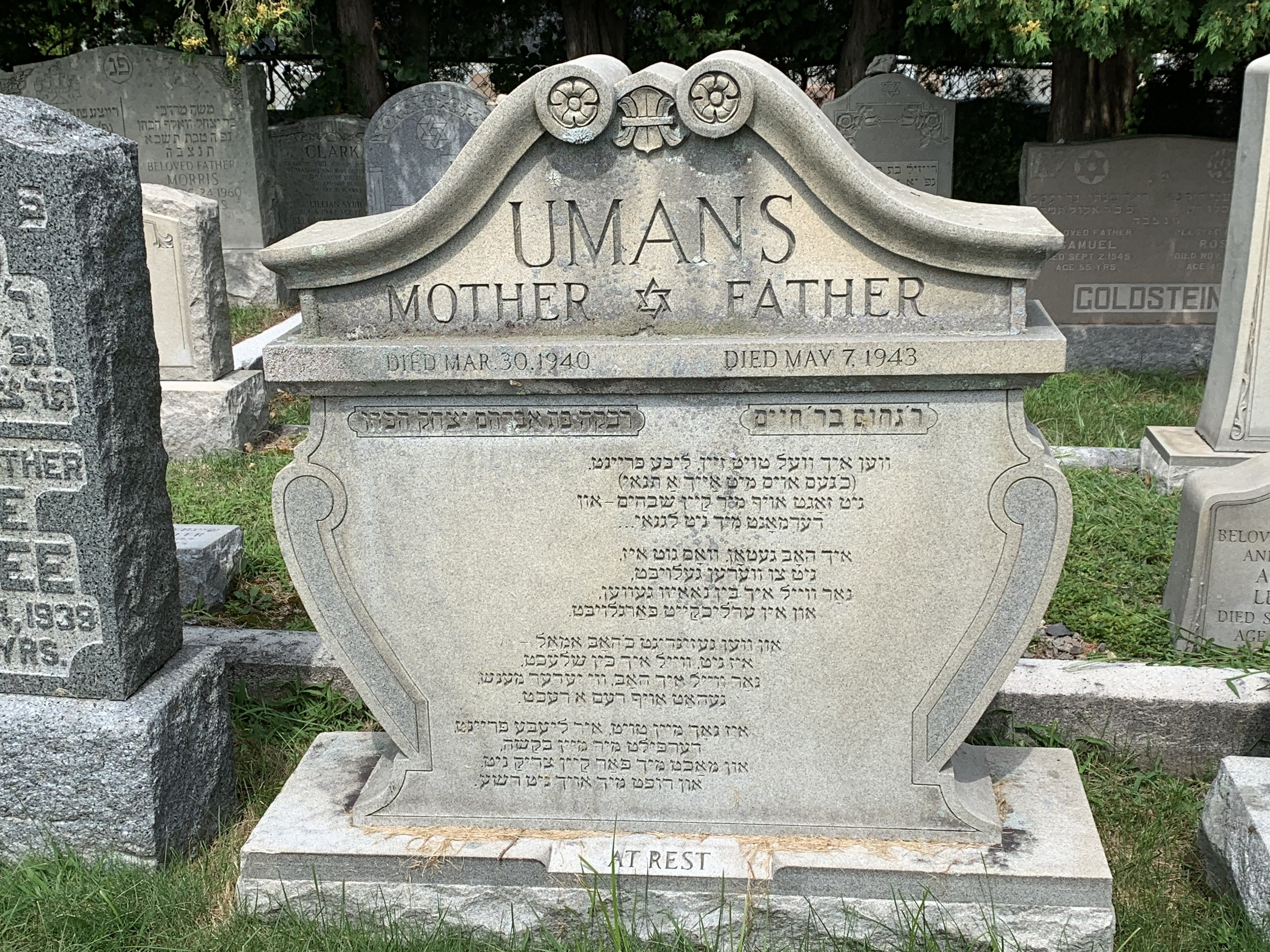 Michael Shapiro takes us to the Worker’s Circle section of Boston’s Baker Street Jewish Cemeteries, where he encountered a moving Yiddish poem.