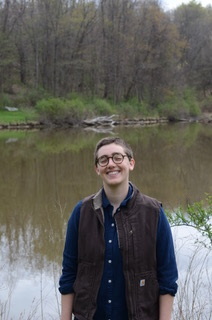 Eve Romm is a freelance writer and translator living in the Hudson Valley, on the verge of starting a joint doctoral program in Comparative Literature and Renaissance Studies at Yale University. In addition to Yiddish, Romm reads and translates from Hebrew, French, and Ancient Greek, and can often be found elbows-deep in a baking project. They are the co-creator, with Tanya Marcuse, of a limited edition artist’s book entitled Entries on Eden, and their work has appeared in Lilith, ANMLY, Inventory, Phoebe, and elsewhere.

Speaking Through Shylock’s Lips: The Merchant of Venice on The Yiddish Stage 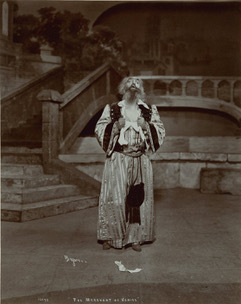 Eve Romm traces the many approaches to resolving the problem of Shylock on the Yiddish stage, from apologetics to heroism.

“Tear Up The Harsh Decrees”: Reflections on Tkhines for the High Holidays