The term “mauscheln” is a reminder of the ways in which anti-Jewish sentiment in Germany was often directed at Jewish speech in general and Yiddish in particular. Likely derived from the name “Mausche” (Moses, or the Hebrew version Moshe, as pronounced by German Jews), mauscheln means to speak German like a Jew (another synonym was jüdeln, literally to Jew). For centuries, this kind of speech was treated negatively, as a corruption of the German language. It was associated with other kinds of unflattering qualities that were identified with Jews, such as grotesqueness, shady dealings, or untrustworthiness. As literary scholar Jeffrey Grossman has elaborated, comic performances in this dialect by actor Albert Wurm were popular salon entertainment for nineteenth-century German non-Jews, almost like a kind of Jewish minstrel show. 1 1 Jeffrey Grossman, The Discourse on Germany from the Enlightenment to the Second Empire. (Columbia, S.C.: Camden House, 2000), pp. 149-156. Studies of nineteenth-century German antisemitism are scarcely able to avoid these pejorative depictions of Yiddish (and Yiddish-influenced German), yet this kind of commonplace antisemitism tends to get overshadowed in the popular imagination by the horror of the Holocaust. Still, nineteenth-century German attitudes toward Jewish speech are a powerful way to understand the pervasiveness and normalization of antisemitism in German society even at a time when genocide was unthinkable.

This past fall, I taught an undergraduate seminar in the History Department at the University of Göttingen, a public German research university. Although the university has no Jewish Studies Department (at least not yet), I was a postdoctoral fellow in the research group in Modern Jewish Studies at Lichtenberg-Kolleg, the Institute for Advanced Study in the Humanities and Social Sciences. While in Göttingen, I taught two seminars in German on German-Jewish history. All of my students were majoring in history, typically in combination with another field. I could not assume they had any prior familiarity with Judaism, Jewish culture, or German-Jewish history (other than perhaps some general background about the Holocaust). The class I taught last fall concerned Jewish bodies, especially how they were represented, discussed, or (mis)treated. Starting with the spectacular public execution of Joseph “Jud” Süß Oppenheimer in 1738 and concluding with a recent controversy about a casual reference to the emaciated bodies of Auschwitz prisoners in the rap song “01815,” we read texts that shed light on a wide range of topics including salon culture, Jewish self-hatred, Zionism, turn-of-the-century racial science, and the Holocaust. While many of the texts could be uncomfortable to read, I tried to also include positive representations of Jews and readings in which Jews were agents in their own right. Similarly, I integrated texts that portrayed Jewish women (such as the memoirs of Weimar-era dancer Valeska Gert 2 2 Valeska Gert: Ich bin eine Hexe.(Munich: Knaur, 1989).
), and combined well-known works (such as Max Nordau’s speech about “Muskeljudentum,” a Jewry of muscle 3 3 See Max Nordeau, “Jewry of Muscle (June 1903)” in The Jew in the Modern World, ed. Paul Mendes-Flohr and Jehuda Reinharz. New York: Oxford University Press, 1995, p. 547-548. ) with interesting texts that have received little attention. One example of this kind of text was the antisemitic short story “Der pollische Rahf as Soulo-Tänzer” (The Polish Rabbi as Solo Dancer), found in the volume Die Schabbes Lamp (Meissen, 1835).

During the first half of the nineteenth century, at a time when intellectuals were caught up in the liberal sentiments that led to the 1848 revolutions and Germans sought to define their national identity, a number of booklets were published under the stereotypically Jewish moniker Itzig Feitel Stern. These texts were partially printed in the Hebrew alphabet, the language was an approximation of Yiddish, and the booklets have titles such as Die Schabbes Lamp (The Shabbos Lamp) that invoke Jewish life. But make no mistake–even though these works might seem at first glance to be written by Jews for Jewish audiences, they are actually antisemitic texts of a particularly insidious sort. Even the pseudonym Itzig Feitel Stern has a significant history in German antisemitism, not simply because Itzig is a German slur for Jew. The villain of Gustav Freytag’s best-selling 1855 novel Soll und Haben (Debit and Credit) was named Veitel Itzig (perhaps after the renowned court Jews Veitel Heine Ephraim and Daniel Itzig), and the protagonist of Oskar Panizza’s grotesque 1893 short story “Der operierte Jud” (The Operated Jew) was named Itzig Faitel Stern. While there have been some debates about the identity of the author of the booklets (and whether it was simply a name used by multiple authors), it is clear that the booklets were designed to mock Jews, in large part by deploying their language against them.

I decided to use the 1835 short story “The Polish Rabbi as Solo Dancer” in class as a guide for thinking about the relationship between language and bodies in nineteenth-century German antisemitism (it is also a text I have been thinking about for a new project on dance and antisemitic caricature). The story was printed in the Roman alphabet but in an approximation of West Yiddish, with a glossary at the end of the booklet. Prior to the class, I assigned a short secondary text from Sander Gilman’s Jewish Self-Hatred about mauscheln (alongside optional readings by literary scholar Mark Gelber 4 4 Mark H. Gelber, “Das Judendeutsch in der deutschen Literatur: Einige Beispiele von den frühesten Lexika bis Gustav Freytag und Thomas Mann,” in Juden in der deutschen Literatur: Ein deutsch-israelitisches Symposion, eds. Stéphane Moses and Albrecht Schöne (Frankfurt am Main: Suhrkamp, 1986), 162-78.
and linguist Alfred Klepsch 5 5 Alfred Klepsch, “Jiddische Mundartdichtung von Nichtjuden aus Franken. Das Rätsel des Itzig Feitel Stern,” Jahrbuch für fränkische Landesforschung 68 (2008): 169-202. ) and gave my students the story and glossary so they could try to decipher it in advance. I also prepared my own rough translation into German as a reference.

The story describes how a Polish rabbi comes to the southern German city of Fürth and tries to ban wedding dancing (as much because he can’t dance as out of genuine religious faith). The local Jewish community does not appreciate his spoiling their fun, and they enlist a man named Löwele Ferth to put the rabbi in his place. The day before he is scheduled to take the rabbi on a trip, Löwele Ferth goes to a tavern in the next town over and tells the non-Jewish customers that the rabbi he will bring through the next day is a remarkable dancer. He explains that the rabbi is nonetheless very modest and will claim he cannot dance and is forbidden to dance, so they might need to force him to dance. The next day, Löwele Ferth takes the rabbi to the tavern, where the locals demand the rabbi dance, and beat him until he complies. Meanwhile, the Fürth Jews hide on the second floor of the tavern so that they can watch the rabbi get his comeuppance, and reward Löwele Ferth for his cleverness.

In class, I explained that we would be studying a particular text that had not received much, if any, scholarly attention. I gave a short introduction to the development of the Yiddish language, explaining that the story we were discussing was not really Yiddish, but instead an approximation from a time when Jewish communities in Germany had already stopped teaching Yiddish to their children. We discussed the topic of mauscheln: how the term developed, its identification with stereotypes about Jews, how Jews were blamed for their failure to integrate, and how even Enlightenment philosopher Moses Mendelssohn had a negative view of Yiddish. We then talked about Itzig Feitel Stern more specifically, and I invited my students to point out ways in which the title page of booklet was supposed to read as a Jewish text, including pages set from right to left, Hebrew letters on the title page, and the image of a Shabbos lamp similar to the ones we had seen in paintings of traditional German-Jewish family life by Moritz Daniel Oppenheim. I explained the way that the name Itzig Feitel Stern has been related to literary antisemitism, and shared excerpts from Debit and Credit and “The Operated Jew” that described the bodies of the Jewish characters. We then looked at how Jews were portrayed visually in two images from the series of Itzig Veitel Stern booklets, especially an image of a hook-nosed man in fashionable clothing performing a polka with a female partner to entertain the bridal couple at a wedding–while his pants fall down. “The Polish Rabbi as Solo Dancer” was clearly not the only example of a Jew who loses his dignity while dancing.

Finally, we read the text itself. I handed out my translation, and asked my students about their experience reading the original. One student was surprised how easy it was, as a German speaker, to get the gist. We went through the story, reading it out loud paragraph by paragraph. Along the way, I defined certain words and brought up points, such as the switch from the polite “Ihr” form of you to the informal “Du” in the text when the rabbi is about to get beaten. One student took on a Franconian accent (appropriate for Fürth) while reading, which helped him get into the flow and certainly entertained us. Afterwards I asked my students how we could tell that the text was antisemitic, rather than simply anti-clerical. We also talked about the role of bodies, and how there was forced dancing but no descriptions of the actual bodies, such as the rabbi’s features or how he moved. Finally, I brought up contemporary German-language novels with Jewish vernacular speech and attached glossaries, such as the Swiss novel Wolkenbruchs wunderliche Reise in die Armen einer Schickse (Wolkenbruch’s Wondrous Journey into the Arms of a Shiksa), which has recently been made into a film. Late twentieth-century and early twenty-first-century German texts that use glossaries of Yiddish terms are operating in a different context from Itzig Veitel Stern’s work, yet they are also offering readers a (sometimes problematic) lens into almost-comprehensible Jewish speech.

While some of the specifics of how I conducted the class were designed for a seminar on Jewish bodies at a German university, teachers could incorporate the Itzig Feitel Stern booklets into other classes. The illustrations or title page could be integrated into a lecture in a history class, even if students do not speak Yiddish or German. If I were teaching a German or Yiddish class, especially one that did not focus on bodies, I would probably choose to teach another text from one of the booklets, a parody of Friedrich Schiller’s ballad “Ritter Toggenburg” (The Knight of Toggenburg) called “Der Jüden Toggenborrig ouder der Dichter Itzig” (The Jew Toggenburg or the Poet Itzig). By using a version of a well-known German literary text, students could consider issues such as how the Yiddish language is portrayed, what aspects of Jewish culture get mocked, and which stereotypes of Jews are presented. The poem could be a springboard for talking about the importance of Schiller for Jews (he was frequently lionized as the poet of freedom). In a Yiddish literature class, students could also read Fradel Shtok’s 1919 short story “Friedrich Schiller” 6 6 Fradl Shtok, “Friedrich Schiller,” in Gezamlte ertseylungen. (New York: Nay tsayt, 1919), pp. 25-32. alongside a section from Iris Parush’s Reading Jewish Women. 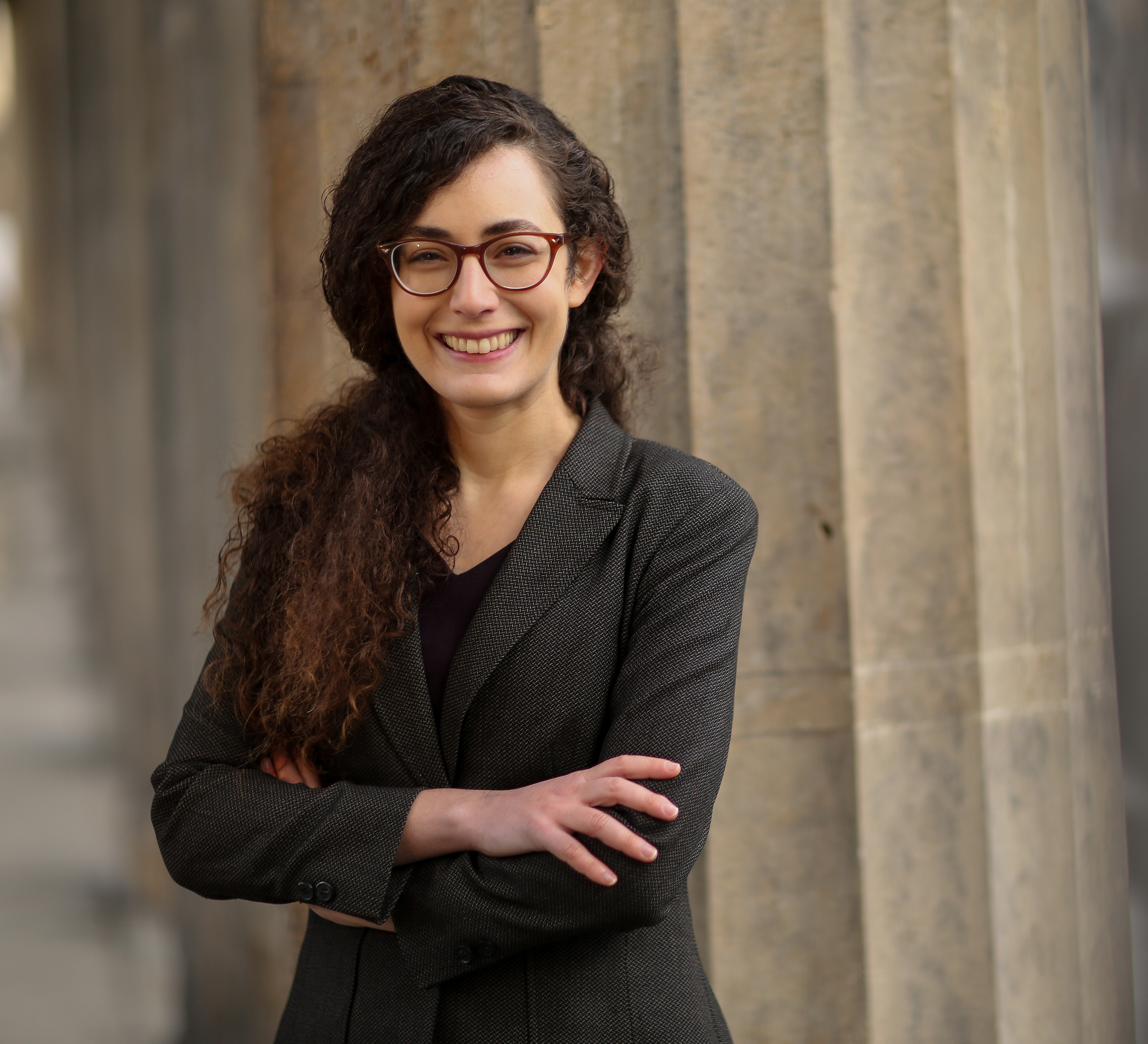 Sonia Gollance is Postdoctoral Research and Teaching Associate (Universitätsassistent) in Yiddish Literature and Culture Studies at the University of Vienna.

Stealing the Border: A Reflection on Teaching Yiddish Borderlands Literature 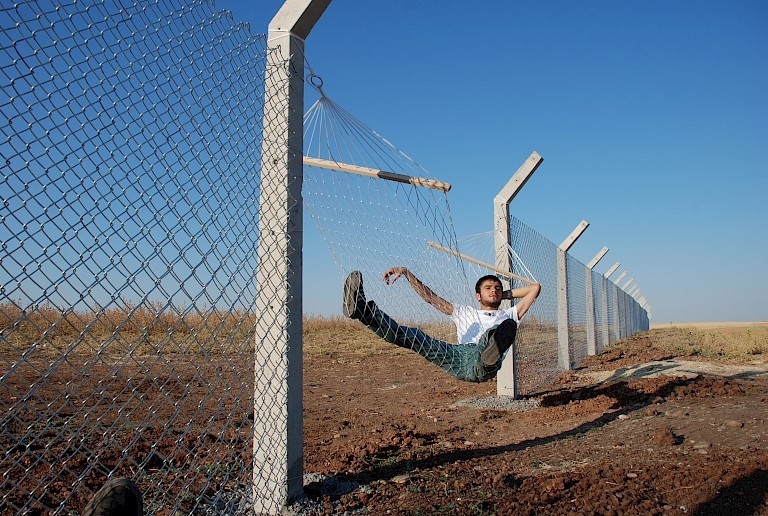 Anna Elena Torres shares her reflections about, and syllabus for, the course “Yiddish Poetics of the Border.” 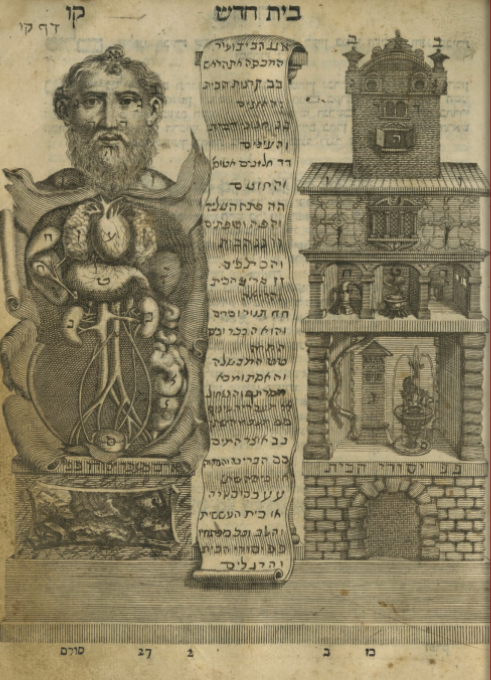 Anna Elena Torres shares her reflections about, and syllabus for, the course “Gender and the Body in Yiddish Literature.”