Over win­ter break In geveb​’s youngest read­ers were hard at work: they sub­mit­ted book reports on Yid­dish children’s lit­er­a­ture, either in the orig­i­nal or in trans­la­tion, and we’re proud to present sev­er­al of these here. We received sub­mis­sions by chil­dren aged 6 — 9 on Miri­am Udel’s recent­ly pub­lished col­lec­tion Hon­ey on the Page, on Sholem Aleichem’s clas­sic Tevye the Dairy­man (transl. Hil­lel Halkin), on Kadya Molodowsky’s ​“The Dame and the Dane” and ​“A mayse mit a balye: A mantl fun a tun­klen gevantl,” and on Isaac Metzker’s Toli un Tobi.

Review of “Roses and Emeralds” by Judah Steinburg, translated by Miriam Udel in Honey on the Page

I am writing a review on “Roses and Emeralds” by Judah Steinburg (translated by Miriam Udel) in the book Honey on the Page. I read several stories from this book, and this was the most interesting. The book listed the story as a folktale, but I think it is more of a fable or parable, because it talks about being selfless and selfish.

The story was not in a specific place or time, but it was during a time where there was not enough food, and it occurs over several years. Hillel likes to help and give things for free while Nevel only wants money and expects things in return, not caring about others and their feelings. When Hillel and Nevel get magic potions, they must decide what to do with them.

The language in the story was perfect for kids to understand. I like how the author described the emeralds as looking like eyes. When a gem is cut and polished, it can definitely look like an eye. “Roses and Emeralds” brings up a bunch of different feelings: I felt happy, sad, excited, and scared. “Roses and Emeralds” is a very good story.

I chose this story because my dad forced me to read Bible-spitting Tevye. Me and my dad always read Tevye before I go to bed. I really think that this is realistic fiction and that Tevye is probably the most entertaining character I have ever known. I feel like the main idea of these stories is that Tevye always is convinced that God is looking at him, but God is really looking at someone else.

“ ‘He’ is always looking at Tevye”– and that is right—but before I was referring to God, and now I am referring to the Devil!

I look at these stories as something that is basically foreign. I was very confused regarding second, third, fourth, and first cousins. This all seems medieval to me. It seems as though nobody should have to work that hard just to support their family, and just barely. (And Tevye uses this same idea in “Today’s Children,” when he thinks Tsaytl will marry Reb Layzer Wolf and he will get rich, in order to guilt trip her, when she does not want to marry Reb Layzer Wolf.)

In “Tevye Strikes it Rich,” Tevye gives a wagon ride to two ladies and they are lost in the forest. He gets annoyed by them and dumps them at a rich man’s house and it turns out they are part of the rich man’s family and he gets a ton of food and money just for a wagon ride.

In “Tevye Blows a Small Fortune,” Tevye has just gotten rich from giving a wagon ride to two ladies and he meets this young fellow in town named Menachem Mendel and he turns out to be Tevye’s third cousin! Tevye is delighted! Menachem Mendel figures out that Tevye got rich and convinces Tevye to invest in his stocks in the stock market. It turns out it doesn’t work and Tevye blows all of his (not well earned) money.

In “Today’s Children,” Tevye is summoned to Reb Layzer Wolf’s house and Tevye thinks that they are talking about his brown cow and eventually it comes to this:

”Excuse me, Reb Layzer Wolf…but do you have any idea what we’re talking about?”

”I should say I do Reb Tevye…but perhaps you’d like to tell me.”

”With pleasure,” I say.”We’re talking about my brown cow that you want me to sell you.”

In “Hodl,” Tevye meets a young fellow named Pertchick (the nickname is Pepper) but there is a commotion because he falls in love with Tevye’s daughter Hodl. And a matchmaker has a pair for Hodl with a rich man. It ends up exactly as it does in “Todays Children.” Tevye ends up letting Hodl marry Pertchik and he never sees her again.

Tevye is a very hard working person and is always quoting the Bible. He is always saying hakoyel hevel which literally means everything is air. I find this hysterical because he translates this differently each time.

If you read these stories a word of caution: expect to be bewildered.

Be careful, earn your money well, and goodbye!

Review of Honey on the Page, edited by Miriam Udel

Review of “The Dame and the Dane” by Kadya Molodowsky, translated by Yaira Singer

The Golden Chain: A Children's Story 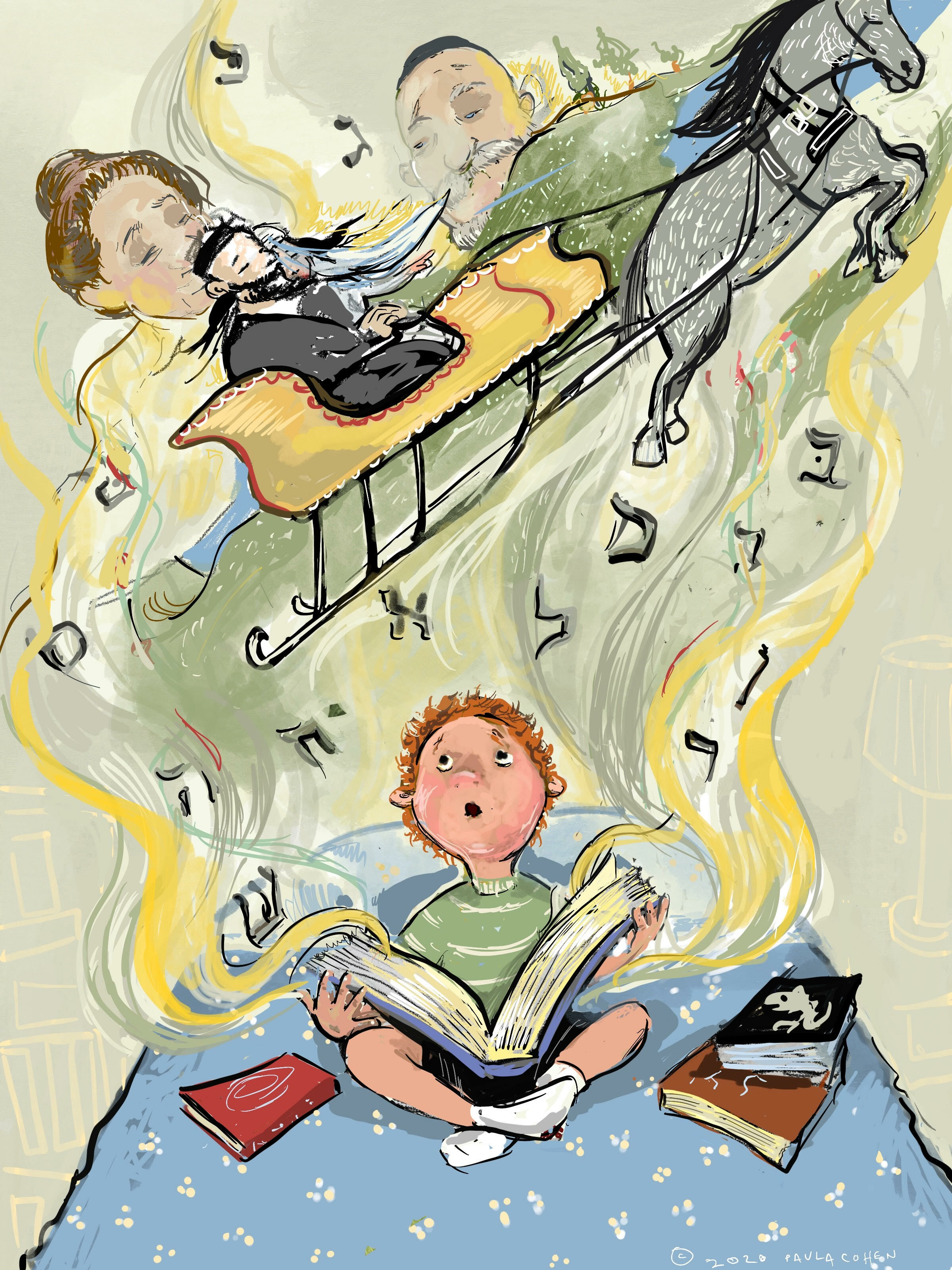 “The rhythm and rhyme had to leap off the page”: An Interview with Ellen Cassedy about Translating Yiddish Children’s Poetry 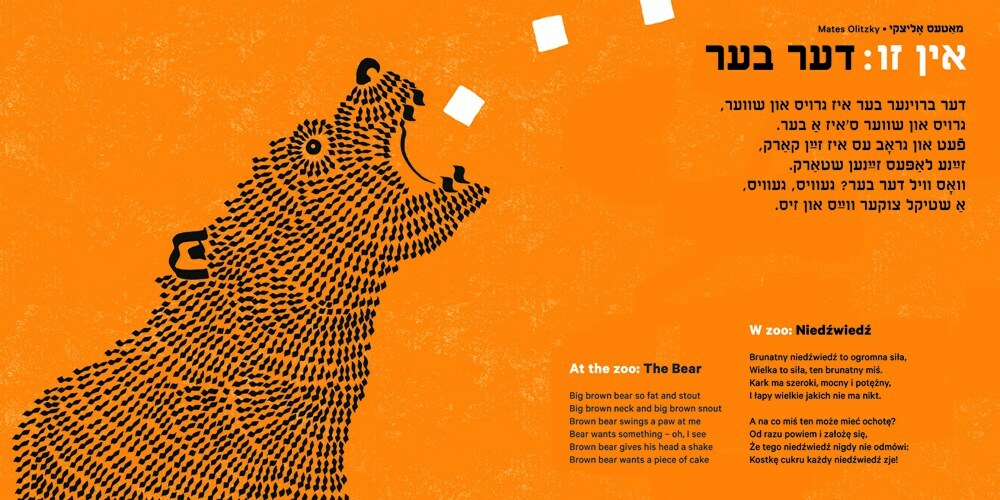