Translating Birshteyn into Swedish: A Conversation with John Karlsson

Translating Birshteyn into Swedish: A Conversation with John Karlsson

Can you tell us about your background in Yiddish?

I already knew German and some Hebrew, and in 2015, it occurred to me that these languages would be a strong foundation for learning Yiddish as well. So I started my program in Yiddish studies at the university in Lund, the only university in Sweden that offers Yiddish. This turned out to be precisely the right thing for me to do. The years passed by and suddenly I had finished all the Yiddish courses there were in Lund, including a BA thesis titled Fun a bintl briv biz kave shtibel. In addition, I’ve also been to several summer programs in Vilnius and Warsaw.

I started to wonder what to do with my Yiddish knowledge, and soon came to translation. There is — as In geveb readers know — a great body of Yiddish literature, waiting to be translated. I resolved that if I, in some measure, could help make more Yiddish books available to the public, I would do so.

What is the state of translations from Yiddish to Swedish?

Isaac Bashevis Singer is the only Yiddish writer who has been translated for the Swedish public in any substantial amount. There are quite a few books in Swedish libraries by him, at least 30 different titles.

However, many of these Bashevis translations have likely been done from English into Swedish. For that matter, many Swedes can also read English and so have access to a much wider range of Yiddish literature in translation — but that is not the same as reading translations into your mother tongue.

Apart from those four writers, there is very little in Swedish translation. For instance, there are only two Swedish translations of Avrom Sutzkever and one each of An-Sky, I.J. Singer, and Itzik Manger. Many well known Yiddish writers like Kadya Molodowsky, Chaim Grade, and Moyshe Kulbak have not been translated.

However, the past few years have seen new translations of both poetry and prose. There has been a focus on Yiddish poetry by women writers such as Anna Margolin, Debora Vogel, Rokhl Korn, and Esther Kreitman. Beila Engelhart Titelman is responsible for many of these recent poetry translations. Another well-known translator is Salomon Schulman, who has published poetry and prose from Manger, Sutzkever, Sholem Aleichem, and last year, Der sheydim-tants by Esther Kreitman.

But Titelman and Schulman are just two people. So in addition to very few books, there are very few translators. This is a shame considering the great treasury of Yiddish literature – a groyser oytser.

Despite the sparse state of Yiddish translations into Swedish, we currently have many translations going the other way – into Yiddish!

Yiddish has a special status in Sweden as one of five officially recognized minority languages. That means that libraries have a special obligation to carry books in Yiddish, and the state offers financial support for book projects in Yiddish. In the last 10-15 years, this protection and support of Yiddish has helped foster several writers and publishing houses like Olniansky Tekst Farlag that are producing new books in Yiddish – mostly original works by contemporary writers, but also translations like Der Hobit and Harry Potter un der filosofisher shteyn.

What are you translating, and why?

I am translating one of my favorite Yiddish writers, whose work I stumbled across several times while learning Yiddish and found both interesting and easy to read – Yosl Birshteyn. None of his books have been translated into Swedish, so I look forward to introducing him to a new audience!

Birshteyn is a master of many languages, which is notable in several of the short stories I have translated in the book Dayne geslekh – Yerusholayim. In several instances, he makes a point of the difficulties and differences of languages – often for comic narrative effect.. Birshteyn’s own life was also a journey along several languages. He was born in Poland, knew both Yiddish and Polish from childhood, then emigrated to Australia via France. He may have known French, since in one of his short stories he writes about his love of French literature. Then he arrived in Australia and had to master English to get by. Finally, he made aliyah to Israel in 1950, where he lived in yet another language — the revived ivrit, Hebrew.

In one of the short stories I translated, A hemdl tsum farkoifen, Birshteyn goes to the market Mahane Yehuda in Jerusalem, where he meets a poor woman who is selling the clothes of her deceased husband in order to make some money. It turns out that the woman is an immigrant from Romania and – avade – can speak Yiddish! Apart from trying to sell Birshteyn a shirt with a nice flowery pattern, she also tells him how quickly she has learned Hebrew after they arrived in Israel. Her confidence conceals a misunderstanding: Birshteyn at first didn’t understand that he was the one she was shouting at, because as the woman later explains to him, when you want a man who could be your customer to come back to your table you shout to him: Geveret! Geveret! Kach! (Madam! Madam! Take it!)

What are some of the challenges of this translation project?

Birshteyn frequently mixes different languages. If the story is about something that happened in his childhood Poland, his character will be speaking with Poles, in Polish. So that readers might get the real taste – tam – of the situation, on the one hand I have to keep it untranslated in Polish, but on the other hand the Swedish readers have to understand it. For instance, when Birshteyn and his father visit the doctor, the doctor gets angry with the father and shouts: Paszol won! One could argue that in this case you don’t have to know exactly the meaning of this Polish phrase, as long as you grasp that the doctor is angry. For Birshteyn – and others with a similar background – a little Polish is intelligible without translation. That is not the case for the contemporary Swedish public, so my solution as a translator is to first write it in Polish, in italics, and then the Swedish translation.

Do you have another project lined up after this one?

Recently, I’ve moved on to another translation from Yiddish to Swedish. I’m focusing on the three klasiker — translating three previously untranslated short stories. I hope to present them in a bilingual edition with Yiddish on one side and Swedish on the other. And of course this book would need an introduction to these famous writers for a Swedish audience. After that? I would love to translate one of Hinde Demboletski’s books. But of course, I will never run out of Yiddish texts to translate.

Karlsson, John. “Translating Birshteyn into Swedish: A Conversation with John Karlsson.” In geveb (April 2022): Accessed May 26, 2022.

John is a primary school teacher and Yiddish translator from Sweden. 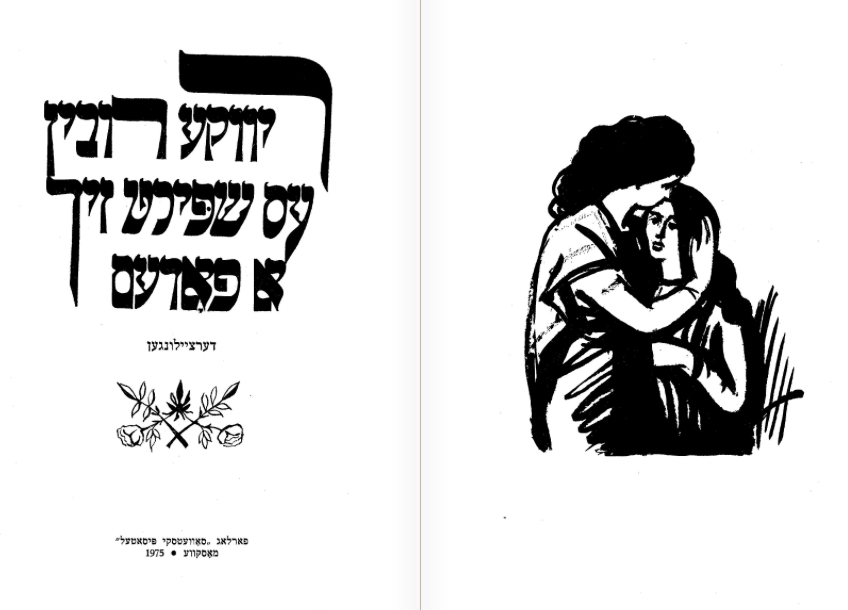 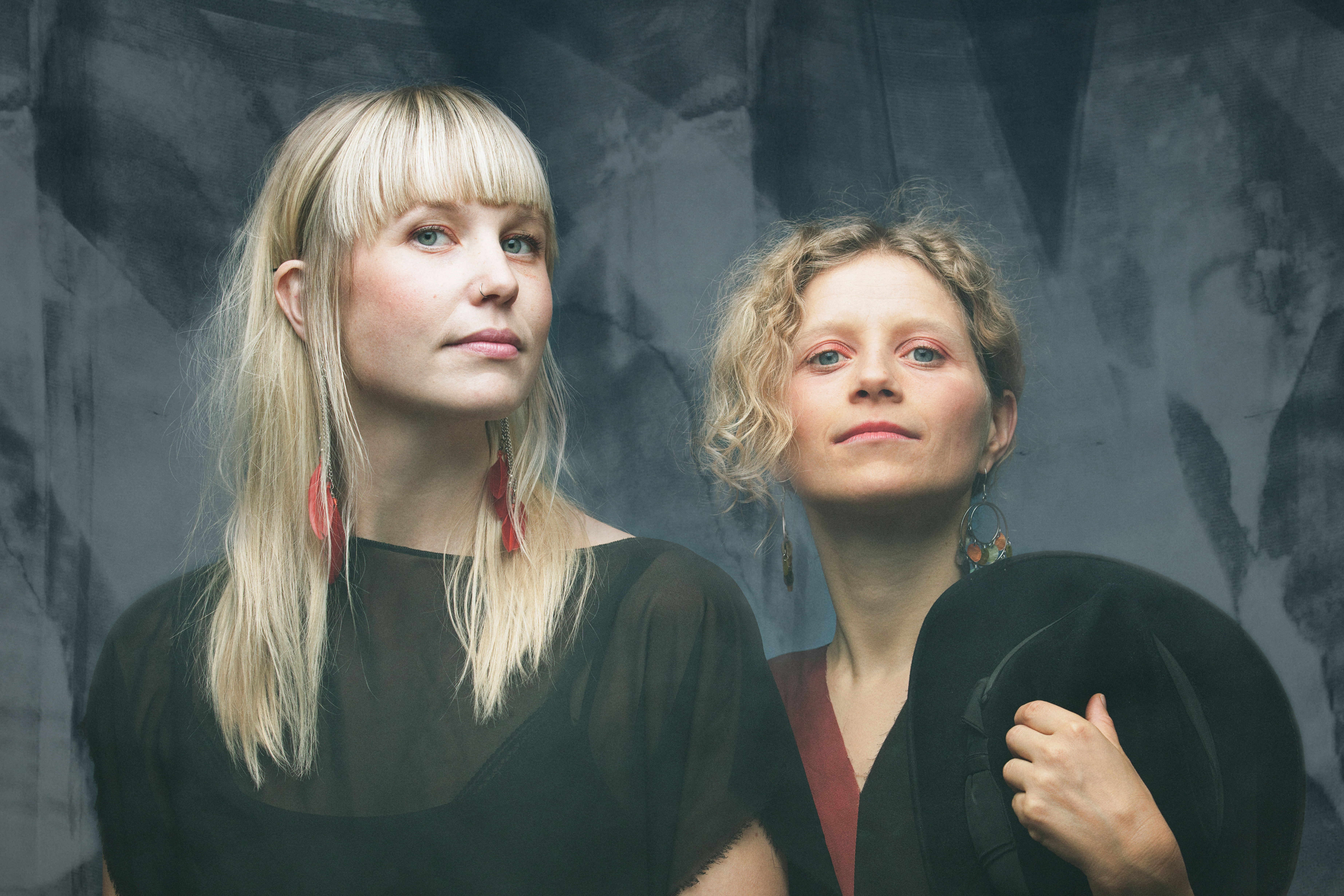 Eisenberg reviews Shtoltse Lider, a multimedia stage show, with songs in Yiddish and English, and explanations and evocations in Swedish, from Swedish duo Ida and Louise.