Liebmann Hersch returned home to Geneva from a visit to Palestine in the summer of 1947 completely exhausted. Shortly afterward, he wrote to his family in South Africa to confirm he had returned home safely and to ask their forgiveness for not writing with his impressions, promising to do so once he regained his strength. In the meantime, he sent along a carbon copy of the two dense pages of typewritten text about his trip he had already sent off to his fellow Bundists.

This letter from Liebmann Hersch to the Bund’s central committee on July 6, 1947 is itself not the most visually striking document, but it gives a glimpse into how this leading Bundist viewed Palestine. He describes how well he was treated during his visit (he was given not only a car, but also a chauffeur who drove him wherever he wanted!) and speculates that he would not have been treated so well by the “leading circles of Palestine” if he were visiting as a Zionist. He depicts the Bundists in Palestine as “sitting on their suitcases,” ready to leave at a moment’s notice and disconnected from the flourishing of Jewish culture in the land where they reside.

Liebmann Hersch himself is a figure who appears on the margins of accounts of the Bund, despite his centrality to certain important events in the Bund’s development. His writing provoked Lenin’s critique of the Bund on the eve of the First World War. He appears in postwar accounts of the Bund as a figure who embraced Zionism earlier than the party itself, but these accounts do not always explore just how influential he was within the party and continued to be until his death in 1955. This letter helps tell the story of why Hersch warmed to Zionism. Unlike the address he gave in Hebrew on Jerusalem radio entitled “The Yishuv and the Diaspora,” in which he emphasized cultural connections between Palestine and Jewry in the rest of the world, this document places politics—including Bundist party politics—at the center. 1 1 This address has been frequently referenced by scholars looking to tell the story of the Bund’s shifting position towards Zionism. For example, see Rachel Rojanski, “The Final Chapter in the Struggle for Cultural Autonomy: Palestine, Israel and Yiddish Writers in the Diaspora, 1946-1951,” Journal of Modern Jewish Studies 6, no. 2 (2007), 189-190 and Gur Alroey, “Demographers in the Service of the Nation: Liebmann Hersch, Jacob Lestschinsky, and the Early Study of Jewish Migration,”Jewish History 20, no. 3/4 (2006), 276. In The International Jewish Labor Bund after 1945, David Slucki cites Hersch’s other public statements in the Yiddish press after visiting Palestine, but not internal Bund correspondence.

When looking into Liebmann Hersch this past year of research from a distance (the challenges of which Zachary Baker so beautifully chronicled for In geveb), I cast my net far and wide and came across this collection of his father’s papers in South Africa. The University of Cape Town was able to digitize files much more quickly than others, and the files they provided—including the one with this letter—invaluably enriched my research.

Although seeing an archival document is itself central to the delight of discovery, this briv funem arkhiv is being published without an image. The UCT Library went up in flames on April 18. In the wake of the fire, archivists and librarians in the midst of reckoning with what has been lost have quite understandably not responded immediately to my inquiry about reproducing an image from their collections.

South Africa is not the most unlikely place to find an important document of Bundist history, nor is it not the only place a copy of this letter is likely to be preserved, since it was sent to members of the Bund Central Committee throughout the world. Not everything is at YIVO (nor should it be) and investing resources and scholarly attention in YIVO alone won’t secure the Yiddish past. Even when the reading rooms reopen, I hope this can be a reminder of the importance of seeking out Yiddish material beyond the usual places, as well as their precarity there. 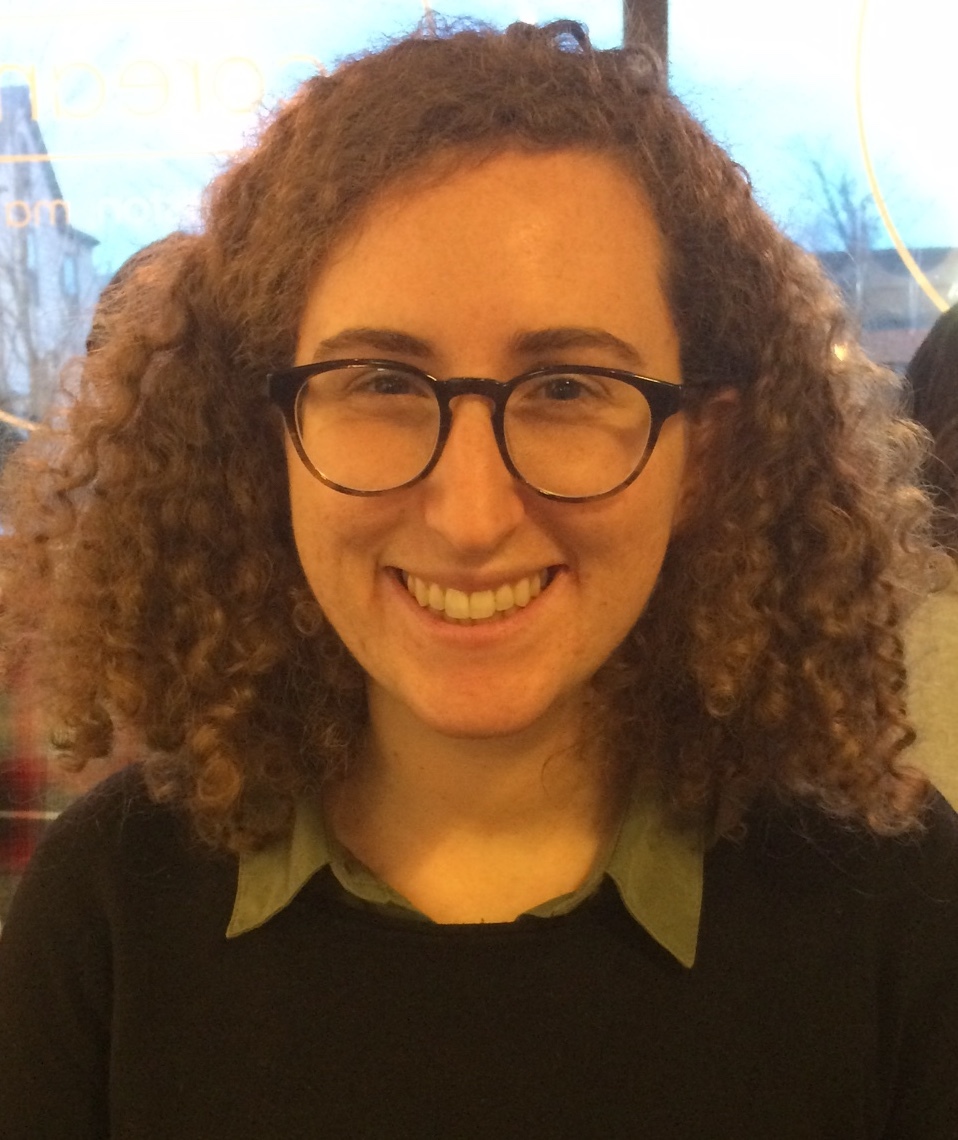 Elena Hoffenberg is a PhD student in modern Jewish history at the University of Chicago. 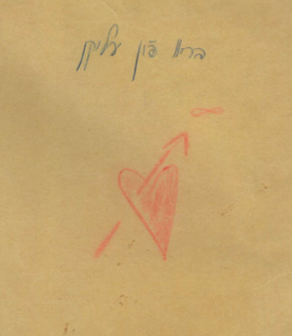 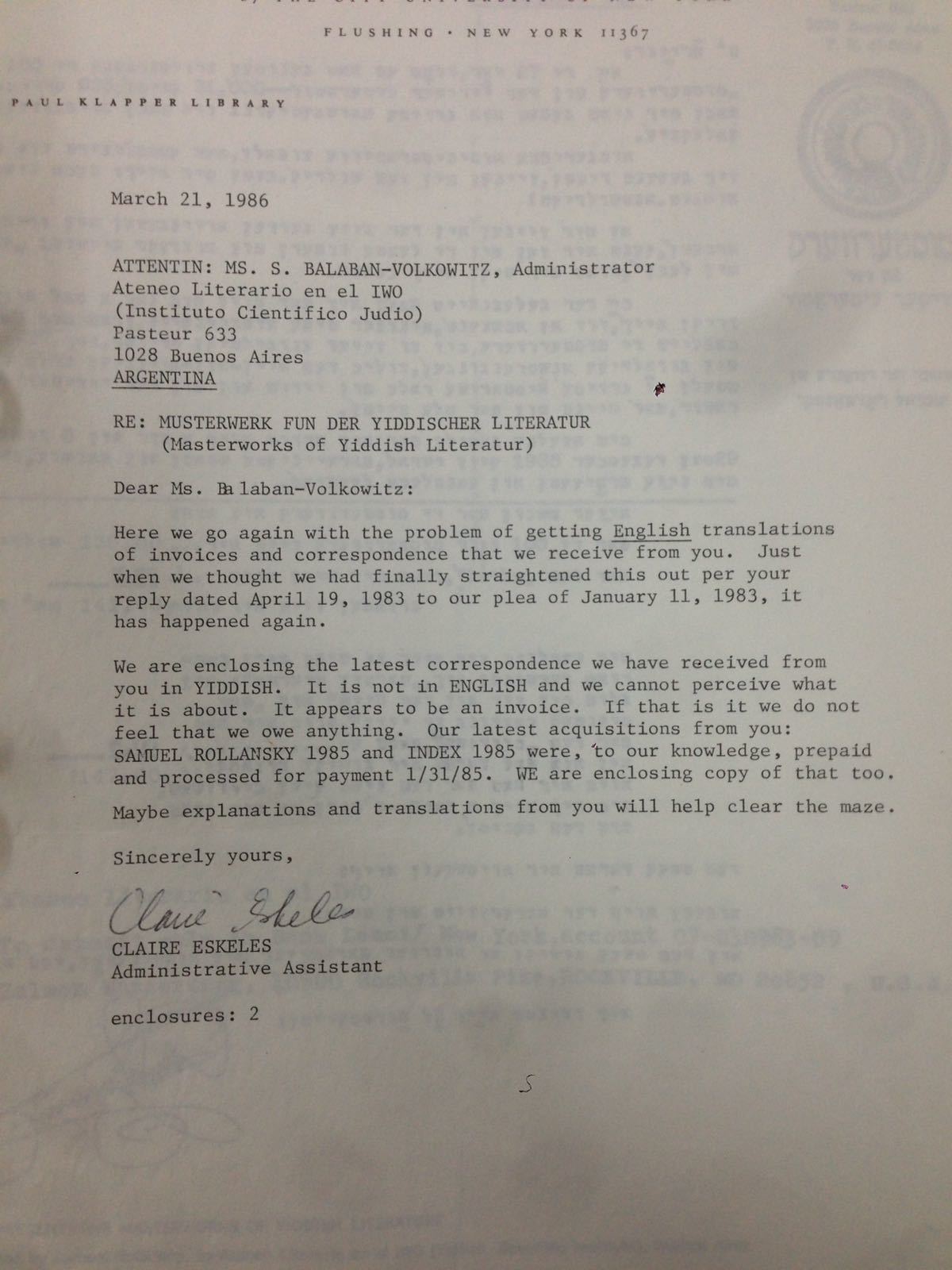