In the history of American media, few papers have been as significant in the development of 20th century U.S. political culture as the socialist, Yiddish-language Forverts. Not only did the Forverts provide a forum for discussion about Jewish and left-wing politics; it also played an active role in the everyday lives of hundreds of thousands of Jews in the United States for two generations. With a quarter million daily readers, the Forverts was the central node in an entire network of Yiddish culture constituted by a range of newspapers, as well as theater, film, education programs, and radio. Under the editorship of Abraham Cahan and the management of Baruch Charney Vladeck, the Forverts worked to bring socialism to two generations of Jewish workers, mediated through an accessible style reflective of the commercial American newspaper market. Sustained through advertising dollars in the wake of the First World War and the Bolshevik Revolution, as other left-wing publications collapsed and as labor unions and radical movements came under federal attack, it provided the ideological glue—as well as financial resources—that held together what Karen Brodkin termed “hegemonic Jewishness.” 1 1 Karen Brodkin, How Jews Became White Folks and What That Says About Race in America (New Brunswick, NJ: Rutgers University Press, 1998), 104. This ethnopolitical identity was central to the development of the U.S. labor movement in the early twentieth century, culminating in the formation of the New Deal consensus and the emergence of postwar liberalism.

Although often associated with the hyperlocal milieu of New York’s Lower East Side, where its famous headquarters rose above the tenement homes and sweatshops where its immigrant readers lived, worked, and struggled, Gennady Estraikh’s Transatlantic Russian Jewishness: Ideological Voyages of the Yiddish Daily Forverts in the First Half of the Twentieth Century demonstrates that the Forverts also played an important role, both as a publication and as a political institution, in linking together the intellectuals of the Russian Jewish diaspora. Paying close attention to the pages of the Forverts from its founding in 1897 through the Second World War, Estraikh shows how the journal, “initially a forum for Socialism, internationalism, secularism, and anti-Zionism…changed its agenda in virtually all domains of its political and cultural ideology” by mid-century. Through this process, Estraikh argues, the Forverts “reflected and influenced the ideological transformation of its writers and readers in the first half of the twentieth century” (5).

In eight chapters, Estraikh charts the range of debates among luminaries of the Yiddish press around the topics of greatest concern to the Yiddish intelligentsia. He highlights how leading writers at the Forverts negotiated Bundism’s contradictory impulses of proletarian internationalism and Yiddish nationalism, painting a vibrant picture of Yiddish socialism’s fluidity and its many tendencies as it responded to the tensions and traumas of the twentieth century. The first two chapters show how these contradictions first emerged during two concurrent historical events, the First World War and the Bolshevik Revolution. Although Forverts writers Ben Feigenbaum, a “Marxist purist” (45), and M. Baranoff both promoted an “unconditional internationalism” (42) in line with the pacifism of the Forward Association (the publisher of the Forverts), the Jewish Socialist Farband, and the rest of the Second International, Forverts editor Abraham Cahan saw this position as ignorant of the actually existing sentiments among workers. Cahan supported Germany, the home to a “civilized culture,” in contrast to the “barbarism” of Russia’s anti-Jewish atrocities (26). As the U.S. entered the war in 1917, Cahan was accused of being a German agent and the Forverts faced possible revocation of mailing privileges. In order to avoid the fate suffered by other left-wing journals, the Forverts translated all war-related articles into English and complied with federal restrictions in order to maintain postal access.

In the meantime, the Forverts provided excellent, detailed coverage of the ongoing events in Russia from 1917-1918, in contrast with major U.S. English-language papers. While the paper unequivocally celebrated the deposal of Czar Nicholas II, it offered space for critical debate over the direction of the Bolshevik revolution. Although Cahan and Moyshe Olgin, an Eastern European correspondent, both initially supported the Mensheviks, Cahan declared support for the Bolshevik government in May 1918, as he “tacitly accepted the revolution as a fait accompli” (74). The Forverts writers, however, remained opposed to Leninism within American Socialist organizations. As Yiddish culture flourished in Moscow, and Bundists became government ministers, more writers became enamored with Lenin’s government. By 1922, the Jewish Socialist Federation split, with many defecting from the Socialist to the Communist Party. Cahan purged five writers from Forverts, leading to the founding of a new publication, Di frayhayt, which Olgin edited.

Estraikh shows how these schisms set the stage for ongoing transatlantic cultural and political debates over the course of the 1920s and 1930s. Chapter three covers the argument over Yiddish schools between Cahan and other Forverts writers and editors and the Workmen’s Circle. The Forverts was anti-Yiddishist; Cahan saw Yiddish as a tool to bring Jewish workers into the Socialist movement, not as a language and culture that warranted preservation. By contrast, the Workmen’s Circle developed a program that sought to preserve Jewish identity in the diaspora and strengthen bonds between second-generation American Jews and “the millions of Jews who live, struggle, enjoy and create culture in their own language” (97).

As the Forverts increasingly gave voice to cultural nationalism, it became a hub of what Tony Michels has called “anti-Bolshevism from the Left, in defense of socialism” (134). Chapter four discusses this evolution by focussing on the relationship between Cahan and contributor Raphael Abramovitch, a “left Menshevik” (124). Abramovitch saw the revolution as having been a peasant, rather than proletarian uprising, and wanted to see the worker councils become the dominant political force, rather than the Communist Party. Defecting to Berlin in 1920, he hoped to build new international Socialist alliances in the wake of the Second International’s collapse. Although he left Weimar Germany for New York in 1925, the Forverts’ Berlin bureau became a major site of Yiddish literary culture and politics throughout the 1920s, as chapter five illustrates in detail.

In chapters six, seven, and eight, Estraikh shows how Yiddish nationalism coincided with growing support for colonial projects in Palestine and Crimea, with growing anti-Soviet sentiment, and with growing religious identification. Cahan and Vladeck both had come to see the appeal of Zionism by 1925, while also printing the perspectives of Zalman Wendroff, a Soviet Yiddish writer who favored Jewish colonization movements within the Soviet Union. Cahan remained skeptical of the Bolshevik experiment through his 1927 trip to the Soviet Union, but also became supportive of these efforts and wrote about them with great admiration in the Forverts.

By the end of the 1920s, Estraikh characterizes the Forverts as an “anti-Soviet tribune” (214). The bloody events of August 1929 made manifest the differences between the paper and the Comintern. The Frayhayt’s “pro-Arab portrayal” (214) of the Hebron Massacre led many Jews to abandon the Communist Party and its Yiddish-language journal. By 1936, the Socialist Party split, as the Forverts and other organizations in its orbit formed the Social Democratic Federation and gave support to the newly formed American Labor Party, endorsing FDR’s reelection and rejecting the Comintern’s call for a Popular Front against fascism. The 1939 Soviet-German Pact served as vindication for the anti-Communist position, with the Forverts declaring it “Stalin’s ‘Heil Hitler!’” (253), as did the 1943 execution of Polish Bundists and Forverts correspondents Henryk Erlich and Victor Alter, who had been convicted of being spies. While the Forverts supported the Soviet Union over Germany following the 1941 Nazi invasion, it continued to stand vehemently against Stalinism. By this time, Workmen’s Circle schools were “not as Yiddish and secular as they used to be,” (272) and the Forverts Saturday and holiday issues “increasingly took into consideration the interests and sensitivities of the traditional reader” (p. 274). As Hasidim fled Eastern Europe for the United States, and American Jews developed nostalgic feelings for the alter heym, the Forverts came to support an American Jewishness articulated through religious observance rather than secular culture and socialism.

Estraikh tells this story with wonderful detail, largely drawn from the columns of the Forverts itself. As such, Transatlantic Russian Jewishness is an excellent resource for reviewing the major debates among the intellectuals of Yiddish socialist movements. Thanks to Estraikh’s expertise, scholars less proficient in Yiddish will be able to make sense of these critical discussions. But for all the detail, Estraikh provides little in the way of social-historical context. The actors in Estraikh’s narrative respond to events, but it’s unclear what major social forces—monopoly capital? state power? antisemitism?—were at play that led to those events, or that structured the individual responses. In other words, Estraikh’s “ideological voyages” lack materiality.

The consequences of such elision become clear in the book’s conclusion. Estraikh recounts a Workmen’s Circle activist in 1990 stating, “My father was a Socialist and freethinker, I am a liberal and belong to a Reform congregation, and my son is an Orthodox,” noting “irony” but not “bitterness” in his words (294). Perhaps the speaker’s sensibility reflected the zeitgeist, as neoliberals declared history over with the fall of the Berlin Wall, but today’s myriad crises demand a usable past.

In order to construct such a history, Estraikh might better explain the notion of transatlantic Russian Jewishness. Although he holds that he does not aim to develop “a new theoretical term,” his title is meant to refer to “the split worldview of Yiddish-speaking immigrants” (5). We see how the Forverts provided a window into the Yiddish intellectual world that spanned New York, Berlin, and Moscow—and there is great joy in peering in. But the author does little to show how this was significant in the lives of everyday, Yiddish-reading workers. The Forverts featured not only heady discussions around Socialism and Zionism, but also the famous advice column A Bintl Briv, photographs of movement leaders and artists, and advertisements for packaged foods and household products to be purchased by Jewish, working-class women. With little mention of these other facets of the paper, Estraikh overlooks how the Forverts’ particular brand of socialism was shaped only in part by the Forverts’ explicitly political discussions.

Further, in one of the book’s most engaging sections, Estraikh reviews readers’ letters weighing in on the 1936 Stalin Constitution. The range of opinion signals that the Forverts, even as a staunchly anti-Communist publication, structured a transatlantic, proletarian public that held a diversity of perspectives. This points towards the many contradictions that exist within media ecologies, and undermines Estraikh’s overly simplistic, stated notion that media reflect the values of the audience.

Stronger theoretical engagement would help Estraikh make better sense of the “split worldview,” and begin to answer politically relevant questions: What were the implications of such a split worldview for the development of the international left—-- or for global leftwing movements today? For Jewish identity formation, or diasporic identities more generally? What role might the press—and in a contemporary context, media—play in mobilizing such movements and maintaining transnational organizations? Instead, Estraikh’s professed aversion to theory, perhaps much like Cahan’s own anti-theoretical tendencies, obscures the ideological work being done through omission. But as we see the growth of a democratic socialist movement in the United States against a rising tide of fascism, as American Jews increasingly interrogate the historical basis of the Zionist consensus, and as transformations in our media system open up potential international solidarities, contemporary readers are unlikely to accept that we exist in the best of all possible worlds. To do so is to deny the struggle embraced by Forverts writers—and readers—for a half century. 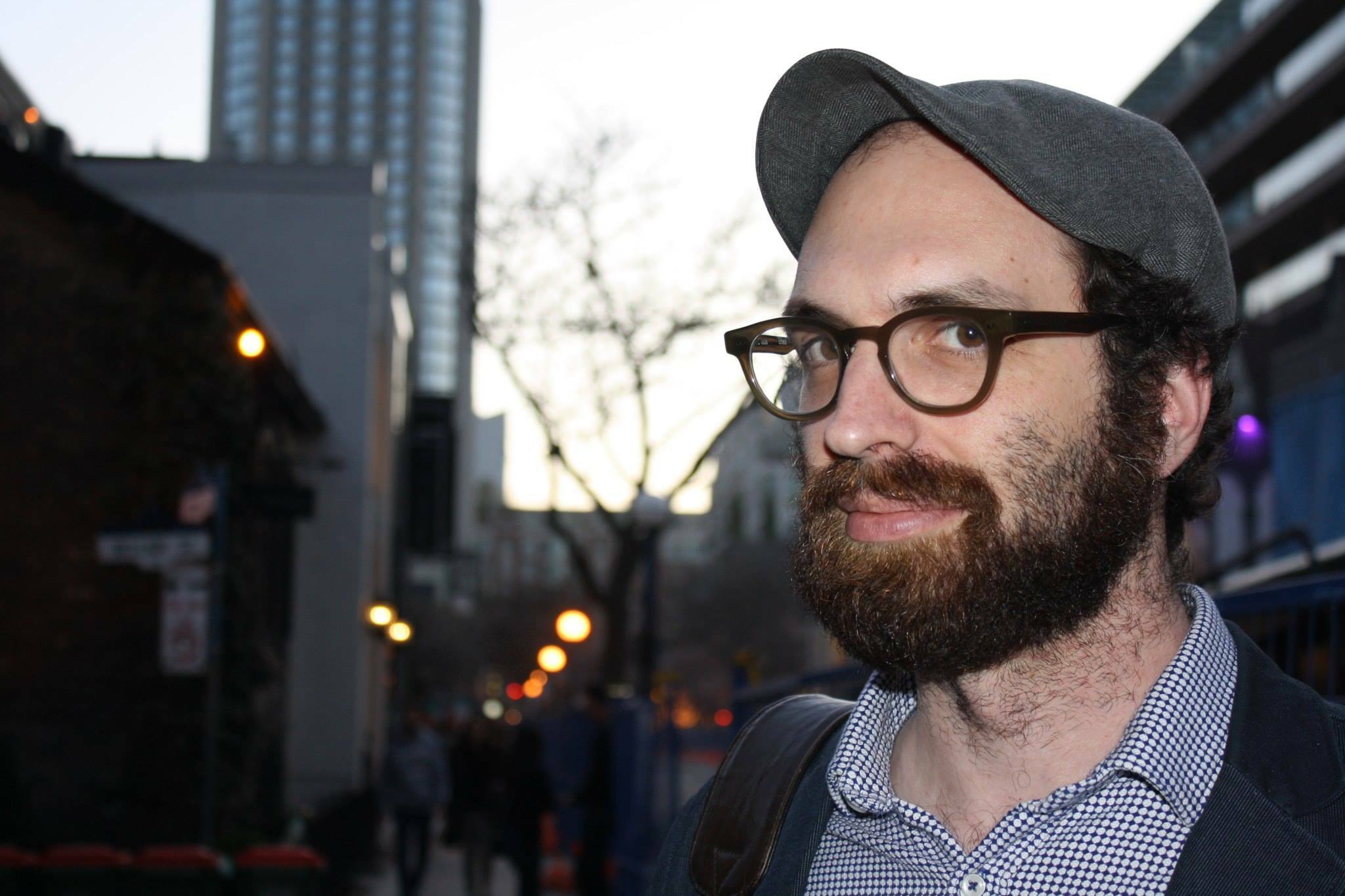 Brian Dolber is Associate Professor of Communication at California State University San Marcos. He is the author of Media and Culture in the U.S. Jewish Labor Movement: Sweating for Democracy in the Interwar Era (Palgrave, 2017).

Yiddish Mass Culture in History and Practice: Eddy Portnoy's Bad Rabbi: And Other Strange But True Stories of the Yiddish Press 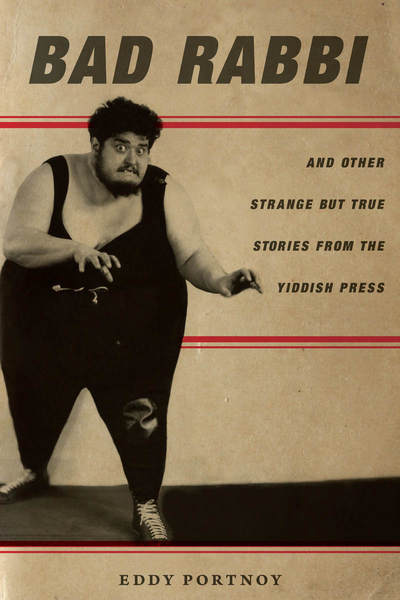