Review of Seeds in the Desert by Mendel Mann, translated and with an introduction by Heather Valencia

Review of Seeds in the Desert by Mendel Mann, translated and with an introduction by Heather Valencia

Mendel Mann (1916-1975) was a unique voice among Post-Holocaust Yiddish writers. Compared with figures such as Avrom Sutzkever, Isaac Bashevis Singer, and Chaim Grade, Mann might not be as widely known around the world, but I hope that this will change thanks to a new volume of translations of his short stories into English by Heather Valencia. As Valencia shows in her fine introduction, Mann’s dramatic and peripatetic life is essential to understanding his literary creativity and work. He was born in Płońsk, Poland and grew up in the village of Kuchary, where he was educated and showed talent for painting. He was admitted to the Academy of Arts in Warsaw and began writing and publishing poetry in Literarishe bleter and other Warsaw Yiddish publications in 1938. When World War II broke out in September 1939, he escaped from Warsaw to Brest-Litovsk on the other side of the Soviet border, and then went deep into rural Russia, where he was later mobilized into the Red Army. He fought with the Soviets against Nazis and witnessed the battles during the siege of Moscow and the fall of Berlin. In 1945, he went directly from Berlin to Łódź and later to Resenburg.

Mann was thus a refugee, a displaced person, one of the people of sheyris hapleyta. He continued to write and publish Yiddish poetry, as well as to be active in the Yiddish press in the DP camps in Poland and Germany. In 1948, he moved with his family to the Yidishe medine, the newly established Jewish State, where he joined many refugees and Holocaust survivors living in “abandoned” homes of Palestinians fleeing the 1948 war and in transit camps that were established there for new Jewish immigrants from war-torn Europe and the Middle East. Mann became Avrom Sutzkever’s secretary and a contributor to the new journal Di goldene keyt in 1949. When the literary group Yung Yisroel was established in 1951, he was there as a founding member. During the 1950s, he lived and wrote in Israel, and it was his most productive period as a writer. He published numerous short stories, an astonishing novel In farvoloztn dorf (“In a Deserted Village,” 1954), about the life of Yiddish speaking refugees and Holocaust survivors in Israel, as well as a trilogy of novels based on his experience in World War II. Then, in 1961, he moved to Paris to work for the Yiddish newspaper Unzer vort, where he continued to write. Towards the end of his life, he returned to his love of painting, after becoming a close friend of Marc Chagall.

Kerner in midber: dertseylungen (1966), the volume of forty short stories written in the 1950s and early 1960, from which Valencia translated, is a fine choice to introduce Mann’s writing to a wide audience in English, because this volume shows the range of his stories and experiences, as well as his unique narrative style. These stories take place in Israeli cities, towns, and villages, in the post-war Soviet Union, and in Poland of the interwar period. However, it is often very difficult to tell where the stories actually take place, because they express an experience of dislocation and total disorientation. Many of them begin with or contain sentences such as “Did anyone from your family survive?” “You must hear me out,” or “I think I know you…we’ve met somewhere before,” which indicate the urgency of telling the story as a way to deal with trauma, guilt, and despair. Some of these stories are told by a first-person narrator; others by an omniscient third-person narrator who relates the experiences of lonely, uprooted refugees. They are all extremely powerful, but in the context of the history of Yiddish literature, the most distinctive stories are those set in Israel.

Take, for example, the story bay di khurves fun apolonia (“By the Ruins of Apollonia”), published originally in 1957. Its unnamed narrator is a lonely and emotionally troubled refugee or Holocaust survivor who sits in a little café by the seashore and sees mirages. “My fata-morganas,” declares the narrator, “are ruined cities, of the ripped-out entrails of the earth, fires on the horizon, the gleaming sliver of a wing flashing among the clouds, and a mighty mushroom cloud rising up to the seventh heavens”(24). In order to get temporary relief from these nightmarish images, he wanders from his home in the Jabaliya neighborhood of Jaffa along the coast of the Mediterranean. Then, he discovers the ruins of the ancient fortress of Apollonia (known also as Arsuf in Arabic), near Herzliya, and he wonders about the history of the place and how it became ruined. He meets Mustafa, an elderly man originally from a nearby deserted Arab village, who was “poking around the thorn bushes and peering into the cracks on the rocks. His white-stripes garment gleamed in the dusk, and the sound of the flute mingled with the twittering of birds and the distant sound of the waves.” The narrator asks Mustafa: “What are you looking for, old man?” The answer is strange and convoluted, and it leads Mustafa to tell the narrator his life story, which involves a woman, a snake, and his wandering in the Palestinian landscape that changed so much after the 1948 War, which Palestinians experienced as al-Nakbah (“The Catastrophe”).

What I find so extraordinary in this story is what Dominick LaCapra called “empathic unsettlement.” LaCapra claims that empathy is “mistakenly conflated with identification or fusion with the other,” but it should be understood in terms of “an affective relation, rapport, or bond with the other recognized and respected as other.” 1 1 Dominick LaCapra, Writing history, 141. In Mann’s story, the Jewish refugee from the Holocaust, and Mustafa, the Palestinian refugee of 1948, discover a mutual ground, and they try to develop a common language of empathy without identification, while recognizing the difference between them and their respective experiences. Despite these vast differences, there is also commonality. The two men had lost their homes and their families; both were trying to find a piece of ground to stand on in the radically new physical and social landscape of Israel/Palestine. Although Mustafa is placed in an Israeli prison for six months at the conclusion of the story, it ends with the Palestinian figure giving his flute to the Jewish narrator to “look after it” until he comes back, a gesture of mutual recognition and trust.

The narrative and characters of this and other stories set in Israel (“The Dove of Nablus,” “The Mosaic of Ashkelon”) are unique in the context of Israeli literature of the 1950s and 1960s. The story “The Old Jackal” is a good illustration of this as well. While the jackal is a literary trope familiar to Yiddish and other writers from Kafka’s story “Jackals and Arabs,” it also appears in Mann’s stories as a way to come to terms with the new Israeli landscape and with the Palestinians’ experience of the Nakba, filtered through his own experience of being a refugee during and after the Holocaust.

It is only recently that we have begun to explore Israeli Yiddish writings in earnest. Because almost all Yiddish writers in Israel were Holocaust survivors and refugees, much of their literature refuses to consider the Israel/Palestine experience through the zero-sum logic that characterizes competitive approaches to memory. Here, it is helpful to think in terms of what Michael Rothberg has called the implicated subject: “neither a victim nor a perpetrator, but rather a participant in histories and social formations that generate the positions of victim and perpetrator, and yet in which most people do not occupy such clear-cut roles.” 2 2 Michael Rothberg, The Implicated Subject: Beyond Victims and Perpetrators (Stanford: Stanford University Press, 2019). The notion of the implicated subject brings to mind Bashir Bashir and Amos Goldberg’s “ethics of disruption,” a conceptualization that rejects binary politics of victimhood in the Israeli/Palestinian experience. Rather, it facilitates an approach to the question of Israel/Palestine vis-à-vis the memories of the Holocaust and the Nakba. 3 3 Amos Goldberg and Bashir Bashir, The Holocaust and the Nakba: A New Grammar of Trauma and History (New York: Columbia University Press, 2019)

While writers such as Avrom Sutzkever, Yossl Birshteyn, H. Binyomin, and Tsvi Ayzenman all wrote about the 1948 War, “abandoned houses,” and the plight of the Palestinians, this topic is central to Mann’s Israeli stories and novels. It might be instructive to think about Sutzveker’s poema, a book-length narrative poem entitled Gaystike erd (“Spiritual Land”). In this poema, Sutzkever tried to establish a new collective identity for Yiddish-speaking Jews in post-Holocaust Israel. in that book, Sutzkever challenges many Israeli assumptions about the concept of mi Shoah le tekuma (“From Holocaust to rebirth”), and about the 1948 War. By calling the poema “Spiritual Land,” he insists on the fact that it is not the territory that is “sacred” or “spiritual,” but rather the survivors who upon their arrival impart their sacredness to the land. However, Sutzkever never expressed the kind of “empathic unsettlement” that makes the traumatic experience of Yiddish-speaking survivors and refugees parallel with that of Palestinians in the Nakba.

Mann’s literary oeuvre is still waiting for more discovery, translation, and study. Its study should be both in comparison with other post-Holocaust Yiddish writing, and with Israeli literature. The volume Seeds in the Desert is an excellent first step in this process.

Pinsker, Shachar. “Review of Seeds in the Desert by Mendel Mann, translated and with an introduction by Heather Valencia.” In geveb, May 2020: https://ingeveb.org/articles/review-of-seeds-in-the-desert-by-mendel-mann-translated-and-with-an-introduction-by-heather-valencia.

Pinsker, Shachar. “Review of Seeds in the Desert by Mendel Mann, translated and with an introduction by Heather Valencia.” In geveb (May 2020): Accessed Feb 04, 2023. 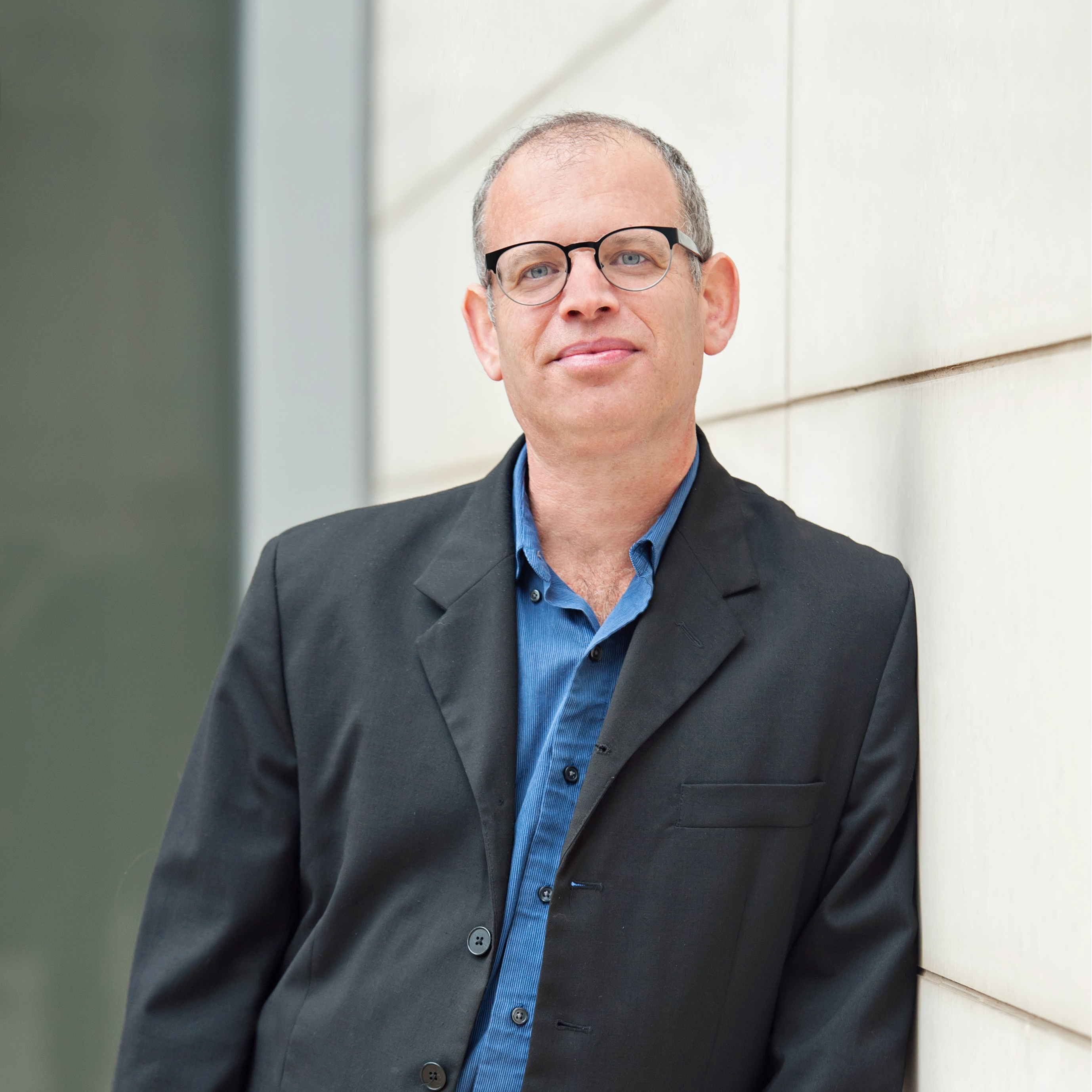 Shachar Pinsker is Associate Professor of Hebrew Literature and Culture at the University of Michigan. 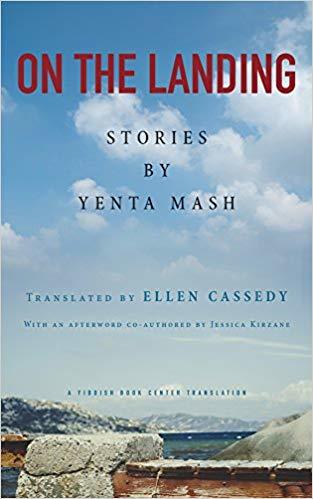