Review of Polacos in Argentina by Mariusz Kałczewiak

Review of Polacos in Argentina by Mariusz Kałczewiak

Polacos in Argentina provides a multifaceted perspective on the hybridized identities that transformed Polish Jews into Argentinian Jews and eventually into Jewish Argentines. Mariusz Kałczewiak offers a detailed, well-researched, and cogent study that focuses on Jews as both emigrants and immigrants, an approach that is still surprisingly rare among those studying Jewish migrations. Scholars usually tend to pay more attention to the perspectives from receiving countries, forgetting to acknowledge the continued ties migrants have with their countries of origin. The book successfully addresses this gap. Through cutting-edge transnational research and a variety of multilingual archival sources, it portrays the richness and complexity of constantly evolving Jewish identities. Yiddish and “Yiddishland” function here as frameworks of analysis that explore the heterogeneity of social spaces Jews inhabited, the diverse ideas they exchanged, and the networks they formed on both sides of the Atlantic.

Argentina received several waves of immigrants in what is known in global history as “the era of mass migration.” From the mid-1800s to the 1930s, over six and a half million migrants arrived in Argentina, making the country the second largest immigrant destination after the United States (6). Immigrants made up 30% of the total population before World War I. This demographic development was more visible in urban centers, where Kałczewiak focuses his attention: in 1869, foreigners constituted 67% of adults in Buenos Aires, and grew to 72% in 1914. 1 1 G. Germani, “Mass Immigration and Modernization in Argentina,” Studies in Comparative International Development 2, no. 11 (November 1, 1966): 172. Poles (both Jews and non-Jews) were the third largest immigrant community after Spaniards and Italians (6-7).

It is not an easy endeavor to define “Polish Jews” in the period between 1914 and 1939, given Europe’s changing borders and immigration procedures, and concurrent discussions about what constitutes a nation and nationality. Kałczewiak sees Polish Jewry as an extremely diverse group of “those born on territories that were part of the Second Polish Republic after 1918” (10). This is a broad definition that gives the author the opportunity to present various immigrant experiences. His approach is a study of identities in the contexts of diasporism and Jewish and Argentine nationalisms. Kałczewiak’s emphasis on the diversity of Polish Jewish identities and experiences within migration follows scholarly developments within the still niche (or marginalized) field of Latin American Jewish Studies. For example, Raanan Rein and Jeffrey Lesser propose using the term Jewish-Latin American rather than Latin American Jewry to highlight “national identity without denying the possibility of a diasporic identity.” 2 2 J. Lesser, R. Rein, (2006) Challenging particularity. Jews as a lens on Latin American Ethnicity. Latin American and Caribbean Ethnic Studies, 1(2): 250. They step away from any single group’s uniqueness when studying ethnicity in Latin America. Kałczewiak recognizes this trend by putting the Polish-Jewish sub-ethnicity and its transnational character in dialogue with “Argentineness” (argentinidad). Although I did not expect the book to attempt a large comparative study, these arguments would benefit from including more examples that accentuate similarities between multiple ethnic groups and Jews’ “nonuniqueness.”

Kałczewiak uses a variety of transnational approaches. He insightfully explores the ambivalent space and portrayal of Argentina in the Polish-Jewish imagination. His analysis of Yiddish immigration guidebooks (Leyent un veyst vohin ir fort [Read and Know Where You are Going]; Di beshraybung for argentina un ire kolonyen [The Description of Argentina and its Colonies]) and Yiddish newspapers (Haynt; Der Moment; Hayntige Nayes) presents the numerous debates among Polish Jews on whether or not to leave for Argentina. Kałczewiak argues that these sources functioned as “emigration advisors” (47) that provided both opinion pieces and practical information on topics like Argentine geography, politics, working conditions, and how to prepare for the transatlantic journey.

While many of these texts encouraged migration, Polish-Jewish readers were also exposed to conflicting images of Argentina. Some newspapers strongly discouraged immigration and depicted the country as “a filthy, degenerate land, polluted with the worst elements of Jewish society” (55). Fears and anxieties around female sex trafficking and the Jewish criminal underworld were a common global phenomenon in the early twentieth century. “Juicy white slavery stories,” Kałczewiak writes, were intended to have “a chilling effect” on those considering leaving Poland (55). While a book about interwar Poland and Argentina could not exist without mentioning sex work and its influence on many aspects of Jewish lived experiences, the author skillfully navigates this topic, which is overrepresented in Jewish Argentine historiography. Kalczewiak joins the recent scholarly trend of disentangling the excessive identification of the Polish-Jewish community in Argentina with prostitution.

Kałczewiak spends considerable time exploring the Yiddish travelogues of Peretz Hirschbein 3 3 For more of Kałczewiak’s work on Hirschbein see: Mariusz Kałczewiak. “Anticolonial Orientalism: Perets Hirshbeyn’s Indian Travelogue.” In geveb (July 2019).; Mariusz Kałczewiak, Dorfishe yidn. The countryside in Peretz Hirschbein’s works, Kwartalnik Historii Żydów 273, no. 1 (2020): 69-89. and Hersh Dovid Nomberg, two Polish-Jewish writers who traveled to Argentina and documented their observations. These texts reinforce Kałczewiak’s arguments about the duality of commitments and transnationalism. His thorough analysis and interpretation, supported by theoretical perspectives from cultural, literary, and gender studies, capture the ambiguity of perceptions about Argentina. On the one hand, the country was seen as a “legitimate member” of Yiddishland, “a laboratory where a new secular Yiddish and self-asserted Jewish ethnicity could grow strong roots” (76). On the other hand, Kałczewiak argues that Hirschbein’s and Nomberg’s accounts contributed to Argentina’s exoticization and in some ways resembled other “Eurocentric” travel writings. Both travelers understood societal structures and internalized local Argentine hierarchies of whiteness, treating indigenous populations as inferior. Kałczewiak rightly notices that Jews and Jewish writers occupied a liminal position and were judged as neither black nor white; hence, their positionality might seem contradictory or need to be examined on a situational basis. Discourses about race are essential to understanding the Latin American landscape, and studies of Jewish figures in Latin America cannot be exempt from such investigation.

Kałczewiak’s historiographic intervention to the study of landsmanshaftn 4 4 Mutual aid societies formed by Jewish immigrants from the same villages, towns, and cities in Central and Eastern Europe. offers a needed analytical perspective on understudied issues in the Latin American context. Polacos in Argentina looks at a very well developed and organized landsmanshaft called “Poylisher Farband,” which is seen as an example of a Polish-Jewish diasporic sub-ethnicity. Kałczewiak describes the complex relationship that landslayt (members of a landsmanshaft) had with both Argentina and their original homeland. He argues that these spaces, which were created by fellow Jews coming from a single region, only reinforced their sense of belonging to the Argentine state. Since immigrants constituted a majority of the Argentinian urban population at that time, “articulating one’s (sub)ethnicity was thus a channel, not an obstacle” (164). Kałczewiak’s analysis reflects well on the changing nature, needs, and identity of landsmanshaftn members. In the 1930s, landslayt refocused their main goals by becoming more of “ethnic social clubs rather than mutual help organizations” due to their growing cultural aspirations and relative economic prosperity (154). Kałczewiak points out not only the transnational nature of these endeavors, but also the (dis)continuity and intergenerational relationships between migrants, a topic that has been and should be widely discussed in contemporary contexts.

A historian who researches non-state actors, global interconnectivity, and the movements of people and ideas deals with added layers of challenges. Embarking on a project in transnational history is a brave undertaking that requires extensive resources, deep understanding of a variety of historical contexts, and a unique skill set. Transnationalism gives endless possibilities for research, but also brings risks and dangers of excess. Kałczewiak has surely made some difficult and thoughtful decisions in regard to the definitions, scope, focus, and periodization of his book. Polacos in Argentina is a meticulously researched piece of scholarship that guarantees a wide range of interlocutors for years to come. Such interlocutors might question some of Kałczewiak’s choices. For example, would Kałczewiak’s conclusions be the same if he had chosen different chronology and ended his book with the Argentine presidential election of Juan Perón in 1946, instead of the beginning of World War II in 1939? Transnational history should borrow from a decolonial perspective and invite or at least consider other chronologies that have been produced outside of European historiography.

In addition, I view Kałczewiak’s book as a call for a larger disciplinary intervention. Paradoxically, while it reminds readers that ethnic identities are rarely static, historians often have to fit into and work within subdisciplines that are largely based on outdated and restricting regional or national categories. Polacos in Argentina deservedly won the Latin American Jewish Studies Association (LAJSA) Best Book Award in 2020 and received much attention within the field of Latin American Jewish Studies. I would like to see how its rich material engages with other academic contexts, particularly contemporary migration studies and auxiliary sciences of history. 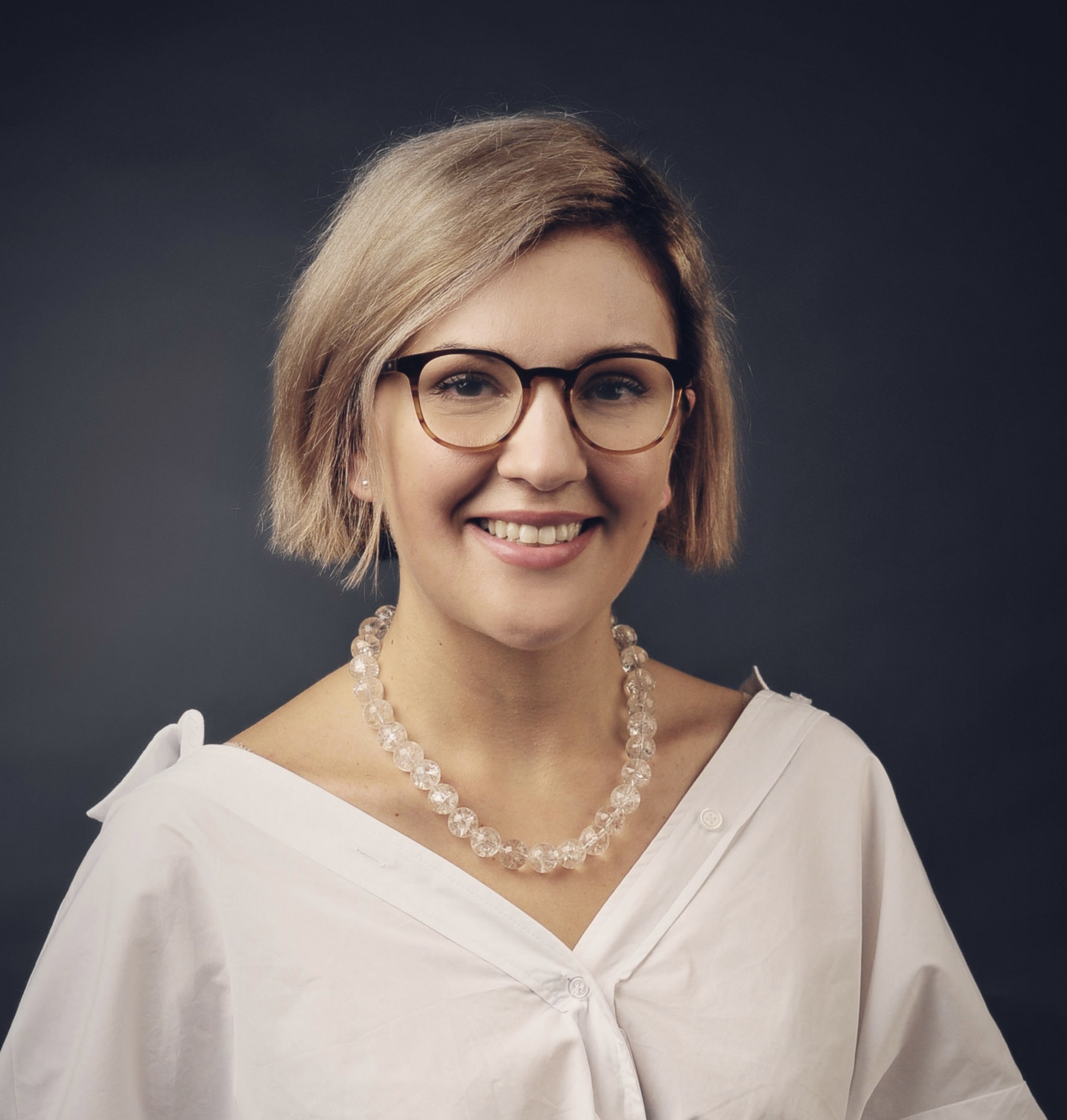 Joanna Spyra is a PhD candidate in Jewish history at the University of Bergen, Norway. 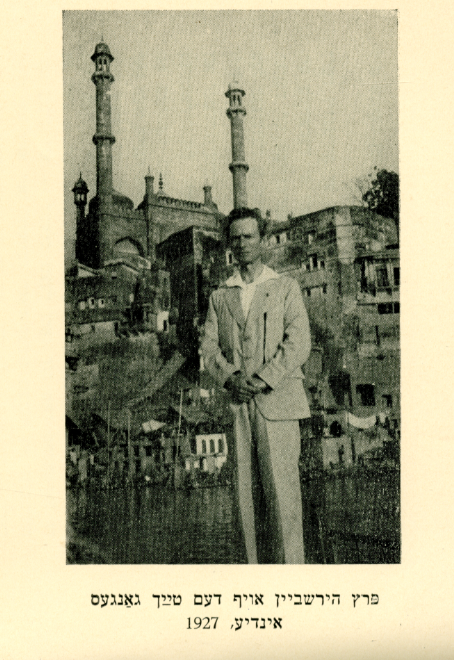 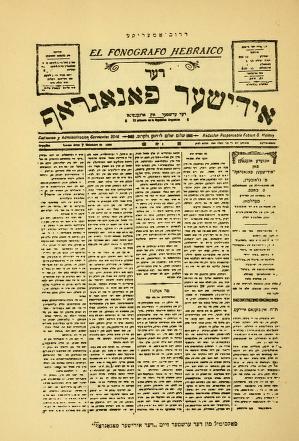 In studying Latin American (and indeed American continental) Yiddish culture, we need to appreciate the effects of encounter and interaction between these two well established transnational languages.