Click here for a pdf ver­sion of this article

At the introduction to this issue on Yiddish and the transnational in Latin America, I am compelled to mention the COVID-19 pandemic. I do not mean this in an apologetic manner, explaining publication delays or the personal and professional challenges of research and writing in these times. Though these challenges are certainly noteworthy, and my thanks go out to the contributors and editors who contended with these challenges in order to bring this collection to publication. The reason to begin with COVID-19 is to highlight the fact that this global pandemic has reinvigorated questions about contradiction and complementarity between the national and transnational interpretive frames, on a scale unimaginable when work on this issue began two years ago. The national and the transnational—two interpretive frames for understanding the dynamics of cultural production and the articulation of human experiences—have drawn our attention to competing and complementary narratives around the pandemic. As we have watched the circulation of viruses and vaccines, scientific knowledge and political rhetoric, these frames and their coarticulation have proven to be indispensable for a nuanced understanding of this unprecedented global challenge.

My intention is not to push an analogy between Yiddish cultural production and this devastating virus. Rather, I want to argue that the present situation in fact reiterates familiar questions that students and scholars of Yiddish have contended with for decades. Questions about how broad trans-national phenomena find particular national expressions and attachments have long guided the study of Yiddish as a diasporic culture. At the same time, questions about the global dynamics of the circulation of culture, generated by the local national features of ongoing cultural production, have guided the understanding of Yiddish as World Literature. These are also some of the questions set forth in the present issue.

Consideration of the national context has been indispensable to Yiddish Studies, even (or especially) when separating the discussion from a distinct Jewish national framing. How would we understand the significance of repressing the Yiddish origins of Argentine musical comedy without attending to the particular Argentine context of Jewish immigration and acculturation efforts? In her article on Spanish-language Argentine theater, Claire Solomon attends to the ways Jewishness and Yiddish function, if even under erasure, within an Argentine national frame. Solomon analyses the compromise formation between global allosemitic images and nationally produced concerns for Jewish integration as they are represented in early twentieth century Spanish-language Argentine theater. Yiddish production is always contingent upon localized national politics that may encourage or bury their cultural objects, and yet these same efforts are equally part of a broader transnational circulation of people and texts. How do we read the output of the Argentine Yiddish press in a way that balances the national publishing context with the malleable affiliations of its authors, the itinerant course of their lives, and the global scope of their mobility? In a review of Alejandro Dujovne’s recent monograph about the history of the Jewish press in Argentina, Rachelle Grossman discusses book production as a process that underscores “tensions between cultural continuity and the homogenizing demands of the nation state.” These processes were not unique to Jewish immigrants in Latin America, but the long-lasting role of Yiddish in mediating these tensions makes Jewish book production a noteworthy object in the study of Latin American transnationalism.

Similar processes are articulated when a Yiddish press in Mexico sets out to collect contributions from authors across the Americas to address a crisis in Europe. Tamara Gleason Freidberg and Arturo Kerbel address this in their translation and discussion of a Melech Ravitch’s 1941 essay introducing a new publishing venture entitled “Der kontinent”. How should we listen to a contemporary Argentine composer combining the story and musical tradition of the Passion of Jesus with Yiddish song, and all for a European classical music festival? Lila Fabro asks this in her article about Osvaldo Golijov and his broad engagement with a transnational and transhistorical legacy of Jewish music. How do we understand the interaction of New York based stars, Argentine troupes, imported materials and a local Yiddish crowd, as they come together to form the dramatic events of one theater season in Buenos Aires? Zachary Baker discusses this in his article on the Yiddish theater’s international “star system” in Argentina. In all of these, the national frame is necessary but insufficient for the study of such cultural phenomena.

Adding to important insights of the World Literature frame, the transnational frame further focuses the question of center and periphery in two distinctive ways. Firstly, in taking the nation-state as its basic unit of location, it counterposes to the deterritorialization present in studies of Yiddish as “diasporic”—studies that focus on the loss of a pre-diasporic center—a focus on the lived places of Yiddish cultural production. The “nation” here is no longer assumed to be a cosmopolitan and diasporic Jewish one, but rather is necessarily local; it is the seemingly “foreign” yet immediate grounds for Yiddish cultural life. Moreover, in taking the nation-state as its basic unit of “place,” the trans-national frame explicitly acknowledges the political dimension of any such “place.” These Yiddish cultural activists must contend, simultaneously, with Argentine, Mexican, American, European cultural regimes. This acknowledgement also sets the transnational frame apart from the politically underdetermined “global/local” frame. Secondly, while most discussions of center and periphery see the center as singular, the transnational frame complicates the distinction between center and periphery, refocusing our view on complementarity between the national and the supra-national. The topic of “Yiddish and the transnational” highlights questions about multiple national centers and the ex-centric dimension of Yiddish cultural production.

This is also where the question of Latin American Studies enters our discussion. Recent scholarship in Latin American Studies has turned to transnational lenses to understand the circulation of ideas and texts beyond borders, and in tension with those same national borders. Studies such as Hilda Sabato’s Republics of the New World: The Revolutionary Political Experiment in 19th-Century Latin America (2018) explicitly challenge the existing logic in Latin American Studies that would divide scholarship by the national origin of its objects of study. 3 3 Hilda Sabato, Republics of the New World: The Revolutionary Political Experiment in Nineteenth-Century Latin America, (Princeton, New Jersey: Princeton University Press, 2018).
The transnational frame in Latin American Studies highlights the conceptual elisions in nationally focused fields such as “Argentine literature” or “Mexican sociology.” The present issue intends to ask similar questions about the elisions of equally nationally oriented fields such as “American Jewish literature” or “Argentine Yiddish theater.” What cultural and political significations continue to circulate out of view of these fields demarcated by national borders? For example, Ravitch’s essay shows how resistant many Yiddish authors in the Americas were to the very idea of a center, any center. The “smallest” unit of Jewry they could conceive was Continental (American) Jewry, and the horizon persistently points to the possibility of consolidating “world Jewry.” What tensions come into focus when we look beyond the multi-national scene of Yiddish cultural production in the Americas, and towards the ex-centric, transnational dimension of Yiddish cultural production?

In its modern heyday Yiddish was a deeply transnational language. Jews from any national territory could exchange and share cultural production based on a common language that transcended Eastern European (and eventually global) national borders. Yet Yiddish was not a lingua franca, it did not narrowly pertain to educated elites or colonial administrators. It was transnational also in the sense that it transcended class divides, political alignments, and ideological borders. In Latin America in the late nineteenth century, Yiddish found a kindred language in Spanish–an imperial language whose empire had dissolved, leaving the Americas with a politically underdetermined, broadly popular linguistic network. Yiddish too was a language previously shared by imperial subjects in territories that subsequently fractured into nation states. Similar to Spanish, it continued to enable the circulation of cultural production across new national borders, cutting across class, ideology, and political divides. 4 4 In that it had become the shared language of a variable anti-imperial republicanism across the continent, Spanish had undergone a measure of political reorientation away from the imperial structures it had been undergirding for centuries. In the half century or so between the collapse of the Spanish empire in the Americas and the arrival of Yiddish speaking immigrants to the continent, both Eastern Europe and the American continent had fractured into geopolitically distinct “national” units. And both Yiddish and Spanish were languages that cut across these new divides, supporting trans-national networks of cultural exchange. Since the early nineteenth century fragmentation of the American continents into discrete republican nation states, Spanish has emerged as the transnational language of the Americas. There had been “pockets” of English, French, Dutch, as well as indigenous languages that maintained their linguistic differences for some time. 5 5 The exception is Brazil which, for many historical and political reasons, is an example to the contrary. But the overwhelming prevalence of Spanish in the Americas produced its transnational persistence well into the independence period. Even when there were erratic campaigns against Spanish, such as in the U.S., the use of Spanish persisted, in part precisely because of the power of its transnational circulation. This was the backdrop of the early encounter between Yiddish and Spanish, with the migration of Eastern European Jews to the Americas in the late nineteenth century.

The works presented in this issue all appreciate the sphere of Latin American Yiddish cultural production beyond the national, giving “pan-American” Yiddish culture the attention it merits as an object of study. By way of conclusion, I return to the COVID-19 analogy. The contributors all amplify the ellisions of conceptualizing culture as “local” and circulation as “national”–a conceptualization that has also featured prominently in popular presentations (or even simplifications) of the COVID-19 challenge. By foregrounding the contingency of national locations and concomitantly emphasizing the supra-national sphere–in which cultures, viruses, human experience and its expressions all circulate–what comes into view is a sphere that is both culturally determinative and historically contingent: transnational Yiddish. The coarticulation of the national and the transnational highlighted here in the study of Yiddish in Latin America mirrors the nuance required of us in understanding the coarticulation of an abstract global pandemic and its many, varied, and locally lived epidemic moments. In this too students and scholars of Yiddish, in the present issue and beyond, may anticipate the critical work ahead.

Lewis, Yitzhak. “Introduction: Yiddish and the Transnational in Latin America.” In geveb, May 2021: https://ingeveb.org/articles/introduction-yiddish-and-the-transnational-in-latin-america. 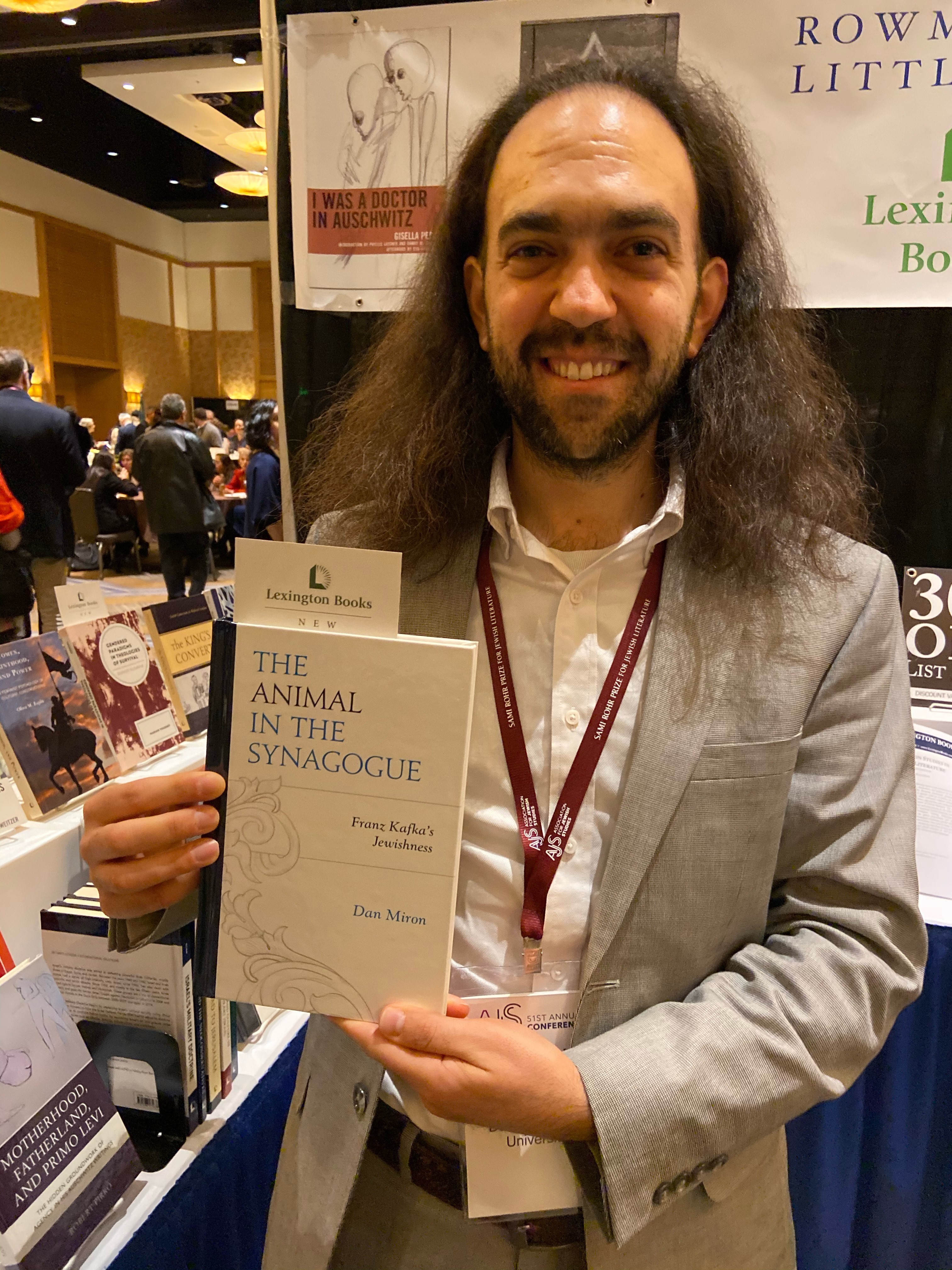 Yitzhak Lewis is Assistant Professor of Humanities at Duke Kunshan University, in China.

A wide array of scholarly articles exploring the interrelation of the national and the transnational in Yiddish cultural production in Latin America.

The Yiddish Columbus: Critical Counter-History and the Remapping of American Jewish Literature 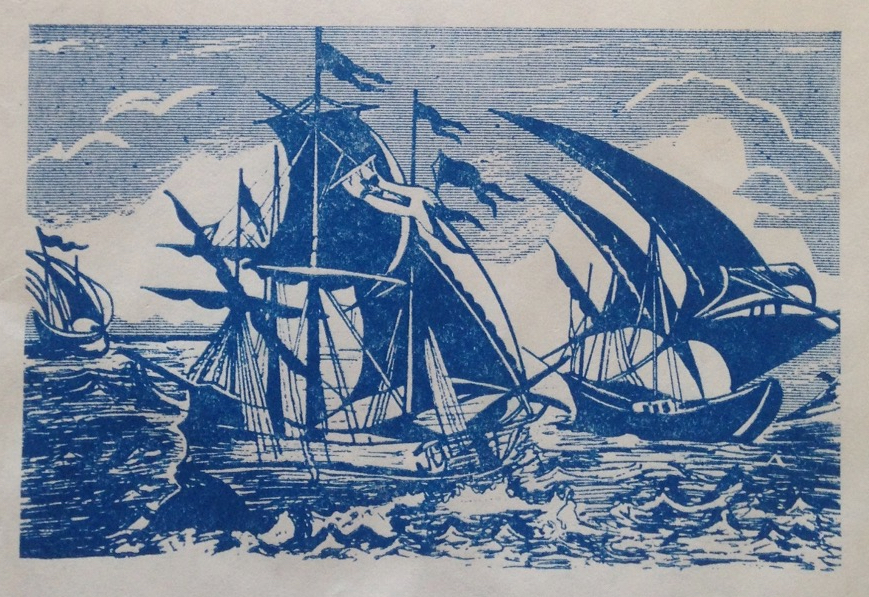 Glantz’s masterwork Kristobal Kolon offers a transnational vision of the Americas that insists—in Yiddish—on its Jewish, Muslim, indigenous and African origins, suggesting a new geography for American Jewish literature that exceeds the boundaries of what we understand the Americas and Jewishness to be.

‘Brother Jews of the Entire World!’ Bergelson, Hofshteyn, and Soviet-Yiddish in the Worldwide Jewish Family 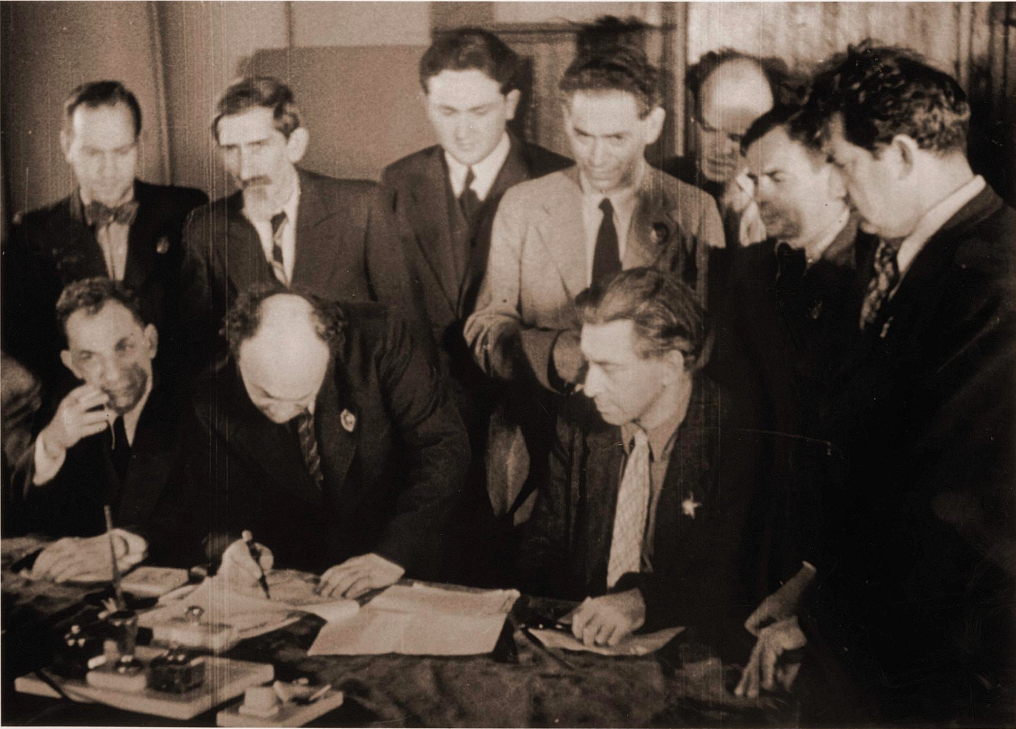 This article looks at the wartime artistic and journalistic output of Dovid Bergelson and Dovid Hofshteyn to see how these writers appropriated Soviet terminology to paint Soviet Jews as the elder brothers in a worldwide Jewish family.