In 1941, a time of turmoil and crisis, a book entitled Oysyes dertseyln was published in Brazil. Its author was Elihu Lipiner (1916-1998), a Bessarabian-born Brazilian, who moved to Israel shortly after the publication of a subsequent work, Ideologye fun yidishn alefbeys. (It was later published in an expanded Hebrew version, Hazon Ha-Otiot.) Among his other interests, Lipiner was concerned for many decades with a topic highly significant but in his day rarely the subject of a full-length study: how Jews relate to letters, words, and language.

Jews have been thinking about language for millennia. Theorizing it, theologizing it, translating it, imbuing it with metaphysical heft, deconstructing it, approaching it with endless playfulness and ultimate seriousness. Jews in vastly different settings and with a wide range of ideological commitments have exemplified this profound engagement. In modern times, individuals of Jewish origin have often been at the forefront of philosophy of language and formal linguistics. Jews have created new languages and struggled to preserve old ones. The love affair between Jews and words is one of the oldest in the world, and yet the affair is still passionate.

Amos Oz and Fania Oz-Salzberger gave recent expression to this perennial preoccupation in their 2012 book Jews and Words, and it was not incidental that these avowed secularists chose to open the work with a quotation from Sefer Yetzirah, one of the most enigmatic and influential works of the Jewish esoteric canon. When it comes to Jews and language, one has to go all the way back to the earliest sources and all the way across the spectrum of creed and practice to get the measure of this phenomenon.

In his recent meticulously-researched and sensitively-written work, Ariel Evan Mayse brings to the attention of the contemporary reader a remarkable theology of language to be found in the teachings of Dov Ber Friedman, the Maggid of Mezritsh (1704-1772). In so doing, the book represents a significant contribution both to what may be termed the theology of language, and to a contemporary appreciation of one of the most significant figures in the history of Hasidism. While rarely straying from his central themes, Mayse also points to parallels and contrasts with theories of language in other faith traditions, and as noted below, in the work of some Western theorists too.

The author is both a noted scholar and teacher of Hasidism and an exponent-practitioner of neo-Hasidism. Throughout this work, it is clear that Mayse experiences deep empathy with the work’s two main subjects: language and the Maggid. Admirably, this sense of identification does not come at the expense of rigor or critique. His voice is that of a religious insider. His analysis is that of an intellectual observer and synthesizer. Take for example this summary of the Maggid’s conception of the Divine: “His abstract God is… a God born of language that represents a remarkable departure from the doctrines of the medieval Kabbalists… Dov Ber describes words as linking God’s silent transcendence with the sacred immanence manifest in words” (6). There is poignant poetry here, but also thoughtful explication.

This book is carefully structured. Following an introduction to the Maggid as a spiritual personality, a historical figure, and a linchpin in the earliest phase of the development of the Hasidic Movement, the reader is invited to grapple with his approach to the essence of language. In the course of the second and third chapters, the Maggid’s remarkable approach is presented, offering fascinating contrasts with both traditional Jewish sources and modern philosophical inquiries. How, for example, are we to understand the process by which thought is expressed in language? Reflections on language by two of the Maggid’s contemporaries, Johann Georg Hamann and Moses Mendelssohn, help place Dov Ber in relief, highlighting some of the unique and fascinating aspects of his Torah of language.

In chapters four and five, two classic themes of Jewish theology—creation and revelation—are reimagined by the Maggid in light of his approach. As Mayse’s explanation develops, personal microcosmic dimensions emerge alongside the grand metaphysical sweep of these themes. The ultimate categories of Creation and Revelation are mirrored by the intimate human dimensions of creativity and study respectively.

Prayer warrants a chapter of its own as the work reaches its pinnacle, in line with Mayse’s view that “[t]he Maggid’s understanding of prayer is the heart of his religious vision” (199). Here words human and Divine, the resonances of tradition and the immediacy of experience, orality and literacy, recitation and intention—all these themes and others are explored. In a short epilogue a number of the book’s key themes are reprised, and we are reminded that “[t]he divine word languishes in exile. What is called for here is a fundamental reorientation in humanity’s relationship with language” (230). The universal tone of Mayse’s comment is not accidental, since one of his central claims is that the Maggid attributed cosmic significance to all language, and not just to the Holy Tongue employed in holy speech.

The book is good to the last drop, since it concludes with a fascinating bibliographical excursus, reviewing not only the primary sources from which the Maggid’s wisdom is gleaned, but also some of the key questions which informed the development of early Hasidic thought. Readers of this journal may be particularly interested to find in that discussion a consideration of the perennial tension between Yiddish and Hebrew in Hasidism.

Earlier in the book, Mayse reflects that, regarding Yiddish and Hebrew, “[t]he mutual interdependence of these two deeply Jewish languages in Hasidism runs quite deep” (70). It is in the appendix that Mayse expands on the possible influence of Yiddish on the Maggid’s reflections on language. He suggests that the fact that Yiddish “remains veiled within the shroud of Hebrew words” offers “a linguistic simultaneity that complements the Hasidic commitment to both oral language and written words” (248). Yiddish, then, is the language in which the words of Hasidism are spoken, and Hebrew the literary form in which they are couched for posterity.

This book represents a major contribution to a burgeoning literature concerning Jewish culture and language, a literature which has ballooned in size and range since the days of Elihu Lipiner. (Lipiner’s work is, incidentally, the only omission from the book’s extensive bibliography that caught my eye.) As an academic work, Speaking Infinities offers breadth of range and depth of insight. Some of Mayse’s phrases are particularly resonant, such as his observation that “[t]he Maggid describes the Torah as a linguistic expression of the boundless Divine” (141), or his assertion that “Dov Ber’s contribution… lies in his understanding of human and divine language as ever-imbricated and coterminous forms of revelation” (72). (I had to look up “imbricated”, and discovered that it refers to layering, like the arrangement of tiles. I am now determined to use this expression before the end of this review.) A number of the parallels he brings from other fields of intellectual endeavor (such as linguist Michael J. Reddy’s notion of the conduct metaphor and philosopher Ludwig Wittgenstein’s concept of the ultimacy of silence) are simply fascinating.

Mayse’s style is not usually polemical, but he does take issue with some previous readings of the Maggid. In particular, he argues that Gershom Scholem and in his wake Joseph Weiss and Rivka Schatz-Uffenheimer “fundamentally misconstrued the Maggid’s positive theory of language and his bold embrace of the revelatory capacity of human and divine words” (11). Scholem, he claims, was overly influenced by a picture of spirituality leading ultimately to silence. Close reading of the Maggid leads Mayse to conclude that language is not an outer husk to be discarded, but rather it is at the heart of most of the Maggid’s musings on the nature of humanity and divinity.

The book has its origins in the author’s outstanding doctoral thesis, and while it deserves a wide audience, it is not always an easy read. Mayse does provide some helpful explanations to orient the general reader to some of the more technical aspects of the Maggid’s imagery, but much is left unexplained. Intricate readings rooted in the sefirotic system can be off-putting, and I predict that a few sections of the work will prove challenging to the uninitiated. The author writes in the introduction that the book “was written with several audiences in mind” (x), and this fact constitutes both one of its strengths, and one of its challenges.

As I read it, Speaking Infinities is the result of Mayse’s own refusal to accept a banal distinction between scholarship and engagement, critique and commitment, dispassionate analysis and passionate involvement. In my judgment, it succeeds in offering much to diverse audiences. To coin a phrase, the different layers of explanation are imbricated in Mayse’s work with skill and delicacy. On a number of occasions, I found myself wishing I was in class with Professor Mayse, or with Rabbi Mayse, so that he could help tease out the many and varied strata of allusion and possibility woven into a Hasidic homily cited in the book. It is perhaps fitting that the act of reading this work illustrates the inspiration and frustration to be found at the borders of language. Words spoken in dialogue with intention and precision could unlock yet more possibilities of meaning.

At a time of crisis in the world, when words are deployed as weapons of obfuscation, smokescreens and stun grenades, the need for clear and deep reflection on the nature of language has never been more urgent. In this outstanding new book, God and humanity are described as meeting in the mystery of language. As language in general and particular languages struggle to survive the slings and arrows of outrageous misfortune, the words of the Maggid offer a fascinating way of thinking about what it means to pray, to say, to read and to learn. “The divine word languishes in exile,” Mayse tells us (230). This book is more than an excellent work of scholarship: it points to the possibility of return. 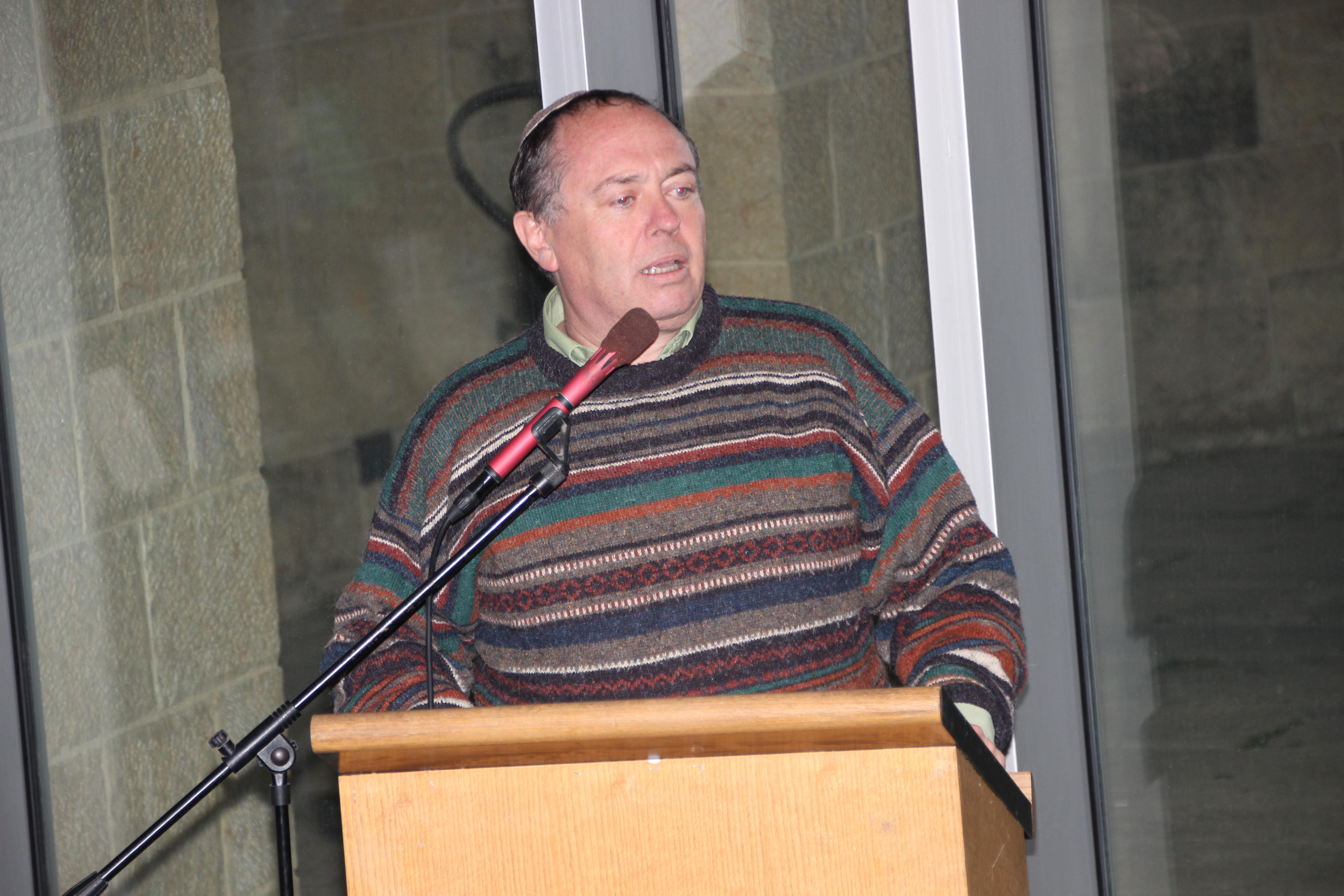 Michael Marmur is Associate Professor of Jewish Theology at the Hebrew Union College – Jewish Institute of Religion in Jerusalem.

Yokhed ve-tsiber: Individual Expression and Communal Responsibility in a Yiddish Droshe by Rabbi Joseph B. Soloveitchik 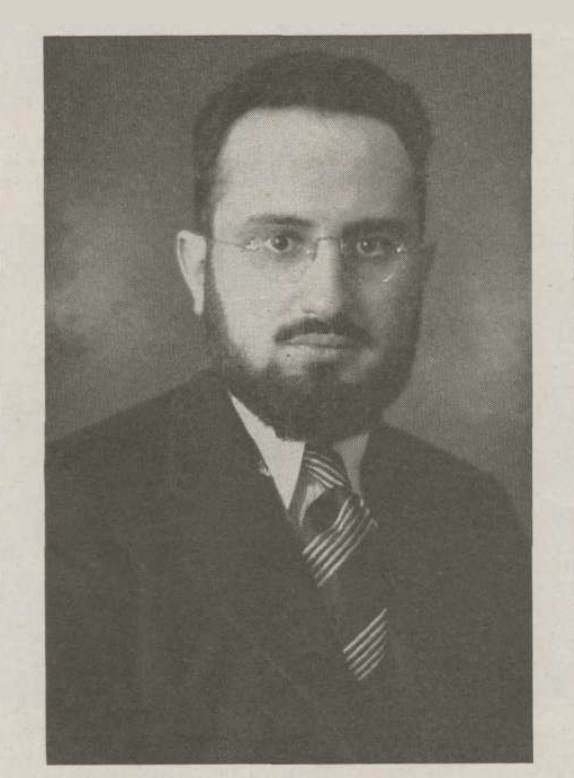 Scholarship on Soloveitchik’s teachings has tended to focus exclusively on his Hebrew or English works rather than his Yiddish writings, but the present essay traces Soloveitchik’s style and exploring the nuances of intellectual legacy through the lens of an important Yiddish homily, a little-studied but critical essay called “Yokhed ve-tsiber” (“The Individual and the Collective”), an undated work was first delivered as a droshe (sermon) on his father’s yortsayt.

“The Great Call of the Hour”: Hillel Zeitlin’s Yiddish Writings on Yavneh 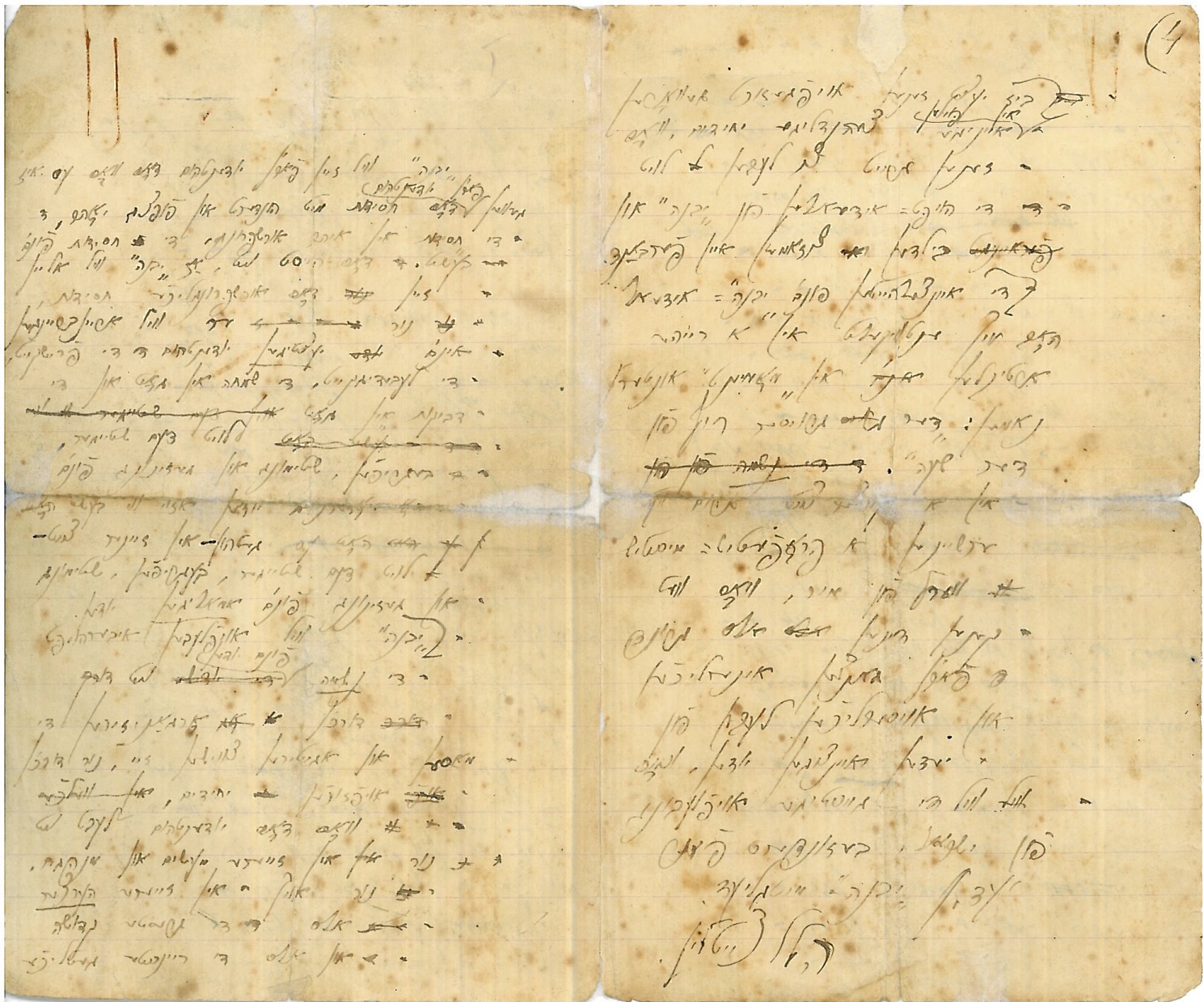 An introduction to the writings by Hillel Zeitlin on the intentional, neo-Hasidic community he tried to create in Warsaw in the 1920s.