Yiddish literature of the early modern period is often referred to as women’s literature, but known women authors and editors are few and far between. Best known are Rivke bas Meyer Tiktiner, author of the moral homiletic Meynekes Rivke (Meineket Rivkah, Rebekah’s Nurse, 1609) and a Yiddish Simkhes-toyre lid (Song for Simhat Torah); Glikl bas Yehude Leyb, whose memoirs have come down to us; and Sore bas Toyvim, who composed at least three eighteenth-century Yiddish tkhines (supplicatory prayers).

The writings of Glikl, an accomplished storyteller and merchant, which provide insights in the spiritual, family, commercial, and literary life of a Jewish woman living in Germany in the seventeenth and early eighteenth centuries, were first published by David Kauffmann in 1896. They have since been translated into a number of languages – mostly heavily redacted. Recently, they have become available in a complete English translation, respecting the order of the Yiddish original, by Sara Friedman as part of an edition by Chava Turniansky, who previously published a scholarly edition of the Yiddish text with an extensive introduction, copious footnotes, and a Hebrew translation (Jerusalem 2006).

Before evaluating the importance of this new translation it is worth lingering on the contents of this rich text. After the death of her husband Leyb in 1689, Glikl starts to write down her views on religion and piety, her and her husband’s family histories, experiences from her own life, and stories that illustrate moral principles she wants her children to know and live by. In seven chapters she calls “books,” Glikl writes down for her children whatever she thinks might be of interest and moral profit for them.

The first chapter is dedicated to Glikl’s pious world view. With many examples – some of them exciting stories – she explains that this life is only the portal to the world to come, that people are sinners and have to strive to deserve a good afterlife. After readers have become acquainted with the beliefs of a pious Ashkenazi woman in the early modern period, they will encounter an author who doesn’t try to portray herself as someone who has lived her life perfectly adhering to her moral principles. She tells about moments of joy, fear, reassurance, despair, happiness, anger, forgiveness, despondency, and faith and how she reminds herself repeatedly of her moral principles and her belief in the world to come.

Like all authors of ego documents, Glikl makes choices on how to present herself to her readership, her children and their children. Although she is aware of this process, she is often surprisingly honest. She starts writing in 1691 at the age of 44 to deal with feelings of despair after the death of her husband of thirty years. Both were born into the commercial elite of Ashkenazi Jewry. As was the custom, the families found socially, religiously, and financially fitting partners for their children. Glikl was betrothed when she was not even twelve years old and married two years later. Her husband, whose age is not known, was also very young, but in their time, they were considered adults of marriageable age. Having lived with her in-laws during the first year of their marriage, the young couple move to Glikl’s native Hamburg, where they spend two years with her parents before setting up their own household.

Glikl writes for her children and only writes about people and events that she thinks may be of interest to them, such as their ancestors and other relatives, as well as anecdotes from her private life. These include her being pregnant with her first child at the same time as her mother is expecting, while living in her parental home. Fortunately, Glikl gives birth before her mother does, so that the latter can take care of her around the time she has her eldest daughter. The simultaneous pregnancies and mother and daughter nursing infants in the same room leads, for example, to a mix-up in which both women get up in the dark to attend to a crying child, which causes some merriment. Glikl also writes of her deep grief, despair, and even bitterness after losing a daughter and later her husband.

A large part of the memoirs is dedicated to the business dealings of Leyb and Glikl. The couple worked together and although there was no equality between man and wife, they have a genuine partnership despite occasional friction when one of their deals goes badly, sometimes catastrophically so. The trade in pearls, gemstones, silver, and gold could be very profitable, but unreliable business partners and wars provided great risks. The couple avoids bankruptcy time and again and to Glikl’s great relief, the reputation of the family is saved.

The reputation and financial status of the family are of the utmost importance because it will allow Leyb and Glikl’s children to make suitable matches that will secure their wellbeing and status in adult life. When Glikl starts writing her memoirs she is despondent not only because she is bereft of her partner, but also because as a widow she still has to find good matches for her unmarried children.

This translation of Glikl’s memoirs reads as well as the original. It is based on the Yiddish text, has benefited from Chava Turniansky’s own well-researched translation into modern Hebrew, and can be read along Turniansky’s scholarly edition (Jerusalem 2006). It is preceded by an excellent expert introduction by Turniansky and annotated throughout with succinct footnotes that help illuminate the text and its context.

The attraction of Glikl’s memoirs lies in not only their being a historical document or the fact that this is among the rare extant Yiddish texts from the early modern period written by Jewish women. Glikl loves stories and anecdotes and is a good storyteller herself. Her love of stories is demonstrated by the numerous ones she copies or retells in her own words, but also by the anecdotes she tells from her own experience. The stories she copies or recounts reflect her knowledge of narratives circulating in the vernacular Ashkenazi culture of her time. Her own stories and anecdotes demonstrate her skill as a narrator. She is a good observer and can convey events in a lively manner. This brings her marriage, her family life, and her experiences in trade to life. Husband and wife discuss business deals, have to overcome differences, and have fun together. We even get glimpses of the way they tease each other. During a short boat trip, Leyb, who is a more experienced traveler, arranges for the couple to have a hut so they can lie down and not get seasick. Glikl, however, after getting up to fetch her infant son to nurse him, becomes seasick. Convinced she is at death’s door, she recites the confession of the dying, while her husband makes light of the situation. She is angry with him until they set foot on land and she realizes that her symptoms were due only to seasickness. Later in life, Glikl marries again under social pressure. Her second marriage is unlike the first, and after financial ruin Glikl finds herself a widow for the second time and in a situation she had tried to avoid her whole life: dependency.

The first edition and the earlier translations have made Glikl’s memoirs into a popular source for the study of early modern Ashkenazic life and culture; the extensive bibliography included in this edition is evidence of this continued importance. Glikl’s language has been studied for the insight it provides into Western, especially Northwestern, Yiddish; the continuum between different dialects in which Glikl, her husband, and their families communicated; and Glikl’s education. Historians have noted the importance of the memoirs as a source for the economic history of women and the nature of widowhood in the early modern period. The memoirs have been studied as autobiographical narrative – and Jewish autobiography specifically – and how they serve as an example of the cultural horizon of Ashkenazi women in the late seventeenth and early eighteenth centuries. Scholars of Yiddish literature have paid special interest to the stories they contain.

The riches of the memoirs are illustrated by the fact that 125 years after their first publication, they continue to be mined to research topics such as transcultural and human-animal relations, mobility, and privacy. This new edition is not only an enjoyable and interesting read; it gives researchers who cannot access the Yiddish text – or not without the help of an English translation – an impetus and tool for exploring this extraordinarily rich material.

The intimate personal history of Glikl has recently been complemented by a volume of Yiddish Letters From the Seventeenth-Century World of Glikl Hamel, edited by Arthur Arnheim and Chava Turniansky. This is a fortunate co-operation of an expert in Scandinavian Jewish history and a leading scholar of older Yiddish literature. The letters, two small collections found in Scandinavian archives, have been edited and presented as facsimiles and are preceded by an introduction and English summaries.

Glikl writes for her children and children’s children and thus for an audience not intimately acquainted with the situations she describes, so she provides enough context for her intended audience to understand her memoirs. In contrast, letters are part of a developing communication and don’t offer any supplemental information; the correspondents in Northern Germany and Scandinavia would have already been familiar with the implied circumstances of a given letter, so details remain obscure in these incomplete exchanges. Nevertheless, the letters offer interesting insights into family relations, business deals, and existential threats which were part of the precarious lives of Ashkenazi Jews in the seventeenth century. For example, we can read the hopeful words of Jews referring to the latest news about Shabbatai Zvi and his prophet Nathan (of Gaza) and witness their hopes for an end to life in the diaspora with an immediacy few other sources provide. These are not historical reflections but lived accounts of dynamic events. Still, the fragmentary nature of these documents make them necessarily less accessible than Glikl’s entertaining memoir. Whereas the new English edition of Glikl’s memoirs is a book for both scholars and a general audience, this edition of letters addresses mainly a scholarly audience and is awaiting inclusion in the study of a range of topics. Together these two new publications offer rich and engaging material for the further exploration of Jewish life in early modern Europe. 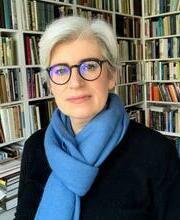 Marion Aptroot received an MA in Romance Languages from Leiden University and a DPhil in Yiddish Studies from the University of Oxford. She is professor of Yiddish Culture, Language and Literature at Heinrich Heine University Düsseldorf. 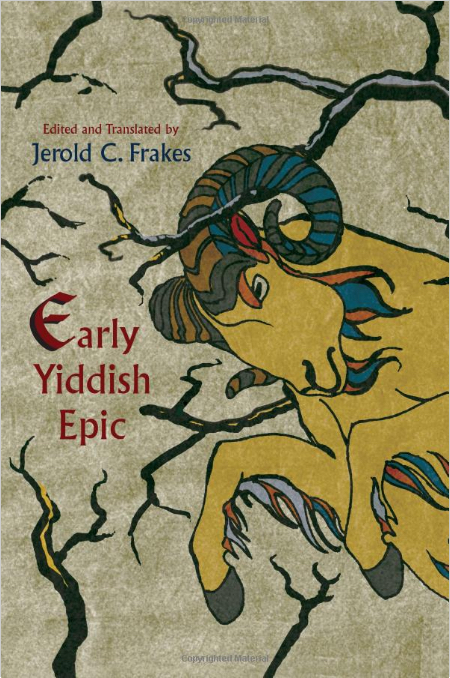 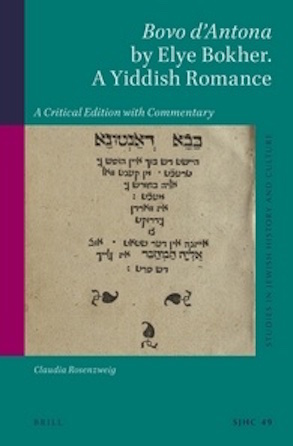 A review of Claudia Rosenzweig’s new critical edition of the bove-bukh.