לויט די לערערס | Teachers Weigh In: The Place of the Khurbn in Yiddish Language Classes

לויט די לערערס | Teachers Weigh In: The Place of the Khurbn in Yiddish Language Classes

In an effort to pool the wis­dom and expe­ri­ence acquired by our con­trib­u­tors’ work in the class­room, In geveb reg­u­lar­ly polls Yid­dish instruc­tors on top­ics relat­ed to Yid­dish ped­a­gogy. In our Loyt Di Lerers series, we com­pile ideas and best prac­tices for teach­ers who teach Yid­dish, teach about Yid­dish, and teach with texts from Yid­dish sources. The respons­es to these polls offer a cross-sec­tion of the opin­ions, approach­es, and expe­ri­ences of Yid­dish instruc­tors from Los Ange­les to Tel Aviv, from children’s pro­grams to uni­ver­si­ty class­es to con­tin­u­ing edu­ca­tion cours­es, from new teach­ers to those with a life­time of experience.

This past sum­mer, YIVO orga­nized a teach­ers’ sem­i­nar, led by Miri­am Trinh and Eliez­er Nibors­ki and ded­i­cat­ed to dis­cussing issues of Yid­dish lan­guage ped­a­gogy. While every day of the sem­i­nar pro­vid­ed extreme­ly rich food for thought — rang­ing from ​“How and when do we teach our stu­dents to use dic­tio­nar­ies and which dic­tio­nar­ies?“ to ​“How can we instruct our stu­dents in cor­rect Yid­dish hand­writ­ing?” — it was in par­tic­u­lar the ques­tion of ​“How and when do we teach khurbn mate­ri­als in our lan­guage class­es?” that struck a nerve among participants.

There­fore, fol­low­ing the sem­i­nar, we posed the same ques­tion to all In geveb readers.The respon­dents to this poll teach Yid­dish to adults of all ages in a vari­ety of set­tings: at col­leges and uni­ver­si­ties, com­mu­ni­ty insti­tu­tions, and syn­a­gogues (all in Anglo­phone set­tings). Most of their stu­dents are Jew­ish and some of them may have heard Yid­dish grow­ing up or may be chil­dren and grand­chil­dren of Holo­caust sur­vivors. With their per­mis­sion, we have assem­bled their respons­es below.

Including the khurbn in a Yiddish curriculum

Although it might come as a surprise to some readers, overall, the khurbn does not feature very prominently (“it tends to come up obliquely”) in the respondents’ Yiddish language classes. This is the case for several reasons: time constraints, balancing teaching the khurbn—which is prominent in many other settings—with all other topics, and the desire to avoid that students “see Yiddish civilization primarily through its destruction.” The latter reason echoed strongly across most responses, where one respondent noted that “the challenge is that [the khurbn] could decenter and also make lachrymose the vibrant world of Yiddish culture that existed prior,” while another said “it makes sense to hold off on a fuller confrontation with the Holocaust until [students] have a more mature grip on the language and some appreciation of its other riches.” Consequently, a third teacher explained: “When I do cover materials that were produced during or about the khurbn I tend to focus on resistance, humour, etc. to create a different idea about the past—e.g. songs from Yiddish Glory or tales of the underground,” particularly because this teacher recalls reading several khurbn poems in their own first Yiddish course that were “upsetting for other students.” It is not surprising, then, that no respondent has created a separate “khurbn unit” for their classes. The opportunity to consider what a “khurbn unit” might look like seems ripe for exploration, especially in a Yiddish classroom where both teachers and students are increasingly historically removed from the Holocaust, and particularly in a more advanced Yiddish class where the pitfall of presenting Jewish Eastern Europe as just one point along the long lachrymose history of Jewry is less present. Another open question is how the pushback among some young Jews against centering the Holocaust in the construction of contemporary Jewish identity might affect our teaching of the khurbn in decades to come.

While entire khurbn units in language classes are not a popular choice, some teachers do opt for individual sessions on the topic. Meyer Weinshel explains: “I find that devoting specific sessions to the topic helps. At the same time, I make sure students are cognizant of these topics throughout the time they spend learning a language.” To create her khurbn sessions, Perl Teitelbaum combines commemoration and teaching on Tisha b’Av or on April 19th. She explains: “I integrate the Jewish calendar into my Yiddish language classes, and use the holidays and commemorative occasions as an opportunity to teach both language and culture. In April, we mark the anniversary of the Warsaw Ghetto Uprising and honor the memory of the 6,000,000 Jews murdered in the Holocaust. Whether I am teaching a first semester beginners class or another level, I always include a reading text, a PowerPoint presentation, or a song to mark the occasion.” Similarly, one respondent explains that they sang Beyze vintn and Partizaner lid in the aftermath of the Pittsburgh attack, although without discussing the khurbn much.

Other teachers place their khurbn session toward the end of their course (Yom HaShoah sometimes falls towards the end of spring semesters), or only during the second semester so that students “feel that Yiddish is more than just Holocaust studies—so much of our identity as Jews in golus is already based on the khurbn.”

Materials for teaching the khurbn

Respondents incorporate a variety of materials into their khurbn curriculum: songs, poetry, a calendar from a concentration camp, yizkor books, and oral history excerpts. Among all respondents, song was the genre listed most often, with poetry a close second. For instance, Sheva Zucker’s textbook includes Aaron Zeitlin’s “Children of Majdanek” as a supplemental text. Meyer Weinshel teaches Kadya Molodowsky’s “El Khanun,” Avrom Sutzkever’s “Blayerne platn fun roms drukeray,” and Malka Heifetz-Tussman’s “Tsu dir, Miryem.” Weinshel relates that “some were deeply moved by Molodowsky and Sutzkever, and others were less so. I am not sure how else to articulate this, but it seems to coincide with the lack of Jewish literacy in general, and nuanced discourse regarding Yiddish that many Jews are subjected to throughout their lives, and which has been happening for generations.” Non-fiction and multi-media materials appear to be less commonly taught even though oral history excerpts are often incorporated into other class sessions, such as those on daily life or religious holidays, or to showcase particular types of speech or vocabulary. One respondent explained that they teach Holocaust films in a culture class on Yiddish film rather than in a language class. A third respondent mentioned incorporating snippets of Image Before My Eyes into their class. Perl Teitelbaum noted that while she does not use oral history videos, she does use topical videos from the Forverts or Yiddish Book Center.

Linguistic elements of teaching the khurbn

Our respondents only teach a relatively limited amount of khurbn-specific vocabulary, such as the following words (which include a fair number of loshn-koydesh words): khurbn, lager, sheyres-hapleyte, kedoyshim, korbones, hazkore, umkumen, lebn-geblibene, partizaner. The word khurbn in itself presents a linguistic teaching opportunity in that it differs from the more familiar Holocaust or Shoah and in that the assimilation of the beys-nun ending to -bm (khurbm) can be practiced. One respondent explained that they “don’t feel the need to spend class time going over lists of things like different types of weapons or ways to kill people.” Family members and geography might also be particularly relevant vocabulary, especially if students would like to discuss their personal and family histories.

Our respondents draw connections between the primary sources they present in the context of khurbn sessions and certain grammatical concepts and vocabulary in several ways: A handwritten concentration camp calendar can be connected to time-related language and grammar; a discussion of the poem Mayn shvester Khaye can highlight possessive verbs, colors, and family names; a discussion of the poem “Children of Majdanek” can highlight the function of the diminutives and the structure of a lullaby. Perl Teitelbaum created a PowerPoint presentation about the Riverside Park commemoration to accompany her session on the Warsaw Ghetto Uprising and made it a point to include many complemented verbs.

Overall, our respondents do not spend too much time teaching more general Holocaust history as background information but may alert their students to relevant lectures, screenings etc. Instead, these language teachers opt for teaching history as it emerges from the Yiddish content they teach. One teacher responded that they are “aware that [these materials are] different in Yiddish, the language of much of Jewish experience of these events” and would hope to incorporate this knowledge into a more general Holocaust Studies class. Meyer Weinshel explains that he provides “a brief lecture/powerpoint on forms of resistance, and include[s] these events [and] groups in trying to convey what was at stake [and] what/who survived thanks to their efforts.” He also relates how discussing family histories in his Yiddish class led to a discussion “about the role of multiple languages/translation for Holocaust memory” and curiosity about other source materials. In my own teaching I have noticed that even students who attended Jewish secondary schools often lack sufficient contextual knowledge to dive into Yiddish source texts right away. For instance, the Warsaw Ghetto Uprising (and the Bund’s role therein), the Oyneg Shabes archive, the presence of Jews in the Red Army that liberated many camps, Jews fleeing deep into the Soviet Union’s Eastern provinces, and much more cannot be assumed as existing background knowledge on Holocaust history. Personally, I’d be keen to see more exploration among Yiddish educators of what corrective our Yiddish classes might be able to offer to more mainstream and monolingual versions of Holocaust education. Moreover, none of the respondents to this poll work in Europe or Israel; I would be eager to engage with reflections on this topic from colleagues working in these places, where the khurbn and Holocaust memory operate differently in both Jewish and non-Jewish communities. 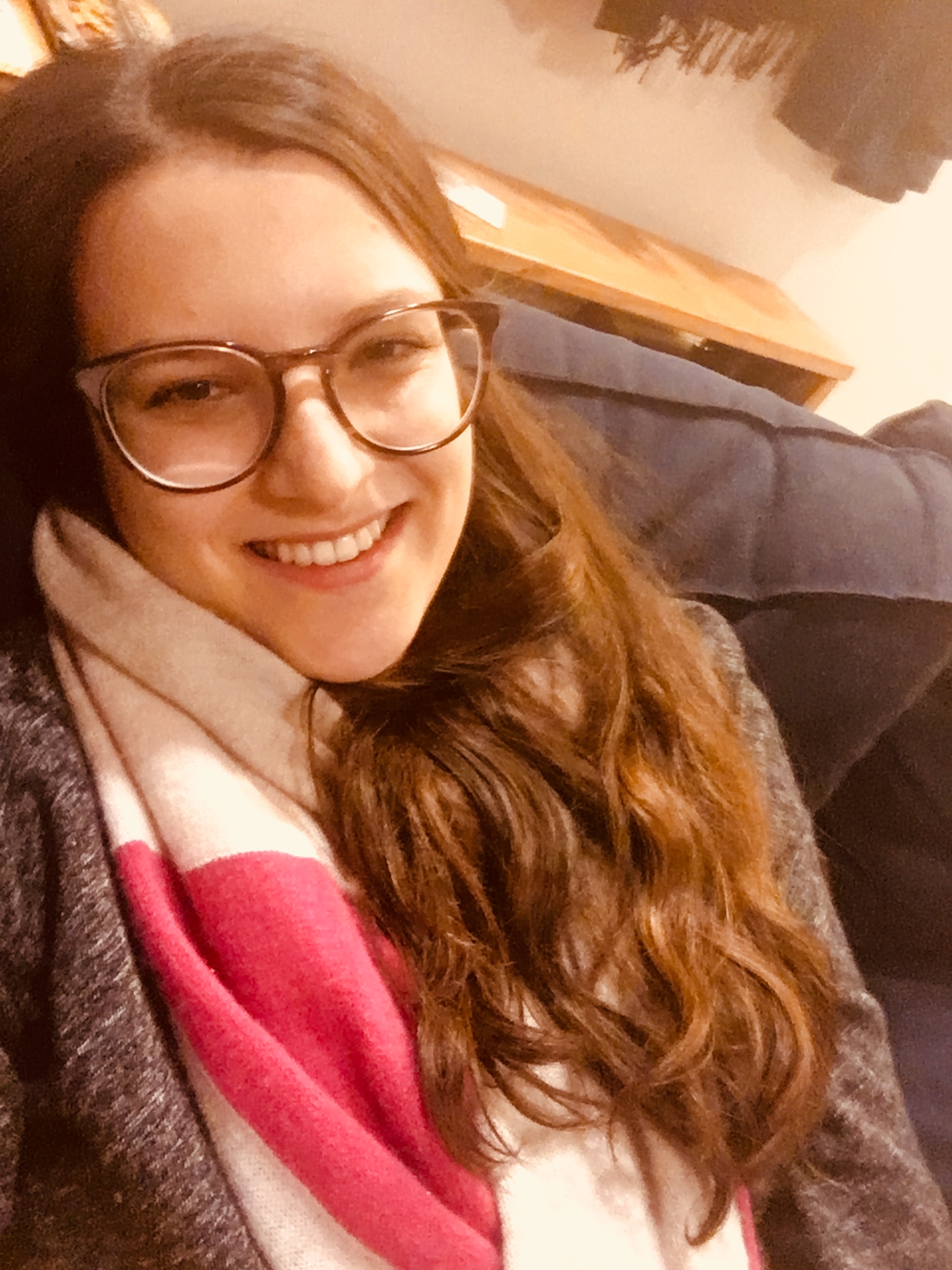 Sandra Chiritescu is a PhD Candidate in Yiddish Studies at Columbia University.

The second installment of our pedagogy forum, presenting the opinions and experiences of Yiddish language teachers on the question of using the textbook College Yiddish. 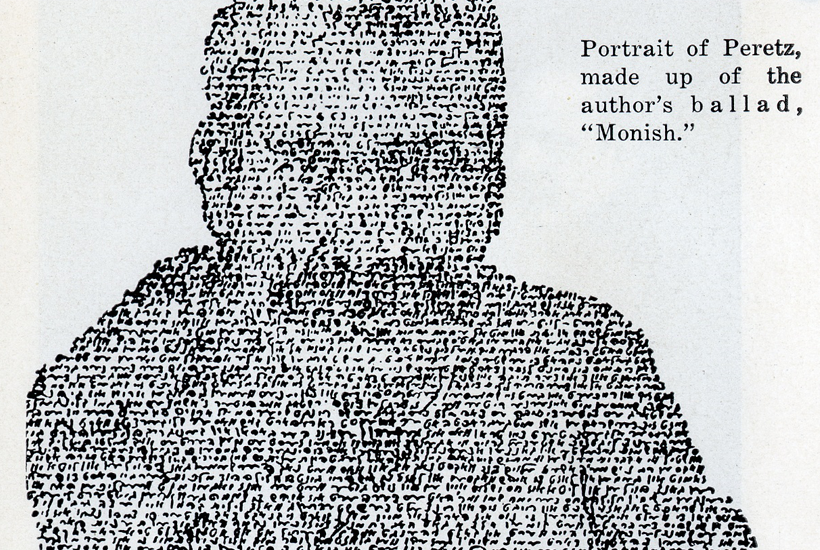