“What a ‘Medina’ is Amerikay”: Postvernacular Yiddish in Nineteenth-Century America

“What a ‘Medina’ is Amerikay”: Postvernacular Yiddish in Nineteenth-Century America

In 1844, Isaac Leeser, founder of the American Jewish press, complained about American Jewry, “We know of no means at present to speak to all our people by the same organ, owing to the want of a uniform language.” 1 1 “The Demands of the Times,” Occident 2, 1844-5, 410. Leeser’s era of American Jewish history is commonly known as the “German period,” and indeed most of the Jewish migrants he addressed came from German-speaking lands. And yet, his comment points to an underlying and under-recognized linguistic diversity among American Jews early in their history, a diversity that included —perhaps surprisingly—Yiddish. 2 2 Yiddish-speaking Jews didn’t immigrate to the United States en masse until the mid to late nineteenth century. In the United States, there were none of the government-enforced language policies found in Europe, which had led to German ascendance over Yiddish in many central European Jewish communities. At the same time, there were few proliferating local dialects in America, as Rabbi Isaac Mayer Wise pointed out: “[W]e are in one country, where twenty-four million people speak one language and one idiom.” 3 3 “Contemporary Problems, 1855,” AJA 24 (1972): 94. English—vigorously promoted by Leeser and Wise—and German—the mother-tongue of most migrants—were the languages of American Jewish institutions and newspapers, and therefore the primary combatants in the Jewish linguistic debates of the day.

And yet, nineteenth-century Jewish immigrants—especially those who arrived after the Civil War—were a diverse lot, including Yiddish speakers from Russia and the Prussian province of Posen. Odd Yiddish letters and documents from the era—many of them transcribed and/or translated—appear in scattered archives, including the American Jewish Archives, the American Jewish Historical Society, the Magnes Collection at the Bancroft Library, and the Isaac Leeser digital repository, which includes 131 entries related to “Yiddish.” 4 4 Box 1, Folder 1, MS-370, Temple Covenant of Peace Records (Easton, PA), AJA. In addition to these vernacular materials, I have also found occasional uses of Yiddish within public Jewish culture. American Jews writing in English nevertheless turned to Yiddish in order to name and adjudicate the unnerving effects of religious voluntarism and American capitalism.

Unlike many places in central and eastern Europe, in the United States there were no official, government-supported Jewish institutions, let alone religious authorities or identities. In order to fill this void, Jewish migrants created a range of voluntary societies, including synagogues and charities, which were constantly plagued by uncertainty. How should worship services be held? Who was a worthy recipient of charity? And who was a qualified religious leader? Ordinary Jews had to answer these questions of religious practice and identity on their own, and in so doing, they sometimes turned to Yiddish. This can be interpreted as an early version of postvernacular Yiddish. According to theorist Jeffrey Shandler, postvernacularity is a use of language where “every utterance is enveloped in a performative aura, freighted with significance as a speech act quite apart from the meaning of whatever words are spoken.” 5 5 Jeffrey Shandler, “Postvernacular Yiddish: Language As a Performance Art,” TDR/The Drama Review 48, no. 1 (March 1, 2004): 19–43, doi:10.1162/105420404772990655. In this early period too, Yiddish was occasionally preserved within English-language writing to dramatic effect, although the specific words did matter.

In 1871, Isaac Mayer Wise’s Israelite published a fascinating poem entitled “Samuel’s Lament,” by one “A. O’Kay.” The sixteen-stanza poem describes an elderly Jewish couple—Bloomeh and Shmoo-el—who move from “Deutschland” to the United States to join their children. Rather than finding joy in the material comforts of America, however, they complain about the poor quality of Jewish life and decide to return to Europe. This compelling poem, a pastiche of Jewish and American forms, uses humor while evoking the genre of the lament. It also attributes authorship to multiple sources: the poet, whose pseudonym is an American idiom; Samuel, the lamenter and possibly the biblical character; and Bloomeh and Shmoo-el, the storytellers within the poem. 6 6 The Lament may have been a genre of this era. “Lament of a Jewess in the West on Saturday,” Israelite, March 14, 1856, p 293.

Most interesting, however, is the poem’s deployment of Yiddish. While six of the stanzas are entirely in English, the remainder are littered with rhyming Yiddishisms spoken mostly by Bloomeh and Shmoo-el. For instance,

In their ‘Shools’ [synagogues] they’ve got ‘Shickses’ [non-Jewish women] and Music
But out of the ‘Tourah’ [Torah] they don’t ‘Lyen’ a ‘poosic’ [read a line].
They sit without hats, say but a few words of ‘Yiddish,’
And when they come home, don’t even make ‘Kiddish’ [the prayer over wine]

Each stanza is followed by a refrain of “‘Oh weh,’/Says Bloomeh-leh/What a ‘Medina’ [country] is Amerikay.” The Yiddish words are transliterated and presented with quotations, indicating a foreign language, but they are not translated 7 7 It would take a greater Yiddishist than me to excavate and locate the accent based on the transliterations. [Do any In geveb readers accept the challenge? —Ed.] . Presumably the author and publisher assumed that Jewish readers would understand them, but it seems that the Yiddish was also symbolic, highlighting the traditionalism and foreignness of the characters. Indeed, in the second to last stanza, before Bloomeh and Shmoo-el return to Europe, their son speaks to them in English, confirming that he has been “imbibed with views progressive” and distinguishing between “our God” and “your way.” This is interesting given that the poem was “Written for the Israelite,” whose editor was the foremost proponent of the very Reform Judaism it skewers. 8 8The Israelite, July 27, 1871, 4. Maybe Bloomeh and Shmoo-el are figures of tragedy, then, but it’s also possible that they are figures of mockery, backwards Europeans—parallel to the Ostjuden denigrated in German lands—who could not hack it in America. Either way, the poem uses Yiddish to reflect on the deep divides and rapid transformations within American Jewish practice.

If Yiddish was used in poetry to reflect on the quality of American Jewish religion, it was also used in correspondence to express anxieties about American economic life. In August of 1870, a notice appeared in the Israelite warning against a man calling himself Jacob Landauer, who, it was reported, “maintains to be one of those who lost their property by fire. He represents himself as a teacher, but is an imposter and common Schnorrer.” 9 9The Israelite, August 12, 1870. While “A. O’Kay” used a range of Yiddish words, American Jews seem to have been particularly fond of the term shnorer, meaning a beggar, or a person who takes advantage of others. L. Honigsberger of San Francisco wrote to Rabbi Solomon Sonneschein in the early 1870s to complain of “‘a snorer by profession’ [who] belongs to that class of drones who deserve no benevolent attention whatever.” 10 10 X-132, Solomon H. Sonneschein Papers, AJA. See also “Omaha, Neb.,” American Israelite, December 22, 1876, 6. And in 1876 Max Lilienthal noted that in San Francisco, “several leading members of these charitable associations complained that we of Cincinnati, Chicago and St. Louis are sending all the ‘schnorrers’ out to San Francisco.” 11 11 “Our Brethren in the West and San Francisco,” Israelite, June 16, 1876, 5. Amidst widespread mobility and uncertain identities, distinguishing between the truly needy and the shnorers was no easy task, and neither was defining what constituted each category. The term shnorer, however, gave the impression of clear categorization and further denigrated the unworthy poor by describing them in a foreign language.

The term shnorer was extended, at least once, to another uncomfortable financial relationship. In 1873 a hazan wrote to the Israelite about his trip to Montgomery, Alabama, where he had given several lectures and enjoyed the hospitality of the local Jewish community. He wrote, “I must confess, that I was treated perhaps better than any other visitor previous to me in the same capacity as ‘Shnorrer.’” 12 12 Montgomery, Israelite, February 28, 1873, 6. This use of the term was self-deprecating, but it also reflected the economic insecurities of America, where hazanim were salaried employees. Charitable recipients and religious leaders were very different on paper, but in the United States both were strangers who required direct payment. The United States made more people into economically insecure potential shnorers, and yet the victims of this new capitalist system continued to seem un-American, and thus worthy of Yiddish nomenclature. Despite the undeniable dominance of English and German in American Jewish culture prior to the mass migrations of the 1880s, American Jews of the 1870s did occasionally turn to Yiddish. It was not an extensive, sustained tradition, but neither was it for effect alone. Rather, certain elements of Yiddish vocabulary became means of identifying and reflecting on the disjunctures of American life. The story of public Yiddish writing in the United States did not begin with the bang of post-1881 mass migration, the Daily Forward, or immigrant novels. Rather, it began with the whimper of old words that seemed both impossible and necessary in a new world. 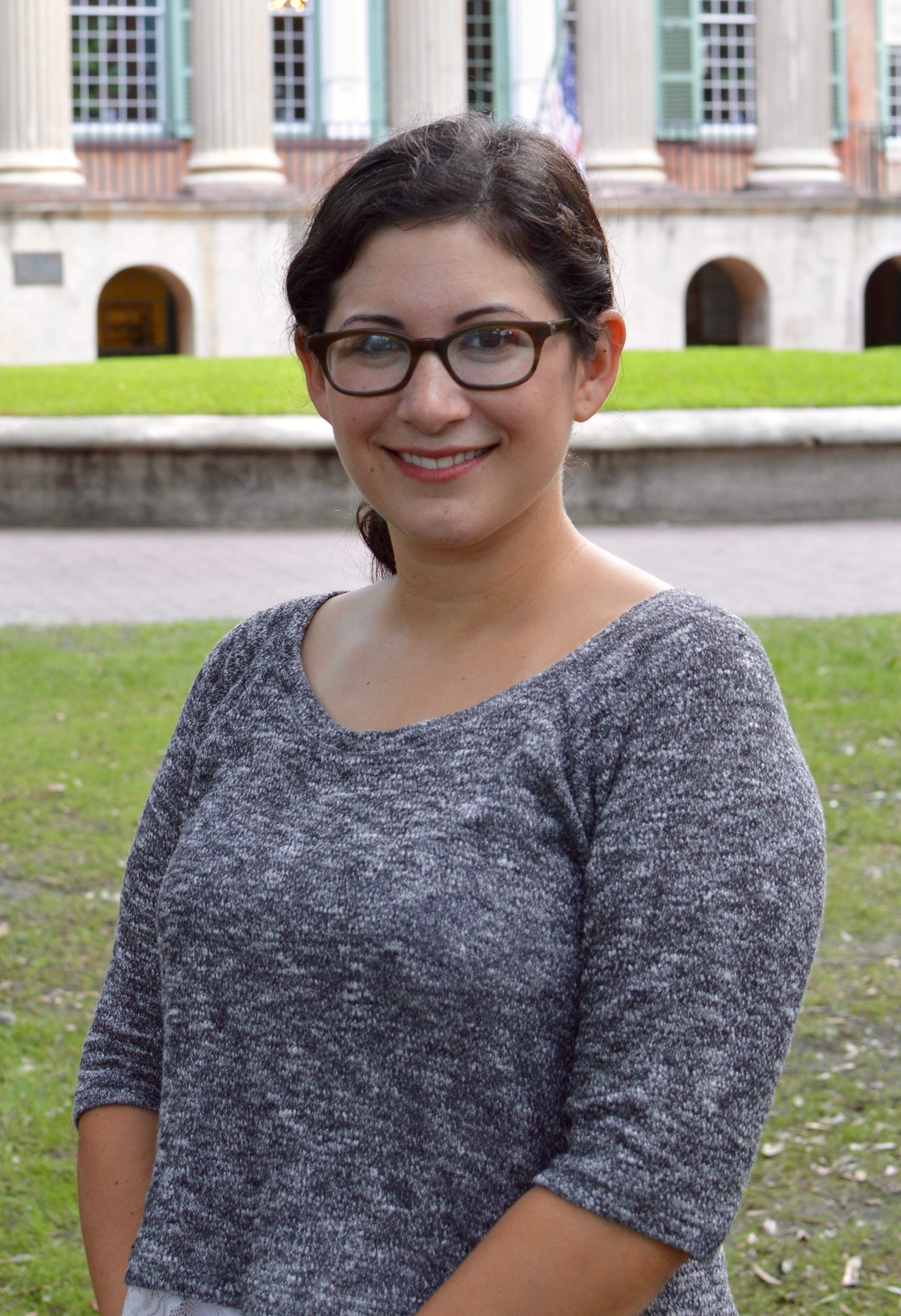 Shari Rabin is an assistant professor of Jewish Studies and acting director of the Pearlstine/Lipov Center for Southern Jewish Culture at the College of Charleston. She received her PhD in Religious Studies from Yale University in 2015.

"Are We Normal?": Mail from Isaac Bashevis Singer's Fans 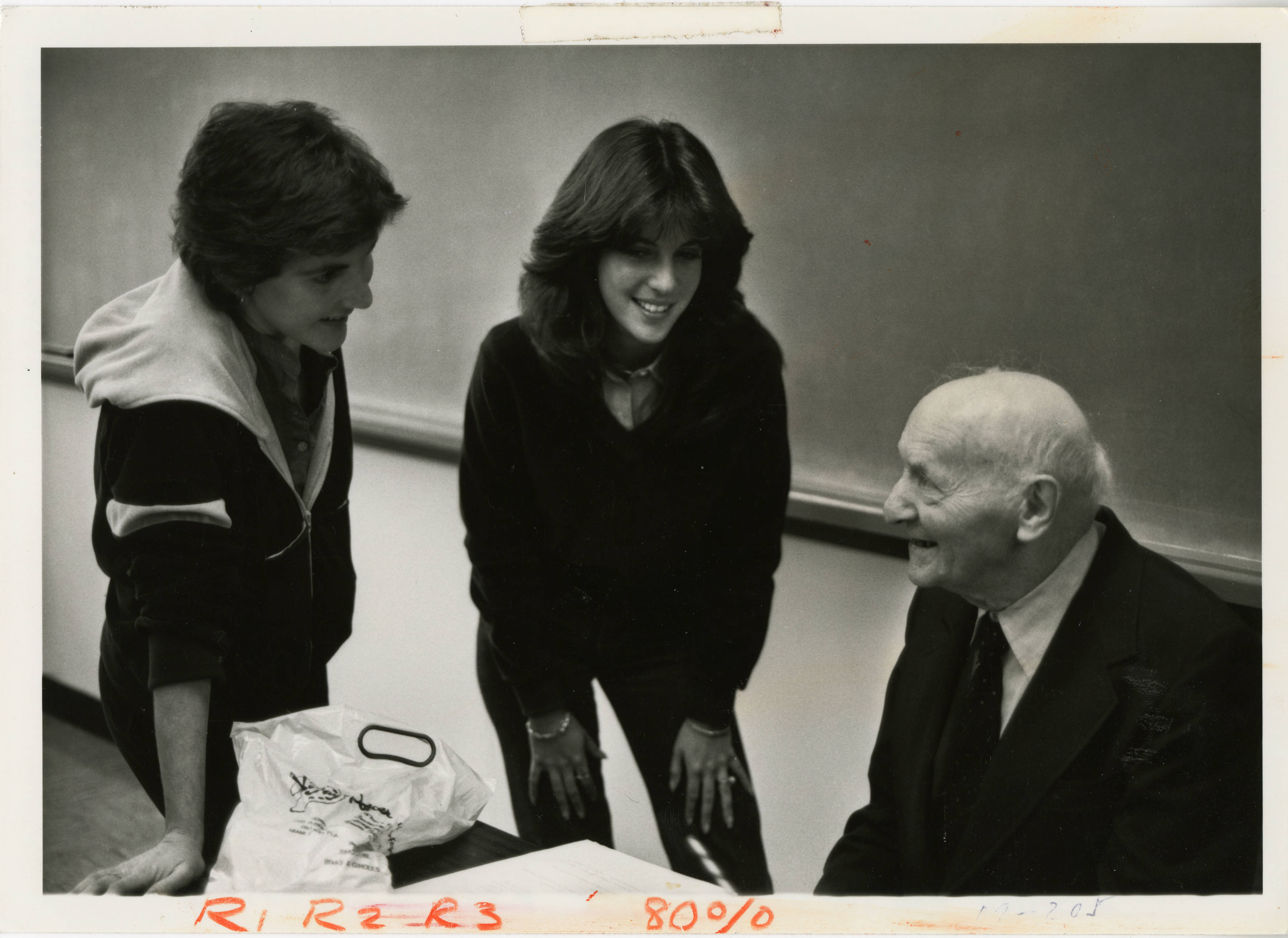 A librarian discovers that Isaac Bashevis Singer’s fans wrote letters as compelling as the novels they loved. 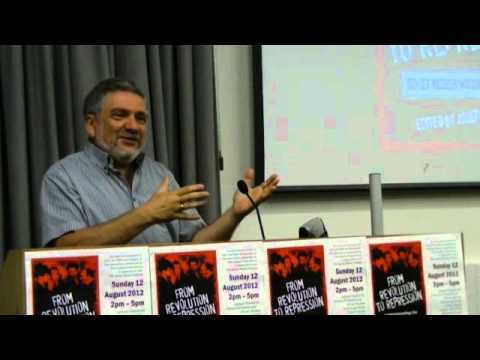 Gennady Estraikh speaks with Managing Editor Sarah Ellen Zarrow about the groundbreaking project “A Comprehensive History of the Jews of the Soviet Union,” a seven-year initiative led by researchers in NYU’s Skirball Department of Hebrew and Judaic Studies.