The beginning of modern Yiddish scholarship, the veritable birth of Yiddish Studies, is said to have taken place with the publication of Der pinkes (The Record Book) in 1913, a short-lived publication edited by the literary critic Shmuel Niger.

It included the seminal essay by Ber Borochov ‘‘Di oyfgabn fun der yidishe filologye” (The Tasks of Yiddish Philology). 1 1 Full disclosure: the author of this listicle has a deep fondness for Borochov, perhaps because the two bear a striking resemblance... Indeed the tasks were many, as Yiddishists attempted to vociferously counter the claim (by Zionists and assimilationists alike) that Yiddish was merely a dialect, a zhargon, and not much of a language at all.

“Yiddish philology,” as Borochov called it, was very young and appeared, in Borochov’s estimation, to be very much behind the achievements of European national sciences. Borochov and his colleagues determined that many projects were urgently needed: a proper dictionary of the Yiddish language, a study and standardization of Yiddish grammar, a normalization of Yiddish orthography, and much much more. Over the next decades and beyond, many of these tasks were undertaken—organized and funded by new institutions and komitetn (committees) or bravely attempted by ambitious (and sleepless) individuals.

But with constant upheaval (and then disaster) in Eastern Europe and rapid cultural, linguistic, and demographic change in the U.S. and elsewhere, many of these projects did not last very long. For instance, Der pinkes had only one issue and then was upended by WWI.

Here are three more—among the many—unfinished tasks of Yiddish philology and brief summaries of the stories behind them. Can we hope that someone will come and see them to their conclusion?

The great unabridged dictionary can be said to have begun as the modest idea of Nahum Stutshkov, the Yiddish lexicographer, playwright, and radio personality. He had assembled his Oytser fun der yidisher shprakh (Treasury of the Yiddish Language), a Yiddish thesaurus, and he thought, why not give definitions to these 90,000 words and then we’ll have, finally, a Yiddish-Yiddish dictionary!

Though scholars around the world had certainly dreamed of creating such a dictionary (in YIVO and in the Soviet Union in particular), nothing had gotten off the ground. With help from YIVO linguists and philologists, the project soon was under way—with a certain urgency now in the wake of the Holocaust. Committees were formed, ideologies instituted, and utopias imagined.

But instead of a manageable dictionary project, the committee decided to create an unabridged dictionary that would study and collect every single word in the Yiddish language, each entry including several definitions, all accompanied by several examples from Yiddish literature. Egos and personalities clashed, Stutshkov eventually gave up on the project, the money began to run out, the scholars themselves passed away… The result was the publication of four enormous volumes—of only the first letter of the alphabet, aleph.

The four volumes have been digitized and are even searchable.

Watch Leyzer Burko talk more about the project (in Yiddish):


A fifth volume was completed but remains in proofs in the YIVO archives.

The department of Yiddish literature of the Hebrew University, headed by Chone Shmeruk (1921–1997), long had the plan to publish critical editions of Mendele’s and Sholem Aleichem’s complete works. One volume—Sholem Aleichem’s Motl Peyse dem khazns—was published in 1997: the edition standardized spellings (according to YIVO orthography of course) and includes an introduction and a rigorous investigation of the manuscript history of the book.

Plans were made to do the same for all the other works by the authors, including unpublished material and letters. Much of this material has already been prepared and double-checked and sits now in the archives of Israel’s national library. In fact, you can find there the notes of many of today’s senior Yiddish scholars—as graduate students—answering the demands of their dissertation advisors. From time to time, some work is done on the project. The writer of this list was in fact enlisted to type up of some of Sholem Aleichem’s short stories as part of his own scholarly apprenticeship…

Mordkhe Schaechter, a leading Yiddish linguist (1927–2007), worked tirelessly for much of his life on the idea that a Yiddish dictionary for the future was urgently needed. This would include updating the Yiddish language to today’s needs, words for all kinds of technology and new intellectual and cultural trends.

It appears that this dictionary will indeed be published shortly by Yidish-lige (League for Yiddish). However a good portion of Schaechter’s creative work remains unfinished or warehoused in archives: a dictionary of daytshmerizmen, a list of the German words inappropriately used in Yiddish beside the editor’s firm suggestions of more appropriate Yiddish substitutes; a lexicon for love and sex in Yiddish; and much more. His kartotek has more than a million entries, some of them rare words in various Yiddish dialects, but many of them words of his own invention. 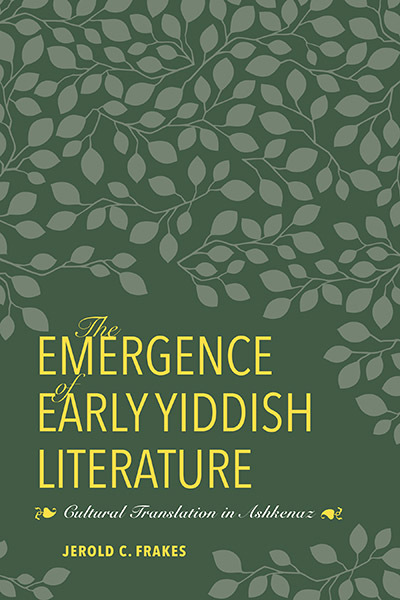 When Memory Speaks, How Should We Listen? 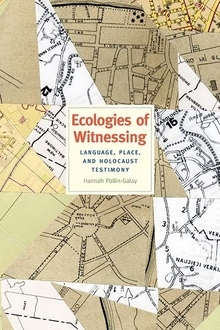