A Meeting Place for Two Worlds: An Interview with Piotr Nazaruk and Lublin’s Grodzka Gate Center

A Meeting Place for Two Worlds: An Interview with Piotr Nazaruk and Lublin’s Grodzka Gate Center

Before 1939, Lublin was a mul­ti­lin­gual and mul­ti­cul­tur­al city; over one third of its inhab­i­tants were Jew­ish. The Grodz­ka Gate Cen­ter, a unique muse­um locat­ed next door to the Jew­ish quar­ter destroyed dur­ing the war, aims to uncov­er the mem­o­ry of this past while mourn­ing the vic­tims of the Holo­caust. Thir­ty years ago, a group of artists estab­lished an avant-garde the­atre in an aban­doned space in the area. They quick­ly began to redis­cov­er Lublin’s his­to­ry and the sig­nif­i­cance of the emp­ty spaces near the Gate. The the­atre evolved into a cen­ter for edu­ca­tion and dia­logue, the first such in Poland.

Today, the cen­ter also oper­ates in a vir­tu­al space. You can browse the rich col­lec­tions of oral his­to­ries, pic­tures, and maps with­out mov­ing from home. The cen­ter also presents its exhibits online. One of these is the Atlas of Men­tal Maps, a recent dig­i­tal project fea­tur­ing a gallery of maps from yizkor-bikher (memo­r­i­al books) and the hold­ings of the cen­ter. While sit­ting at home dur­ing the lock­down, I browsed these dig­i­tal maps and spoke on the phone with one of the cura­tors and ini­tia­tors of the exhi­bi­tion, Piotr Nazaruk.

Magdalena Kozłowska: Could you say a few words about yourself? How did you arrive at the Grodzka Gate?

Piotr Nazaruk: I’m not from Lublin, but I studied philosophy in Lublin and I’ve been living here for many years. I’ve been working at the Gate for about five years, and basically, I work there because I’m interested in Yiddish. At the Gate, I am an educator. If we have guests (right now we don’t), I give a tour, but also, I occasionally organize temporary exhibitions such as the “Atlas of Mental Maps.” That was the second exhibition we organized at the Gate with [journalist] Agnieszka Wiśniewska. The first one was showing woodcuts of a practically unknown artist, a Bundist and teacher from Lublin, Rywka Berger.

MK: Could you explain what the Grodzka Gate Center is? What impact does it have on the city of Lublin? It is an institution that has been operating for quite a long time. It started as a theater and then changed a little, right?

PN: We are now celebrating our thirtieth anniversary. Unfortunately the ceremony could not be held [due to the COVID-19 pandemic], but thirty years have passed since the establishment of the NN Theater, where it all began.

In the early 1990s, an avant-garde theater called NN—short for Nomen Nominandum—was created. This Latin phrase refers to the medieval tradition of creating anonymously, not for glory but for the sake of an idea. The name also emphasized cutting oneself off from the past and starting a completely new phase, reflected in the new, post-Communist reality.

And so it happened, quite by accident, that the NN Theater set up its headquarters in the Grodzka Gate, which is one of the oldest buildings in Lublin. In the 1990s it was basically a ruin. Over time, the people working there, and above all the theater’s director Tomasz Pietrasiewicz, began to discover the Jewish history of Lublin and the significance of the Grodzka Gate in Lublin’s mythology. Up to around the middle of the 19th century, the Gate was theoretically a place separating the Christian old town from the Jewish-Polish surrounding area. It was a meeting place for two worlds. And in 1997, the NN Theater turned into the Grodzka Gate Center-NN Theater. Now the theater activity is limited, although still important for the Gate. First and foremost, the center deals with the protection of Lublin’s multicultural heritage.

MK: How is this activity perceived in Lublin?

PN: There are of course some critics of our activity. But I think it’s generally received positively. Recently, for example, Lublin residents voted to recognize the center for the success of the last decade in a poll organized by the Lublin branch of [the newspaper] Gazeta Wyborcza. The Gate has huge photographic resources, interviews we record and publish on the internet, and a lexicon in which we describe various issues related to the city. People use it. The Gate’s activity is present in the everyday life of Lublin. You can always reach for our materials and find something interesting.

MK: Well, it seems that you are not afraid of new media. The Center held a loud social media campaign that involved establishing a profile on Facebook of a Lublin boy who perished in the Holocaust.

PN: Yes, Heniu Żytomirski. This story is a symbol of Jewish children from Lublin and their fate. Żytomirski was born in 1933; he was supposed to go to first grade in 1939, but everything collapsed, his whole world. The ability to use new media, especially now, has proved to be very important. In the current situation [with the COVID-19 pandemic], many institutions that focus on gallery activities have a problem. The Gate can work very well on the Internet.

MK: This brings us to to the online exhibition on memory maps. What exactly are these maps? Where did the idea come from? I know that at the Gate you also collect oral history and the interviewees have been encouraged to draw maps. Did the impulse to put on the exhibition come from there?

PN: Our oral history division has been operating since 1998. Since then, some 40,000 hours have been recorded, and the people we interview are asked to make a map of the area they are talking about. This is partly to refresh their memories, but also because these maps are a subject of fascination for our director Tomasz Pietrasiewicz. I also love maps. And I have gone through a lot of yizkor bikher and knew that they also contain such maps. I came up with the idea to combine these maps in an exhibition, which we opened a year ago in our gallery. It was accompanied by a book with 158 maps. The maps are collected from books on various cities mainly within the current borders of Poland, Ukraine and Belarus. These memory maps are extremely interesting, because they don’t follow cartographic rules. Their purpose is not to faithfully reproduce topography, urban layout, etc. They put a lot more emphasis on the emotional attitude of former town residents to their former homes. And most of these places have changed completely as a result of World War II, especially in terms of population. The Jewish majority who lived there either were murdered or left. Then there were also changes in the overall appearance of these cities. So this is a very intimate insight into people’s memories of these places and the world that is lost forever. The maps also show Jewish toponyms—what different places were called. These are fascinating names with fascinating etymology. These maps are a great source for research on this subject. For example, in one map, an Egyptian street appears. While it is difficult to get these toponyms from the [historical] press, because official names were used there, they can be found very often in these maps.

PN: All maps are available on the website. Our entire catalog is also available as a PDF. There are also essays on memory maps and various additional materials and discussions. I especially recommend a very interesting essay by Professor Olga Goldberg-Mulkiewicz, who was a pioneer of research on these Jewish memory maps.

MK: I understand that the maps from your collection that you use were drawn by both Jewish and non-Jewish interlocutors.

PN: Yes, we also have maps drawn by non-Jews. On one of these maps, the Jewish district in Puławy is less well drawn. One can see that the artist did not go there, and did not remember. But there is also, for example, a map of Bełżec with a path leading to the extermination camp, which the artist remembered as a very small child. It is not necessarily true that these maps do not concern Jews, or that Jewish ones do not apply to non-Jews.

MK: The intersection of worlds. Could this be also studied on the basis of these maps?

PN: In the text accompanying the exhibition, Professor Olga Mulkiewicz points out that, for example, while there is usually not much about the non-Jewish world in the text of the yizkor bikher, only the context of antisemitism and World War II, on these maps there is always a church and various institutions distant to Jews. This was due to the [artists’] intuition that you have to show the whole town. It is probably the same with these maps drawn by [non-Jewish] Poles.

MK: Did any of the maps make a strong impression on you?

PN: There is a very moving map of Jedwabne. It’s very pretty, the town is beautifully drawn, but at the same time there is a burning barn marked. A similar case is the maps of Felsztyn [currently Hvardiiske], a tiny town in the Khmelnytskyi region in Ukraine. A large pogrom took place there around 1919. So the maps often have a very strong emotional charge, which contrasts with their very naive form.

MK: Returning to the beginning of our conversation, where did your interest in Yiddish come from?

PN: There is no history of Polish Jews without Yiddish. You can conduct research in Polish-language sources, but it will always be incomplete. I have been to the YIVO summer course twice. I think that many people who are becoming interested in the history of Polish Jews are struck by this picture of life on the border of the worlds. We read about our hometowns and their fates, we learn that newspapers were published in Yiddish, and that there were different places that are no longer there. I felt such a strong impulse that if I wanted to learn something about this world, I should learn Yiddish—to be able to read the press at least a little, because this is my main interest, and it was important to be able to find out what the Jewish community had to say about itself.

MK: To restore their voice.

PN: Restore their voice or even just listen to it. 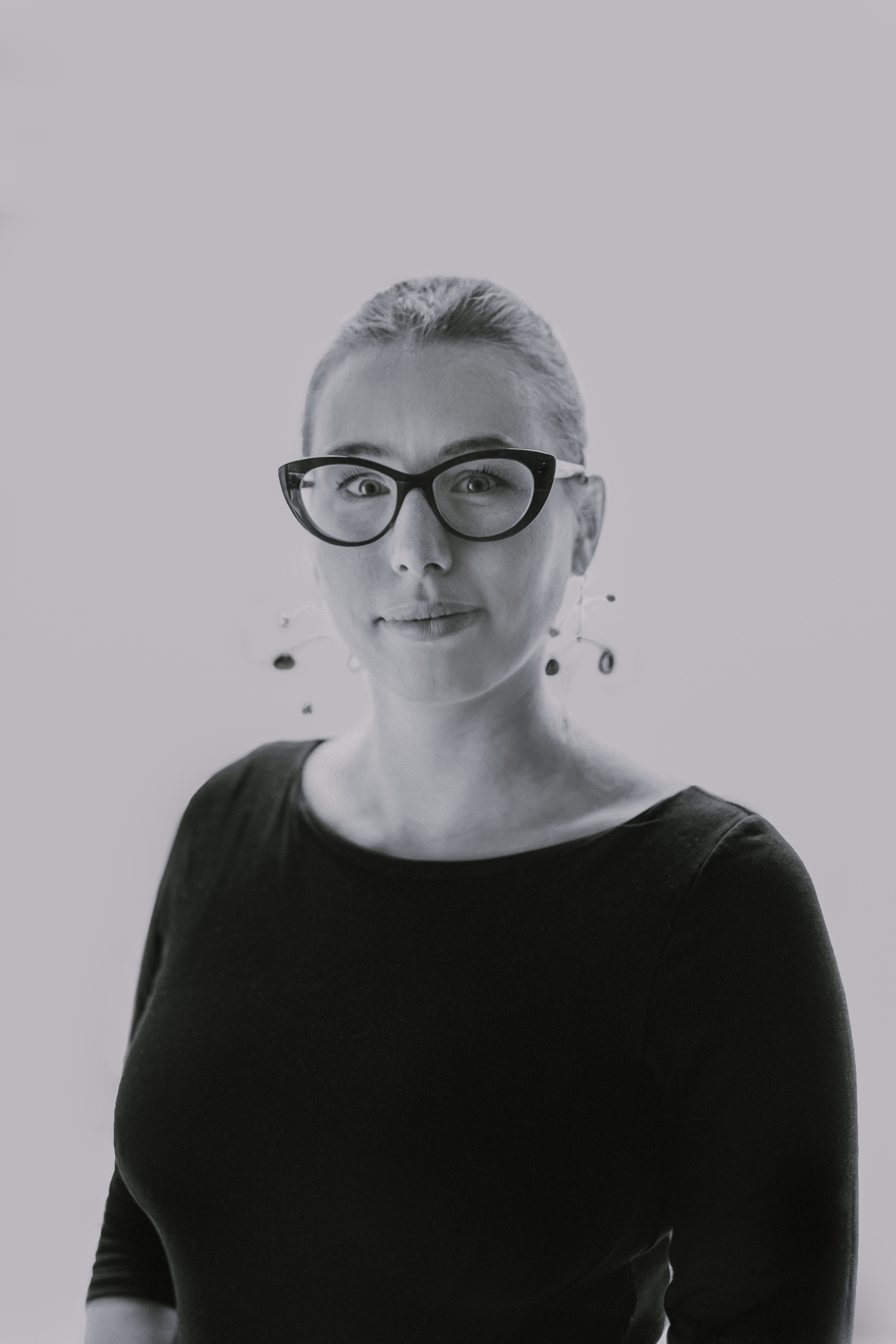 Magdalena Kozłowska holds a PhD in Jewish Studies and an MA in cultural studies from the Jagiellonian University in Kraków, Poland. She works as an assistant professor at the University of Warsaw, Poland. 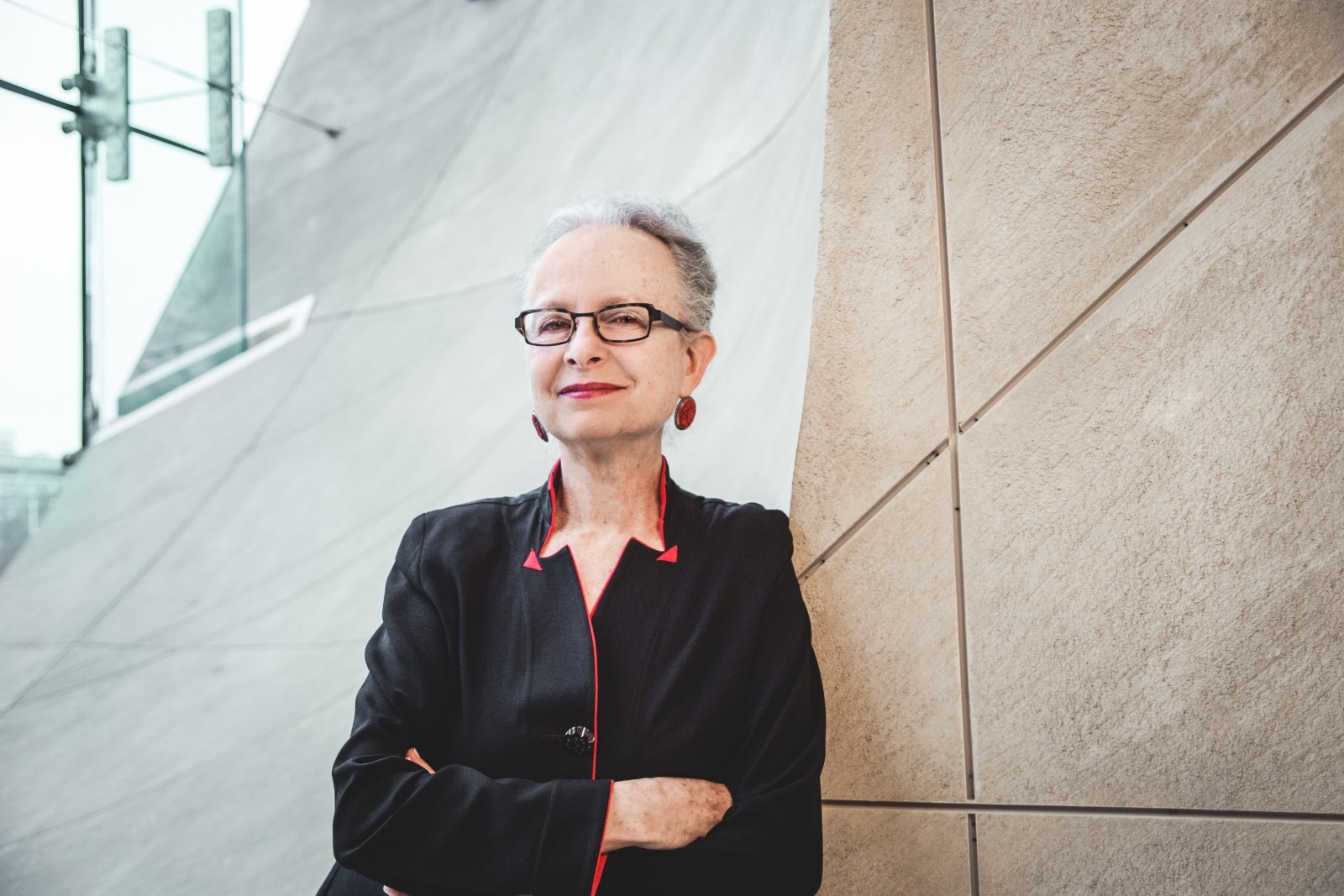 Asch’s Kutno: Celebrating An Author’s Life and Culture in His Hometown 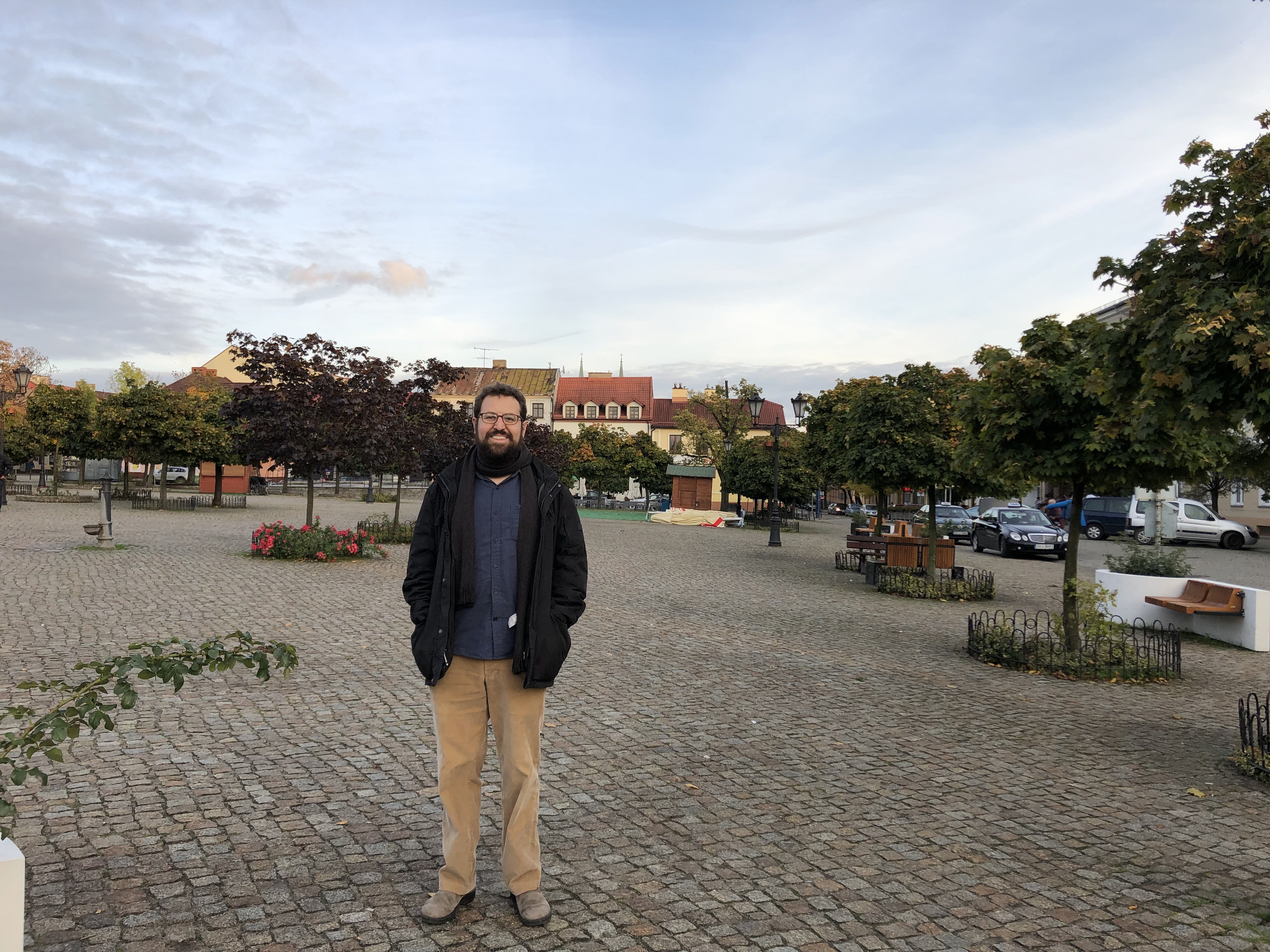 Every two years, the town of Kutno, Poland hosts the Sholem Asch Festival, which organizers describe as an “event connecting the past with the present of Kutno, once a Polish-Jewish town in which Jews constituted over 70% of the population in the 19th century.”