Yiddish Literature in the American West

Yiddish Literature in the American West

Was there a defin­able style of Yid­dish writ­ing pro­duced in the Amer­i­can West? It is time to look beyond New York and exam­ine the unique expe­ri­ences of Jews on the Pacif­ic Coast and the lit­er­ary cul­ture they produced.

Click­er here for a PDF of this article.

An entire day my eyes through the cabin window saw only desert and desert . . . [then] when I felt like I had been really truly asleep without interruption for a while, someone woke me up. Aaron roused me and whispered in my ear with great delight:

I looked and what I saw I have never forgotten: groves full of trees, casting shadows on golden oranges, and the sun of pure gold and everywhere—green valleys and on the green valleys white and red cows grazing so naturally. And above all the palm trees exactly like in the Torah . . .

‘Strana vietshnovo solntsa (land of eternal sun)’—my brother from the Arbeter-ring said to me in a melodious voice and he beamed like the California dawn at what we saw through the window. 1 1 Chaver-Paver (Gershon Einbinder), Zalmen der shuster (Los Angeles: Chaver Paver Book Committee, 1955), 207.

Since the earliest days of European colonization, writers in the American West have examined the natural environments and social dynamics of the region by chronicling their journeys through it. From the works of Spanish conquistadors like Bartolomé de las Casas, to those of explorers like Lewis and Clark and John Muir, the dime novels of the nineteenth century recounting harrowing tales of cowboys and Indians, and more contemporary incarnations by John Steinbeck and Jack Kerouac, the individual travel narrative has come to define the western American literary canon. These texts have informed the American imagination of the West, bolstering nationalist notions of manifest destiny and rugged individualism, as well as the mythos of the frontier as a liminal space for national development and moral redemption, at least for white, Anglo-Saxon men.

Yiddish writers in America wrote travel narratives of their own, including those by Chaver-Paver (excerpted above), Peretz Hirschbein, and Isaac Raboy. They adopted the form as a means of inserting themselves into this literary tradition. But how do these Yiddish works, and the themes and motifs employed in them, compare with the travel narratives written by non-Jews? Did the Jewish writers reach different conclusions about the West than writers from other ethnic backgrounds? How did Jewish writers in the West position themselves on the region’s social, racial, and cultural landscapes? Was there a definable style of Yiddish writing produced in the American West? These questions have not been answered because scholars have not yet fully considered the works produced by Yiddish writers in the West and the salience of regionalism in American Yiddish literature. 2 2 Exceptions include recent works by Rachel Rubenstein, Members of the Tribe: Native Americans in the Jewish Imagination (Detroit: Wayne State University Press, 2010) and Sunny Yudkoff, “’Let it be Consumption!’: Modern Jewish Writing and the Literary Capital of Tuberculosis,” Ph.D. diss., Harvard, 2015.

In the course of my research on the history of Yiddish culture and community organizing in Los Angeles, I have found strong evidence to suggest that Yiddish writers consciously sought to reimagine their literary styles as they adjusted to life in the vayt mayrev (Far West). Even just a sampling of the works produced in the 1920s, when Los Angeles’s economy boomed and the local literary community blossomed, shows the desire of the local Yiddish writers to explore new topics and motifs in their work. They wrote poems about oranges, palm trees, and the ocean; created new journals called Zunland (Sunland), Mayrev (West), and Pasifik (Pacific); and published books with titles like Unter gots himlen (Under God’s Sky), Bleter faln (Falling Leaves), and Kveytlekh (Little Blossoms). The titles of the journals, books, and poems written in Los Angeles reveal a purposeful effort on the part of local writers and poets to create a western style of Yiddish literature that would give voice to the unique experiences of the Jews on the Pacific Coast.

To date, however, the only attempt to characterize these locally-published works was made by Max Vorspan and Lloyd Gartner in their seminal 1970 study of Los Angeles Jewish history, in which they claimed that “the writers seemed bewitched by the drastic contrast between Southern California and their earlier homes,” dismissing their work as “fantasy.” And yet literary historian David Wrobel has identified those very themes—of “movement” and “adjustment”—as defining features of both the travel narrative form and western American writing in the twentieth century more broadly, suggesting that Vorspan and Gartner’s characterization places Los Angeles Yiddish writers comfortably within regional literary traditions. The lack of scholarly consideration of more than six dozen books of Yiddish poetry and nearly a dozen Yiddish newspapers and literary journals produced in Los Angeles in the first half of the twentieth century—not to mention those published in San Francisco, Portland, Oakland, Denver, and St. Louis—has resulted in their exclusion not only from the canon of Yiddish literature but from the western American literary canon as well 3 3 Max Vorspan and Lloyd P. Gartner, History of the Jews of Los Angeles, (San Marino: Huntington Library, 1970), p. 141; David M. Wrobel, “The Literary West and the Twentieth Century,” in ed. Deverell, William, A Companion to the American West, p. 460. The Yiddish-language periodicals published in the West include: Kalifornier shriftn (LA), Dos lebn (LA), Pasifik (LA), Undzer vort (LA), Zunland (LA), Mayrev (LA), Di yiddishe presse (LA), Kalifornyer idishe shtime (LA), Yidish pres (SF), The Jewish Spirit (Portland), Der vekhentlikher shtern (Denver), Vestern idishe velt (Denver), Der vorsteher (St. Louis).

In February, I began a new initiative to recover the works of the Yiddish writers of Los Angeles and thereby expand our understanding of the regional varieties of American Yiddish literature. I am working with translators and scholars from across the country to assemble an anthology of Yiddish works published in and about Los Angeles, and I am using digital technologies to accelerate the process of collecting, analyzing, and publishing them. Each work we collect will be published online alongside an English translation, linked to a biographical sketch of the author, and tagged with metadata that identify specific themes and motifs. We can then use analytical tools to visualize our findings in a variety of ways, allowing us to assess if there was a distinctive Los Angeles style of Yiddish writing, what its defining characteristics may have been, and open up new lines of comparison to both Yiddish writers elsewhere and other writers based in the American West. By capitalizing on the heuristic potential of the digital humanities, we can shed new light on Yiddish’s place in the literary landscapes of Los Angeles and Los Angeles’ place in di goldene keyt (the golden chain of Yiddish literary tradition).

More exciting, to me, is that by building this digital anthology, we will forge a collaborative community, bringing together students, scholars, translators, librarians, archivists, and Yiddish cultural organizations to focus on these long-forgotten works. Yiddish culture in Los Angeles emerged from similar collaborative communities nearly a century ago: the Yiddish writers who settled there formed reading circles and literary clubs like the Grupe mayrev (Group West) to develop local publications and pool their creative energies to forge a local style. We can reinvent that practice in the digital space, creating a forum for scholars and members of the public, including those without Yiddish-language skills, to engage with these texts and consider their local, regional, and transnational influences, and in the process foster interdisciplinary dialogues and open up new lines of historical inquiry. 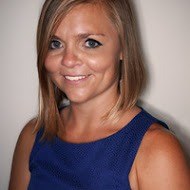 The Latest in Yiddish Studies in English: 2019

LeiAnna Hamel and The Editors 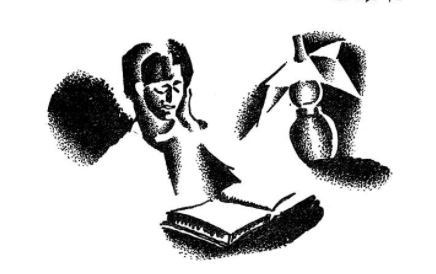 The newest installment of our annual effort to gather together the latest publications relevant to Yiddish Studies in English. 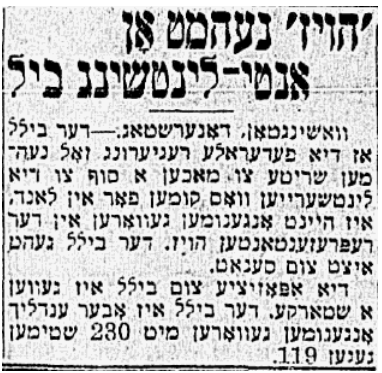