In 2011, the year before his death at age 83, beloved illustrator Maurice Sendak published Bumble-Ardy. The bold and brassy children’s picture book tells of a neglected, then orphaned, full-cheeked pig who at eight years old has never had a birthday celebration. The forbidden, chaotic, and duly delightful fête that he throws himself ends badly when his aunt, who has adopted him, walks in and makes everyone leave, threatening all the while to “slice” them “into ham.” To appease her, Bumble-Ardy promises: “I won’t ever turn ten!” Speaking of the book in an interview with The Paris Review, Sendak mused of the peculiar turn of events: “It resembles what actually occurred to me as a child. Terrible things happened and were not explained…. So what did kids do? You had to form a kind of fake life, to protect yourself. Because you learn very quickly that parents can’t protect you.”

In Golan Y. Moskowitz’s engrossing Wild Visionary: Maurice Sendak in Queer Jewish Context, he tells of the fantasy worlds that Sendak created over his lifetime, initially as a form of self-preservation, a way of surviving a world hostile to overt displays of queerness and Jewishness, and eventually — and rebelliously — as a form of pleasure and self-expression. The many “fake lives” that Sendak created on the page — worlds of joy, wonder, fear, and pain; bizarre creations full of goblins and wild things, costume parties and children turned to ice — attracted a mass of readers. Children and adults alike found in Sendak’s works spaces for “emotional possibilities forgotten or ignored” (2). These spaces, as any reader (and, accordingly, re-reader) of Where the Wild Things Are or In the Night Kitchen knows, offer glimpses into regions of the heart and mind that are often otherwise inaccessible.

Through a blend of well-researched cultural history, literary criticism, and biographical storytelling, Moskowitz skillfully sheds light on his research subject, emphasizing in particular how Sendak’s life and career were shaped by political and social forces that, in the end, could never be entirely explained. This is because, as Sendak knew well, the adult world is just as inexplicably terrifying and, in turns, beautiful, as the one inhabited by the very young. It’s just that most grown-ups have been exhaustively socialized to forget, or dismiss, the very thoughts and feelings that they were not allowed, or supposed, to voice as children.

Moskowitz divides his book into five central chapters, loosely arranged chronologically and each clustered around a common theme—though queerness and Jewishness fittingly remain central concerns throughout. Sendak’s early life in Brooklyn, covered in chapter 1, is especially compelling. He was the child of Polish immigrants, a mother and father (Sadie and Philip) who came to the U.S. before WWI and who were both, respectively, children of rabbis. (They met over a shared affection for the stories of Sholem Aleichem.) Sendak grew up in an emotionally distressed household. His Yiddish-speaking parents were overworked, stressed out by the effects of the Depression, by young Maurice’s repeated bouts with illness, and, eventually, by the pressure to pay for their relatives to come over. In the end, they could not gather enough money, and his father’s relatives were all killed in the Holocaust. The guilt of these events haunted the family, and Sendak, over the course of their lifetimes.

Moskowitz interweaves this story of Sendak’s domestic household, including an older, beloved brother and sister, with the many outside American influences that molded the young boy’s worldview, often conflicting in their messages. There was the Lindbergh baby kidnapping and murder (initially graphically documented in the newspaper), which Sendak described as “the major event of my childhood, and probably the source of my conviction that it’s impossible to shield children from frightening truths” (qtd. in Moskowitz 39). There was life in the city in the 1930s, including the various immigrant communities among which he grew up, Disney’s Pinocchio, the 1939 World’s Fair, comic books, The Wizard of Oz, and Yiddish children’s periodicals, telling of horrors far away. As Moskowitz sums up this early life, traces of which can be found in books Sendak later created, like Outside Over There (1981), Kenny’s Window (1956), and the aforementioned Where the Wild Things Are (1963) and In the Night Kitchen (1970), he explains how “[t]he artist’s sensibilities emerged on a tightrope between pressures of acculturation and the consuming emotional needs of his family” (33).

From Sendak’s youngest years, Moskowitz moves, in chapters 2 and 3, to the ways in which the author and artist’s earliest published works reflected a kind of “queer birthing”: they were opportunities in which he could explore, however surreptitiously, those expressions and desires forbidden to him as a child (80). Starting at FAO Schwartz as a window display assistant, Sendak was soon taken under the wing of Ursula Nordstrom, a tremendously influential mid-century publisher and editor of children’s books. Nordstrom was invested in the creation of “good books for bad children”—a radical departure from the generally conservative mid-century landscape of children’s publishing—and, as Moskowitz explains, she had “a penchant for nurturing the suppressed emotional world of artists” (109). These included, in addition to Sendak, groundbreaking figures like Ruth Krauss and Crockett Johnson (The Carrot Seed), Arnold Lobel (Frog and Toad series), and Margaret Wise Brown and Clement Hurd (Goodnight Moon and The Runaway Bunny).

Sendak’s early works, which comprised some collaborations, included subtle but groundbreaking depictions of “same sex affections” (Kenny’s Window), distracted new mothers (Very Far Away, 1957), and ambiguous depictions of gender (A Hole is to Dig, written by Ruth Krauss, 1952). Given Sendak’s loving and empathic depictions of outsider figures of varying stripes, Moskowitz artfully posits him as a kind of “parental protector of those who do not belong in conventional, bourgeois families that restrict certain possibilities” (81). Sendak would not publicly come out as gay until very late in his life, but in his earliest books, as Moskowitz carefully traces, he expressed an interest in “childhood’s universal queerness” (4) and saw, in childhood, “the playful possibility of moving between worlds” (3).

Chapters 4 and 5 outline, in part, Sendak’s trajectory in the 1960s, 1970s, and 1980s, when mainstream American writers and artists were increasingly willing—encouraged, even, to a certain extent—to centrally depict underrepresented figures. First ahead of his time, and now a natural part of the zeitgeist, Sendak had, according to Moskowitz, “A career focused on recovering and communing with his earliest emotions” which “was, for Sendak, the natural progression of a long-internalized battle to preserve social and creative difference against pressures of assimilation” (126). These years saw Sendak first living in Greenwich Village, at one point just blocks from where the Stonewall Riots unfolded, and eventually moving to the home where he would live out the rest of his life in Ridgefield, Connecticut. It was in these decades that he also experimented more widely with new storytelling modes, collaborating, usually as set and costume designer, on a number of productions including The Magic Flute, The Nutcracker, Hänsel und Gretel, and several shows based on his own works, like an opera based on Where the Wild Things Are and an Off-Broadway musical, Really Rosie. Moskowitz sees Sendak’s turn to these theatrical modes as an extension of his interest in exploring and expressing his own “stigmatized identity” (142). As he explains, “Theatrical devices…helped Sendak resist uncomfortable internal clashes related to his ethnic and social positions” (145). As in picture books, on stage Sendak could play with the uncertain, yet contingent, relationship between visuals and words, between what is seen or voiced and what is silenced or hidden.

But Sendak’s turn to the theater was also a response to an increasingly mainstream, hypocritical children’s book industry. “He watched with disgust as the industry ‘sold out,’ abandoning craft for money and self-promotion,” writes Moskowitz (166). Indeed, Moskowitz notes a tension, particularly in Sendak’s later works, between the freedom of being an outsider that so many of the works seem to celebrate, and the ways in which the works—and the life—also reveal how separation from communal, accepted forms of belonging often results in painful isolation and stigmatization. (Bumble-Ardy, as a case in point, only reconciles with his aunt once he promises, of his birthday celebrations, “never again!”) Confronting, in the latter half of his life, his own declining health, the death of his parents, and the AIDS crisis, Sendak increasingly withdrew from the world. Moskowitz tells the story of how, after sharing with a New York Times writer, in 2008, the fact that he was gay, he spent the rest of the day worrying about “his remarks…that they might have sounded odd or jarringly frank” (197). As Moskowitz keenly observes, “Sendak’s fretting reflected his understanding of the delicate but treacherous relationships between exposure and endangerment, liberation and retaliation” (197-8). The creation of “fake lives” can be a means of finding freedom and agency, but these “fake lives” can also, and just as easily, become forms of imprisonment and limitation.

In Wild Visionary, Moskowitz presents a sensitive and discerning depiction of the life and work of Maurice Sendak, and the ways in which his story offers insights into broader tensions: between what children, and people more generally, see and need, and what the world thinks they see and need; between the worlds of cultural production and the various, often unseen forces that manage both to stifle and reward freedom and creativity. Moskowitz joins scholars like Jodi Eichler-Levine and the late June Cummins, who have centralized the often-forgotten role that race and ethnicity have played throughout the history of North American mainstream children’s publishing. By emphazing Sendak’s queerness alongside his Jewishness, Moskowitz’s book has also joined recent, more public calls to expose the queer history of children’s literature, particularly pre-Stonewall, that has often been left unrecognized. (See, for instance, Jesse Green’s 2019 New York Times essay, “The Gay History of America’s Classic Children’s Books.”)

In reading Moskowitz’s keen analyses of Sendak’s individual works, so many of them visually rich, it was difficult not to crave pictures to go along with the descriptions and interpretations. At times, too, the book’s material felt somewhat cyclical and repetitive. But perhaps this is the most suitable way to tell the story of one who seemed to return, again and again, to the same subjects over time, though always from a fresh perspective and with an altered style. Like one of his heroes, Emily Dickinson, Sendak was a master of training his reader’s capacity to see and hear the things they do not realize they are already seeing and hearing; to lovingly, and judiciously, make mountains out of molehills. 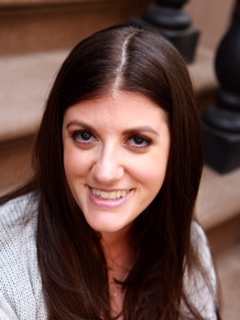 Tahneer Oksman (tahneeroksman.com) is Associate Professor of Academic Writing at Marymount Manhattan College, where she teaches courses in writing, literature, and journalism. 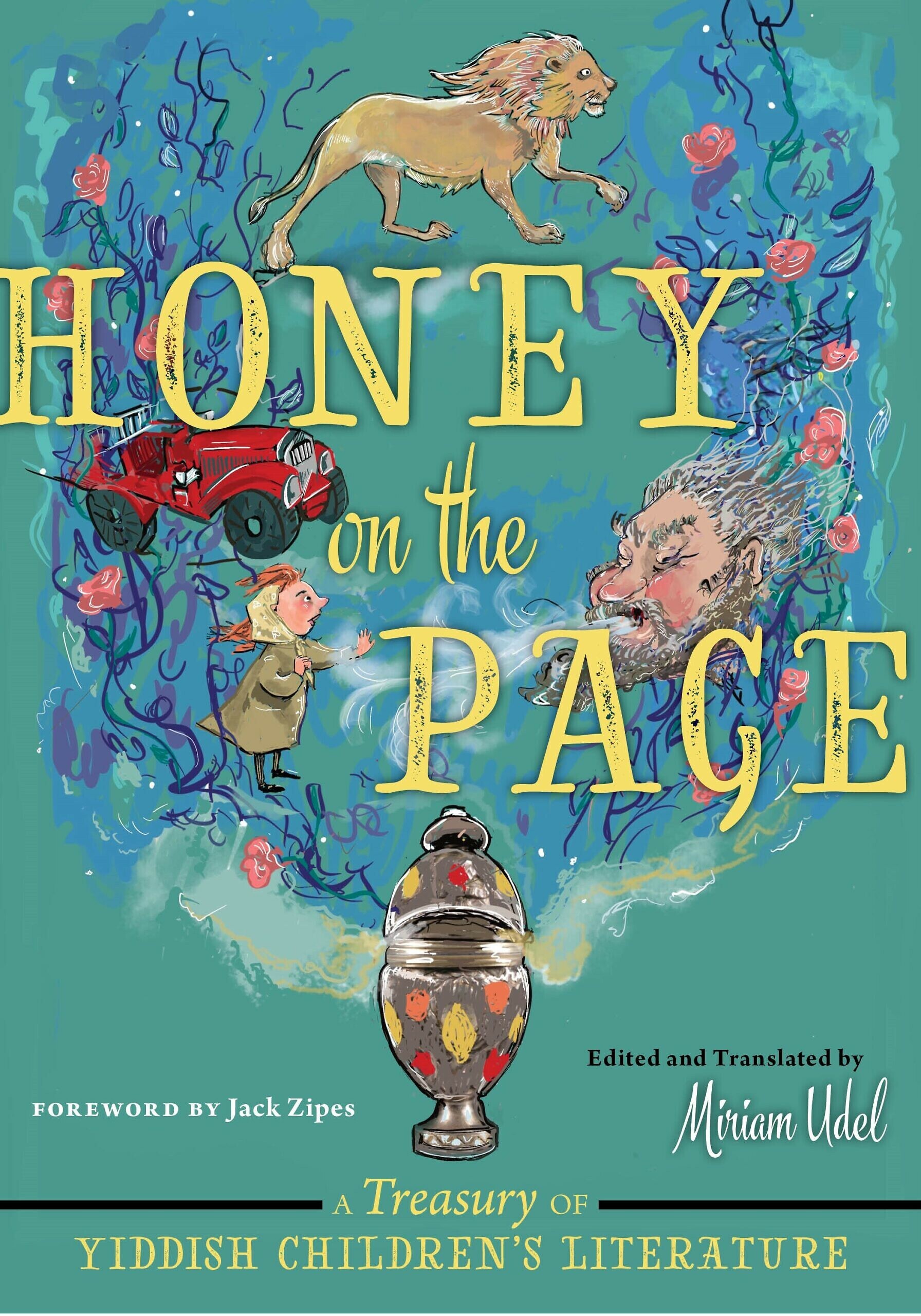 Review of Honey on the Page: A Treasury of Yiddish Children’s Literature, edited and translated by Miriam Udel.

Review of A Rainbow Thread: An Anthology of Queer Jewish Texts From the First Century to 1969 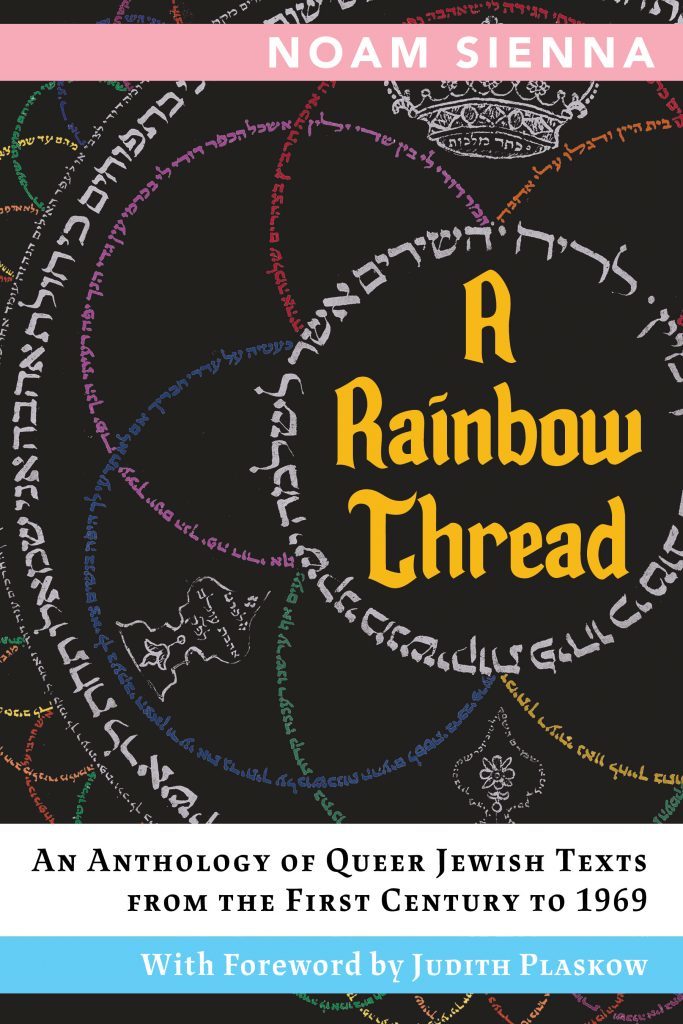 Sienna’s book attempts to set the record straight (as it were) by bringing together and deeply annotating 120 diverse Jewish texts that each shed some light on Jewish LGBTQ lives, Jewish histories of same-sex eroticism, and Jewish experiences of gender transgression.