Who was Avrom Goldfaden, really? Renowned as an important dramatist and the self-proclaimed Father of Yiddish Theater whose work inspired playwrights for generations to come, he was also derided by many as a hack who wrote trashy, shund plays designed only to appeal to the lowest common denominator. Was he the refined gentleman who spoke Russian and always wore a top hat and white gloves or a populist hero and champion of the masses? Was he victimized by his colleagues who shut him out of the Yiddish theater? Or was he a dictatorial egomaniac who could not bear to share the spotlight?

The notion that some of the Yiddish theater’s most important and central figures have been woefully understudied will not be new to frequent readers of In geveb. Indeed, most books on Yiddish theater fill critical scholarly lacunae. But The Rise of the Modern Yiddish Stage does more than just shed fresh light on Goldfaden and his contributions; it interrogates and overturns long-held narratives about how Yiddish theater came to be and what it meant to its earliest audiences. These narratives, Quint convincingly argues, were suffused with ambivalence (and in some cases, passive aggressiveness) that tell us more about how Goldfaden was perceived by his rivals and contemporaries in the theater world than about his historical significance and lasting impact.

Quint’s clear prose and well-structured argument successfully dispel several historiographic inaccuracies that have long been believed about Goldfaden. His core audiences, Quint demonstrates, were not the lower-class masses that competitors like Jacob Gordin openly derided, but were rather urban and squarely middle class. Goldfaden’s reputation as a “folk artist,” Quint argues, has more to do with mythology than fact.

The Rise of the Modern Yiddish Stage is part of a new wave of Yiddish theater scholarship that is informed by the methodologies and debates of fields beyond the study of Jewish theater. Instead of just examining Goldfaden, Quint aims to situate him in his full historical and social context. As the title suggests, this is just as much a book about how Yiddish theater got started as it is about its self-proclaimed father figure. For Quint, Goldfaden is a lens through which to examine “the social life of Jewish theater in imperial Russia” at large. The book offers us a wide ranging view of that social life – from close readings of Goldfaden’s most influential operettas to chapters that foreground the actors, audiences, and critics of the early Yiddish theater. Quint’s focus on the actors of the early Yiddish theater is particularly significant. Because so many important figures in Yiddish theater have been understudied in English-language scholarship, scholars have often focused on those more central figures and devoted less attention to lesser-known figures, troupe dynamics, and audiences. The Rise of the Modern Yiddish Stage offers a compelling model for how to write a study of a central figure that also recognizes and amplifies the contributions of others who have historically not been recognized as central to that story. As Quint suggests, looking at Goldfaden through the “father figure” lens has diverted attention away from the lives of other actors and audience members who, she argues, “best reflect the social and cultural consequences of Goldfaden’s enterprise.” In other words, to understand Goldfaden is to understand modern Yiddish theater, and yet, one must fully understand the dynamics of the early modern Yiddish stage in order to accurately understand Goldfaden.

It is a delicate balancing act, and at times, poses challenges for Quint. The Rise of the Modern Yiddish Stage is very ambitious for its 205 pages, and occasionally sacrifices scope for depth. After a first chapter in which Quint reconsiders Goldfaden’s reputation as a populist theater maker and firmly establishes him as a writer who identified with and wrote for the urban middle class, she has several chapters that each pair a Goldfaden play with a broader topic about the early days of the modern Yiddish stage. The second chapter considers “The Rise of the Yiddish Actor” alongside a close reading of The Sorceress. The third examines “The Rise of the Yiddish Theater Audience” together with The Two Kuni-Lemls. The fourth chapter looks at the development of Yiddish playwriting next to a reading of Doctor Almasada. The fifth chapter considers the position of female Yiddish actors during this time period along with an analysis of Shulamis, and the sixth and final chapter deals with the Russian empire’s ban on Yiddish theater and Goldfaden’s later years. I found each of the middle chapters fascinating but I often felt that they were trying to cover too much ground in not enough space. For example, in the chapter on Yiddish theater audiences, Quint briefly mentions ads and reviews for Goldfaden plays that appeared in the non-Jewish press, but then quickly moves on to a close reading of The Two Kuni-Lemls. I would have appreciated a somewhat longer chapter that more fully engaged with questions about who attended Goldfaden performances and how they were marketed. Similarly, in the chapter on playwrights, I would have appreciated more of an in-depth account of the playwrights and theater entrepreneurs of this era, alongside more information on their fascinating relationships with Goldfaden. All in all, I found the pairings of close readings of Goldfaden’s plays with the chapter themes more effective in some chapters than others.

Overall, however, The Rise of the Modern Yiddish Stage offers a sophisticated and long overdue reckoning with the origins of Yiddish theater. This book will enable a new generation of scholars to reconsider what we all thought we knew about the history of Yiddish theater’s emergence, and will pave the way for new scholarly perspectives on this period. In her introduction, Quint correctly calls the early days of the modern Yiddish theater “a neglected literature and orphaned history.” But with the publication of this excellent monograph, it is orphaned no more.

Caplan, Debra. “Review of The Rise of the Modern Yiddish Stage by Alyssa Quint.” In geveb, November 2019: https://ingeveb.org/articles/review-of-the-rise-of-the-modern-yiddish-stage-by-alyssa-quint.

Review of Yiddish Empire: The Vilna Troupe, Jewish Theater, and the Art of Itinerancy by Debra Caplan 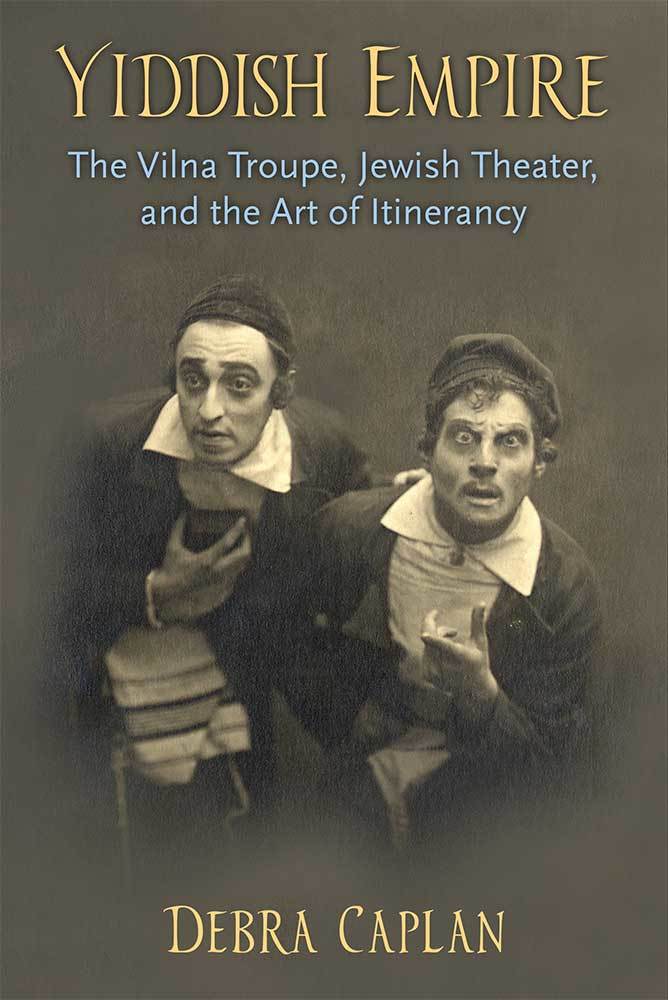 In the brief decade of its existence, the Vilna Theater Troupe radically changed Yiddish theater, and the global stage. 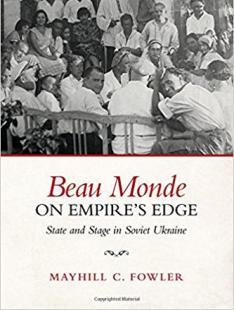 Mayhill Fowler’s book shines light on the blind spots of national cultural histories of turn of the century Ukraine, following the often uneasy interface between authorities and art institutions.