Call for Papers: Murder, Lust, and Laughter, or, Shund Theatre

Call for Papers: Murder, Lust, and Laughter, or, Shund Theatre

The story goes something like this: I. L. Peretz goes to the theatre to attend a performance of a play he considered shund. Yiddish theatregoers, he thought, should patronize only elevated, sophisticated art theatre, not what he considered lowbrow performances. During the performance he was said to have stood up in protest, publicly performing his disdain for this type of play. After his outburst, he reportedly stormed out of the hall. But then—and here’s the twist—he secretly came back in and enjoyed the rest of the performance. It wasn’t art theatre, but it was entertaining. Even Peretz thought so.

For decades, critics and scholars of Yiddish theatre have often analyzed Yiddish theatre and drama through a lens that pits two forms of Yiddish theatre as oppositional: kunst vs. shund, “art” vs. “trash,” highbrow vs. lowbrow, “serious” vs. “popular” theatre. Hand in hand with this approach has been a tendency to take what has been considered highbrow Yiddish theatre more seriously than what was deemed lowbrow. As a result, both the aesthetic accomplishments and historical impact of shund plays and productions have often been relegated to the sidelines.

The guest editors seek contributions for a special issue of In geveb on shund theatre and drama. The aim of this special issue is to place Yiddish popular theatre within its own historical context, demonstrating the central place that shund had in the repertoire, the success of many of these plays as works of theatrical art, and the impact they had on audiences, theatre artists, critics, and the repertoire itself. Articles may cover a variety of topics, but the hope is that they engage seriously with shund theatre as part of the history of Yiddish theatre. Some themes to consider:

Authors will also have the opportunity to contribute plot synopses to the Digital Yiddish Theatre Project’s “Plotting Yiddish Drama” initiative, which seeks to develop a database of the plot synopses of Yiddish plays representative of the breadth and variety of the repertoire.

Call for Submissions
From the Editors
popular culture
theater

Editors, The. “Call for Papers: Murder, Lust, and Laughter, or, Shund Theatre.” In geveb, May 2020: https://ingeveb.org/blog/call-for-papers-murder-lust-and-laughter-or-shund-theatre.

Call for Pedagogy Submissions: Class in the Classroom 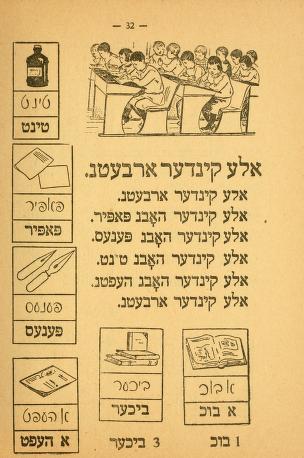 A call for pedagogy posts on teaching about historical and present-day issues of class and labor.

Universities around the globe have closed their campuses and many of our readers are shifting their courses online. In geveb is seeking best practices, advice, lesson plans, asynchronous assignments, descriptions of why and how you use particular digital tools and resources, personal essays, and more.