A few paragraphs into The Zelmenyaners, while discussing the eponymous family’s unique traits, Moyshe Kulbak’s novel briefly leaves the space of a Minsk courtyard founded by the family patriarch Reb Zelmele, where the entire clan resides, and turns to the space of a train car:

It’s been known to happen that, in a railroad car packed with Jews all yawning at a frosty morning, someone opens his eyes and asks a passenger:

“Excuse me. You wouldn’t happen to come from N_____, would you?
“As a matter of fact, I would.’
“You’re not a grandson of Reb Zelmele’s!”
“To tell you the truth, I am.” 1 1 Moyshe Kulbak, The Zelmenyaners: A Family Saga, trans. Hillel Halkin and with an introduction and notes by Sasha Senderovich (New Haven: Yale University Press, 2013), 4; Zelmenyaner (Minsk: Tsentraler felker farlag, 1931), 6.

The quick switch is not only spatial—from a settled location to the moving train—but also temporal. In the middle of a discussion about the Zelmenyaners at the onset of the narrative present—a time that coincides with the launch of the novel’s serial publication in the Yiddish monthly Shtern in 1929—Kulbak appears to tell us something that was going to happen only in the future. The family members that Reb Zelmele assumed would remain in the Minsk courtyard in perpetuity have, instead, picked up, dispersed, and begun to travel far and wide.

The train anecdote—a small detail located outside the space of Reb Zelmele’s courtyard and outside the narrative time of the novel—offers a clue about how one might read and teach The Zelmenyaners, which is now available in English, for the first time in an unabridged form, in Hillel Halkin’s translation from the Yiddish and with my introduction and notes. This snippet of reported dialogue on the train seems at first to be a throwaway observation. But this moment of identification is simultaneously spun centrifugally, its implications reverberating throughout the rest of the novel. This amplification of the peripheral also occurs with the novel’s protagonists who are so numerous that they at first appear similarly marginal. At various moments, the novel’s characters—most of them members of Reb Zelmele’s prodigious clan—move, interchangeably, in and out of the spotlight. The novel, as it were, has no single central protagonist: the interpretation of the text may change depending on which protagonist happens to hold the reader’s attention.

The Zelmenyaners is a family saga—or, to be more precise, a drastically slimmed-down parody of one. This is no Buddenbrooks or The Forsyte Saga with their hundreds of pages and detailed lives of the protagonists tracked over multiple decades. Neither is Kulbak’s novel similar to other loquacious adaptations of the family saga to Yiddish letters: it’s not quite like The Brothers Ashkenazi by Israel Joshua Singer, not The Family Moskat by Isaac Bashevis Singer, not even a later Soviet Yiddish novel by Der Nister, The Family Mashber. Kulbak compresses the time frame, reducing it from the usual multi-year sweep of the family saga: here, all generations exist simultaneously. The protagonists are sketches, often reduced to a set of traits that define them—traits that occasionally appear almost caricatured. Yet, the cast of characters is so large that a reader of the novel may need a family tree to keep track of who is who, how the protagonists are related and, as the members of the youngest generation begin to marry and bear progeny (not always in this particular sequence), to note which members of the family begin to branch further out. Like readers of long Russian novels in translation, the reader of The Zelmenyaners could benefit from a list of names that accompanies many English-language editions of War and Peace and Anna Karenina. Just the same, one needs to keep in mind that the names of Kulbak’s protagonists are no dignified appellations of Tolstoy’s aristocratic nobility but folksy sobriquets of proste yidn, simple Jews.

The narrator of the novel reports that Reb Zelmele’s last will and testament included the stipulation that his family, in all of its many branches, remain forever in the courtyard—the space of an East European hoyf where little houses are clustered around a common area. If his family’s subsequent non-compliance with such a demand were placed at the center of the novel, it might read like a narrative of decline—a reading consistent with the prevailing Cold War-era view that the “Jewish” in “Soviet Jewish” was an ever-thinning layer of identity that hardly lived up to the standards of various normative definitions of Jewishness. In such a reading, the train interlude at the beginning of the text might lead to the assumption that Reb Zelmele’s progeny would vanish once they were no longer tied together by the single shared living space.

If, however, the spotlight shifts to illuminating the many conflicts that emerge between the generation of Reb Zelmele’s stalwart children and their wives (the novel’s four sets of “uncles” and “aunts”) and their children, all of whom have come of age with the Bolshevik revolution, a far more dynamic picture emerges. In this scenario, The Zelmenyaners follows, in the satiric detail characteristic of the novel, the uneasy and protracted process of negotiation between Jewishness and modernity—to be more precise, modernity in its specifically Soviet iteration. The Zelmenyaners’ courtyard is linked to the rest of the growing metropolis by urban rail and to the rest of the country and the world by radio waves; the courtyard is exposed to Soviet ideology through the introduction of electricity and receives a political education by way of literacy schooling. The novel’s depictions of these encounters chart the process by which the Soviet Jew comes into being. Publishing his novel serially between 1929 and 1935, Kulbak depicted the process of accommodation, adjustment, and change, which scholars of Soviet Jewish history and culture—among them Elissa Bemporad, Anya Shternshis, Harriet Murav, Gennady Estraikh, and Mikhail Krutikov—have begun to explore only recently.

The traits of this Soviet Jew are the product of all the interactions between the different Zelmenyaners, and Kulbak catches this dialogic process in media res, uncertain of its results. Ultimately, composed of the voices of so many characters, the Zelmenyaners’ courtyard turns out to be the novel’s only clear protagonist. This protagonist is the one whose displacement is hinted at the novel’s beginning. Yet, the interlude about the train makes it clear that the passenger who has spotted a descendant of Reb Zelmele’s in a crowded railway compartment did so because he “has smelled Reb Zelmele’s odor in his sleep without realizing it.” This smell, we’re told—“a faint odor of hay mixed with something else”—is a product of the family’s life in the courtyard. Given the persistence of something unique about the family even after the family’s dispersal from a single unifying location, Kulbak appears to suggest that while the contours of the Zelmenyaners as Soviet Jews remain unclear, their underlying traits—and, with them, some inescapable yet hard-to-describe brand of Jewishness—remain no matter what changes the family undergoes. Dispersal, then, does not have to spell disappearance: Kulbak’s novel sets in motion a complex process of diffusion of a kind of Jewishness nurtured in an organic space of an East European courtyard and modified in a new Soviet context.

Readers are meant to trace the shades of conflict between characters: the tensions between Uncle Itshe the tailor and his son, the hapless policeman Bereh; or the tragically unrequited love between the cousins Tonke and Tsalke; the whipping that Uncle Folye received as a boy from his father, Reb Zelmele, which continues to gnaw at him for the rest of his life, affecting his relationships with all of his relatives; Tsalke’s painstaking attempts to write down and archive his family’s history which conflicts with different family members’ accounts of their own past. By observing closely these unresolved clashes between various branches of the Zelmenyaner family tree, one can begin to map this diffusion of pre-Soviet Jewishness into Soviet Jewishness. In this way, Kulbak’s novel can be seen as a foundational text of the Soviet Jewish experience. The echoes of the characters’ dialogic engagement with modernity continue to reverberate throughout the literature of the Soviet Jewish experience in Yiddish and in Russian, and carries on to this day, now in post-Soviet Jews’ immigrant languages of English, German, and Hebrew. Gary Shteyngart’s recounting of his émigré Soviet Jewish family’s history in his 2014 English-language memoir Little Failure carries some of the comedy—always tinged with tragedy—that Kulbak offers in The Zelmenyaners.

A generation after Sholem Aleichem’s Tevye the Dairyman, in which societal conflicts and the experience of modernity are traced through the story of a single family, Kulbak doubles up—or, rather, quadruples up—on this narrative structure’s potential to generate plot. Instead of one Tevye confronting modernity during the waning years of Imperial Russia through encounters with his recalcitrant daughters, Kulbak creates four Tevye-like figures in the guise of the four “uncles” in The Zelmenyaners, each of whom has offspring to debate and argue with. 2 2 The four “uncles” also have three sisters, about which the novel tells us almost nothing—Kulbak may have intended to use them for additional plot but didn’t. The novel bursts with voices of these many family members. Therefore, the family tree—created by David Coons and inspired by the work of constructivist Soviet artists such as El Lissitsky—that accompanies this essay, is meant as a study aid for the novel’s readers, who are invited to chart the hilarious yet profound conversations between the Zelmenyaners across the generations and, through them, to follow the process of the creation of the Soviet Jew.

Senderovich, Sasha, and David Coons. “A Clan on the Move: A Zelmenyaner Family Tree.” In geveb, October 2015: https://ingeveb.org/blog/a-clan-on-the-move-a-zelmenyaner-family-tree. 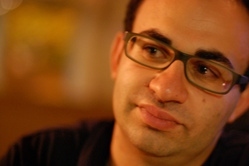 Sasha Senderovich is Assistant Professor of Russian and Jewish Studies at the University of Colorado, Boulder. 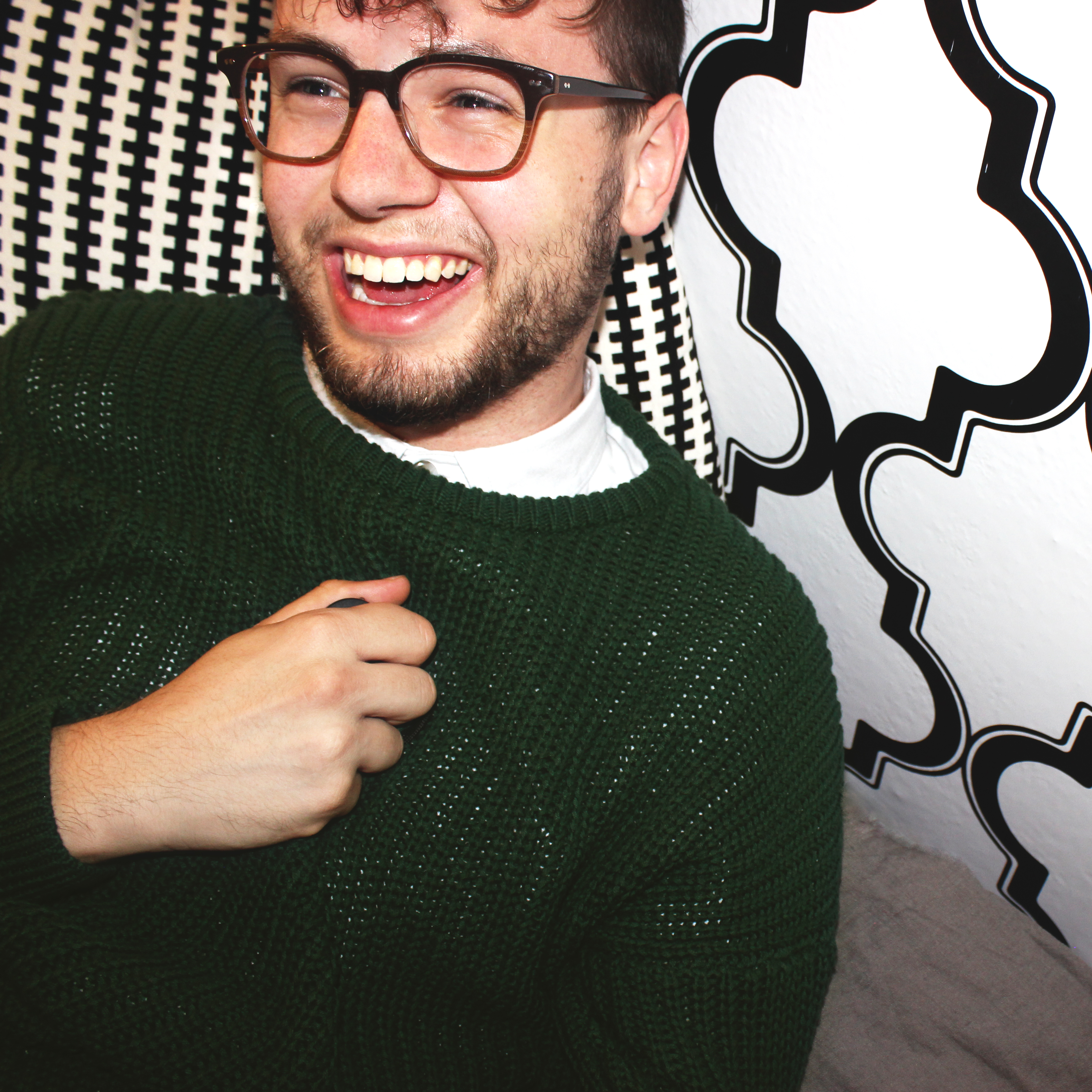 David is a fourth-year student at the University of Colorado, Boulder, working on his BA in Jewish Studies and in Studio Arts with a designated emphasis in Photography and Digital Arts. 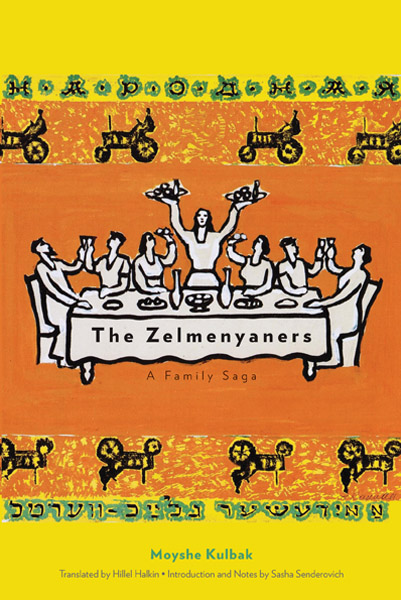